Police are hunting a ‘dine and dash’ couple who swindled up to a dozen pubs and restaurants by fleeing without paying for meals during a ten-month crime spree.

The pair are thought to have claimed their card was declined during their brazen tricks on the beleaguered hospitality venues across East Anglia.

They would then leave a fake address and phone number before vanishing into the night.

The couple have been enjoying their lavish lifestyle drinking bottles of high-end wine and spirits with the free gourmet food.

On one occasion they even managed to dodge paying after staying a week at a hotel.

The brazen fraudsters have been eating out at fine dining restaurants and hotels across East Anglia and Essex for free every day of the week.

Norfolk and Suffolk Police are investigating five linked incidents which have been reported to them, but the victims are confident there are more cases.

Julie and Stephen Penney who run the Swann Inn in Monks Eleigh, Suffolk, were hit by the fraudsters on Halloween.

The couple racked up a bill of £56 having several courses washed down with double vodkas.

Mrs Penney saw nothing amiss when their card was declined. The 52-year-old said: ‘They have this down to a fine art. 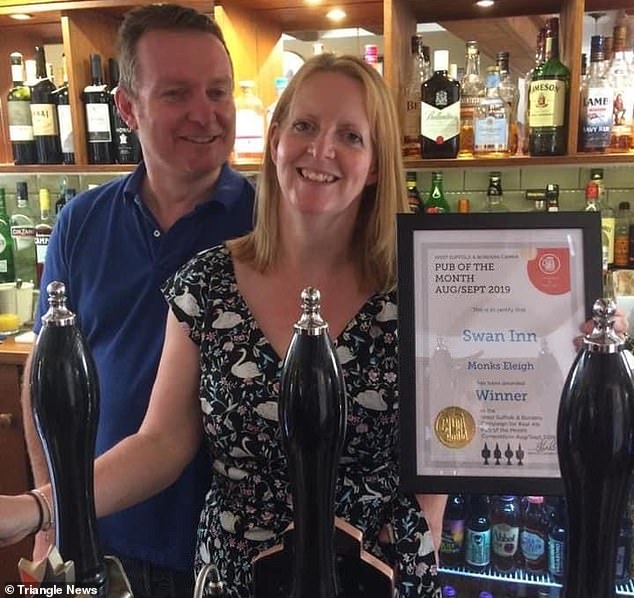 Julie and Stephen Penney (pictured) who run the Swann Inn in Monks Eleigh, Suffolk, were hit by the fraudsters on Halloween 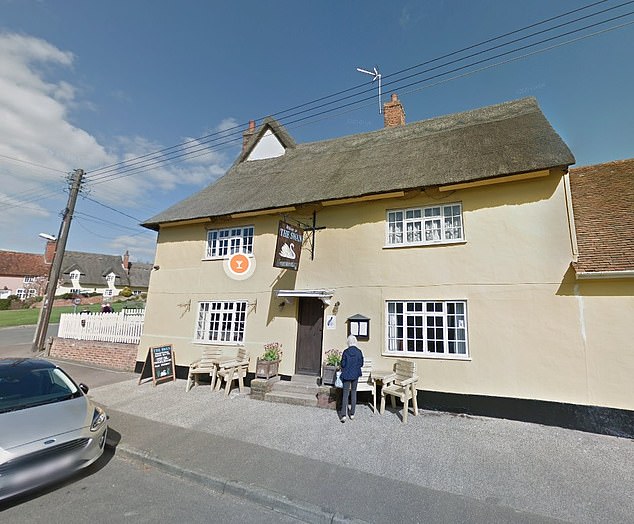 Mrs Penney saw nothing amiss when their card was declined. The 52-year-old said: ‘They have this down to a fine art.’ Pictured: Their pub the Swann Inn

‘They were completely at ease, they didn’t give us any cause for concern. They were very confident and smooth.’

Footage captured on the Swan’s CCTV system, which has been passed to the police, shows the couple casually eating their dinner and chatting.

Mrs Penney said: ‘They must have been having a free meal every night at that point. To add insult to injury they asked if they could take a bottle of wine home.’

Shortly after that their card was declined and they pulled their trick of leaving.

Mrs Penney continued: ‘He assured us that they only lived down the road and they would pop round and pay tomorrow.

‘At the time it felt very embarrassing for them that their card was declined. But then he left with an unopened bottle of wine just to add insult to injury.’

When Mr and Mrs Penney tried to call the phone number the pair had left they realised a digit was missing.

And at the address they had given, the landlords were informed the couple had moved on months ago. 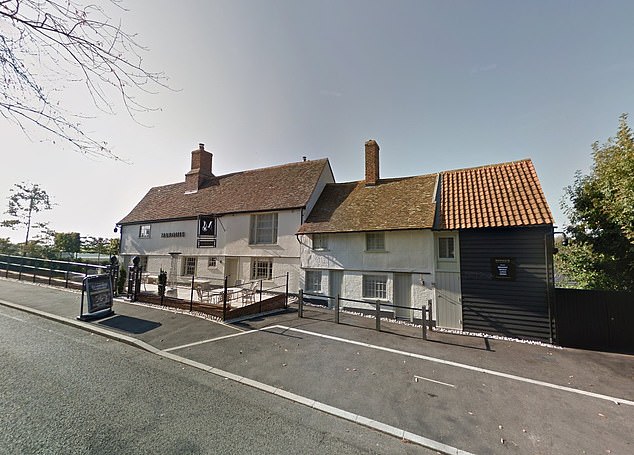 On September 10, at the Marquis of Cornwallis pub, in Layham (pictured), a couple didn’t pay and gave false details for dinner worth £197

Mrs Penney posted about the couple on a pub owners Facebook group and could not believe the response.

More than a dozen landlords and restaurateurs got in touch to say they were targeted in exactly the same way.

She was inundated with messages saying other venues had been hit with the same modus operandi.

They were all given the same initials and fake address, and confirmed the couple when Mrs Penney showed her CCTV.

She said: ‘It has been going on since January, and I thought it’s about time someone stopped them.

‘It sounds like they’ve been going out every night of the week and having free meals everywhere. At one place they racked up a £1,500 bill and didn’t pay.

‘They’re like East Anglia’s Bonnie and Clyde. I think they’ve got away with it for so long, because no pub owner would think anyone would be so brazen and prolific at dine and dashing.

‘It’s the first time it’s happened to us in two years of running the pub. Why should we just accept it?’ 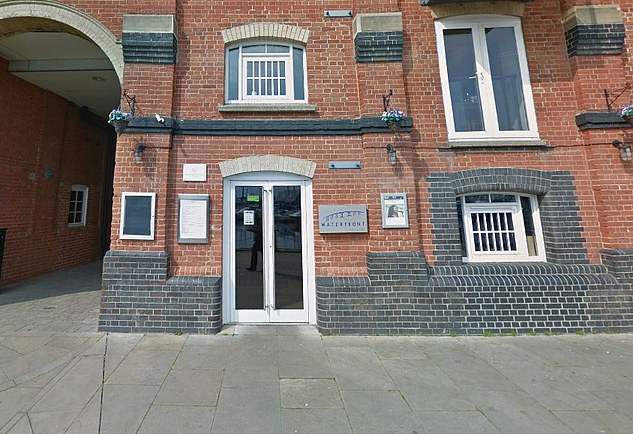 Officers are investigating when a couple failed to pay and gave false details for a £95 meal at the Waterfront Bistro, Ipswich (pictured), on September 2

Mrs Penney was particularly outraged as the tricksters were targeting restaurants and pubs at such a tough time for the hospitality industry.

She said: ‘We’re all struggling massively at the moment. And to have a couple take advantage for their own selfish gains is not on. That’s our waitress’s wages they’ve taken.’

A Suffolk Police spokesman said: ‘This type of behaviour of making off without payment for meals is simply unacceptable.

‘This type of activity whatever the value can result in a criminal conviction, which can have a serious impact on someone’s life.’

Both Suffolk and Norfolk police forces believe the couple are connected to several different incidents.

As well as the incident at the Swann Inn, Suffolk Police have linked two other cases.

Officers are investigating when a couple failed to pay and gave false details for a £95 meal at the Waterfront Bistro, Ipswich, on September 2.

And on September 10, at the Marquis of Cornwallis pub, in Layham, a couple didn’t pay and gave false details for dinner worth £197.

In both cases they said their card was declined.

‘Police currently believe that all three cases are linked to the same individuals and enquiries are on-going,’ the spokesman added.

A Norfolk Police spokesman commented: ‘Officers can confirm they are investigating allegations of fraud.

‘A man and a woman ate at the Bird In Hand Pub in Wreningham on July 19 and left without paying.

‘Officers are linking this with a similar incident where a man and a woman stayed at the Sugar Beat Public House in Bracon Ash on July 20 and failed to make payment.

‘Enquiries into both these incidents are ongoing and anyone with information should contact PC Rob McMahon at Wymondham Police Station on 101.’