The chef who served Michael Clarke and Jade Yarbrough before their ugly Noosa  showdown has revealed they were perfectly civilised at his Italian restaurant.

Andrea Ravezzani, the chef and owner of the Noosa Waterfront Restaurant at Noosaville, said the celebrity couple and their fellow dinner guests Jasmine and Karl Stefanovic ‘were fine’ and enjoying his prawns before the 9.30pm melee.

A new timeline for the now infamous stoush has also emerged, with Mr Ravezzani saying it was definitely a Friday night they dined at his chef’s hat eaterie.

Daily Mail Australia has also independently confirmed that the couple dined on a Friday, most likely Friday January 13, after tensions between the ex-Aussie cricket captain and Ms Yarbrough surfaced several days earlier.

Mr Ravezzani told the Sunshine Coast’s FM Radio Hot 91: ‘Yeah they were there having dinner on Friday night, they didn’t fight for the prawns or anything’ and that the restaurant had no idea about the later stoush at the nearby barbecue area.

Jasmine Yarbrough and Michael Clarke were perfectly fine at the dinner at the Noosa Waterfront eaterie where they dined before the violent brawl which erupted, the restaurant’s chef and owner Andrea Ravezzani has said 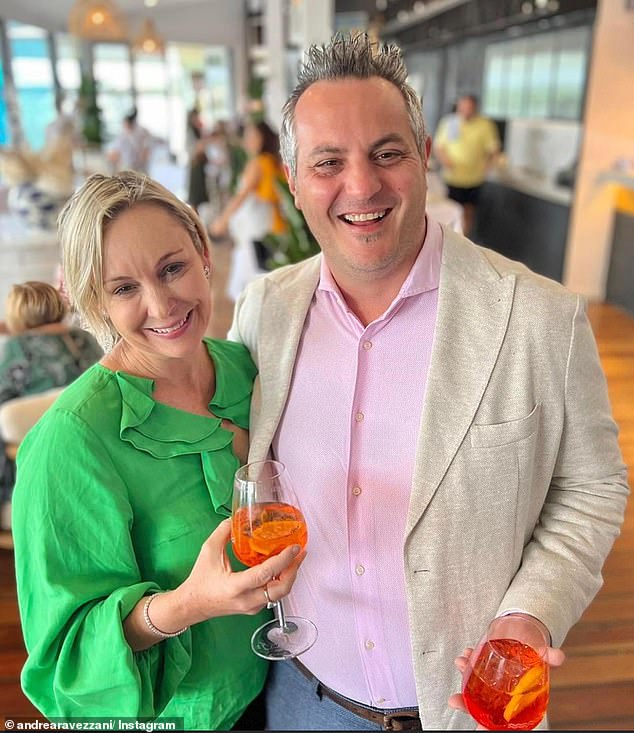 Andrea Ravezzani (above with his wife and marketing manager, Kerri Ravezzani) said he served Clarke and Yarbourgh who ‘were fine’ during a dinner of prawns at their Noosa Waterfront restaurant before going into nearby Lyons Park where the fight began 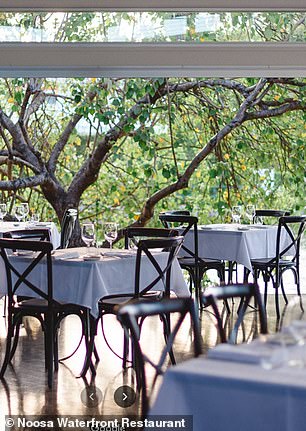 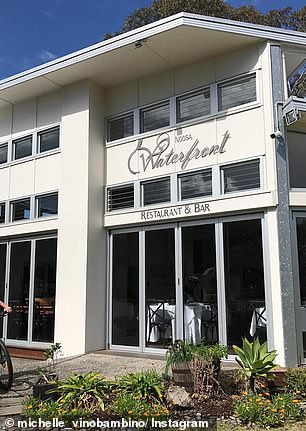 The warring couple earlier seemed ‘fine’ as they dined on prawns at the one chef hatted restaurant prized for its classic Italian cuisine, along with Karl and Jasmine Stefanovic

Asked by radio hosts Sam Coward and Ash Gierke if ‘they were fine when they left you and then everything went pear-shaped’, he agreed, saying he only learned about it when friends in Europe had sent him a screenshot of the fight.

‘We don’t know anything about it,’ said Mr Ravenazzi, whose restaurant menu includes a Fritto Misto selection of crab, prawns, calamari and whitebait.

A Noosaville local confirmed the area where the stoush took place, in which Karl Stefanovic and his wife Jasmine were caught up on the fringes, was usually deserted after 9pm, but that ‘it was school holidays’.

Despite reports the now-notorious fracas happened on Tuesday January 10, the restaurant was closed on that night, and several sources as well as Mr Ravezzani have  corroborated the Friday event.

Images show the Stefanovics, Clarke and Ms Yarbrough happily larking about on the beach on Saturday, January 7, before tensions surfaced the following day. 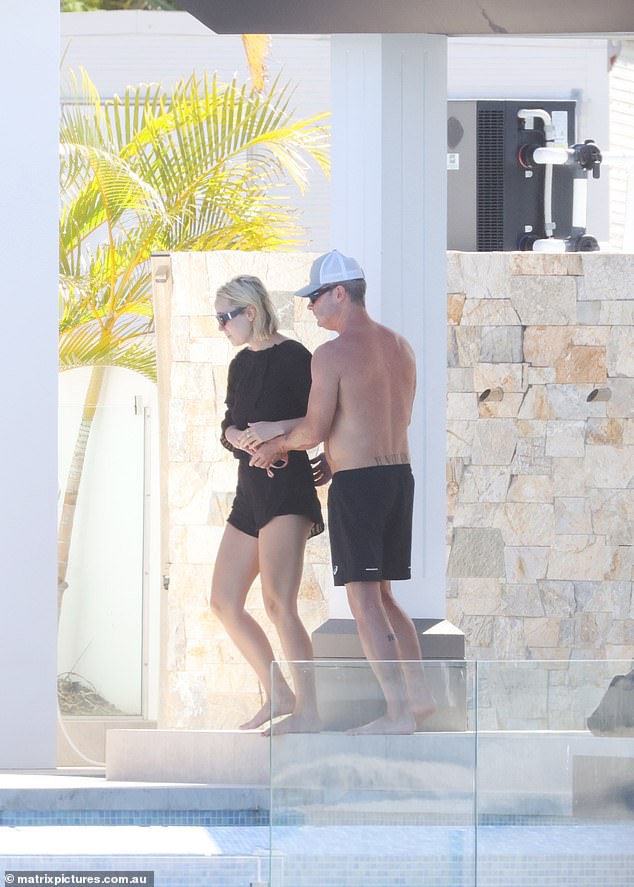 Tense moment between Jade Yarbrough and Michael Clarke on Sunday, January 8 a day after they had appeared happy and relaxed on the main beach at Noosa together 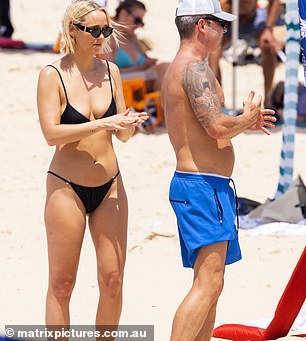 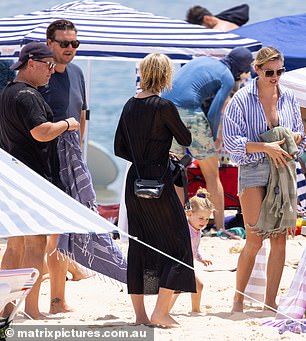 Jade Yarbrough applies sunscreen to Michael Clarke (left) on the beach at Noosa on January 7, when the couple seemed happy with Jasmine and Karl Stefanovic (right)

Video has emerged of a the pair in tense  discussions at the Noosa mansion of celebrity accountant Anthony Bell on Sunday January 8, where the couple had been staying.

In the footage, Clarke waves his hands in the air at Jade as she turns her back on him and visibly pushes away an attempt by the ex-cricketer to touch her hand.

Clarke was then seen leaving on the Sunday with his daughter Kelsey Lee, who was dropped at Burleigh Heads to be with her mother, Clarke’s ex-wife, Kyly Boldy.

Clarke is then believed to have returned to Sydney and flown back up to Noosa later in the week before the explosive brawl erupted after dinner at the Noosa Waterfront. 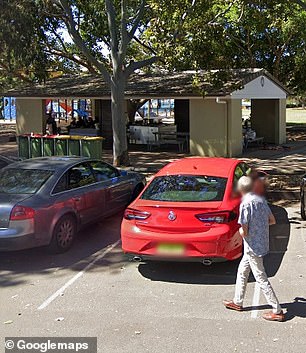 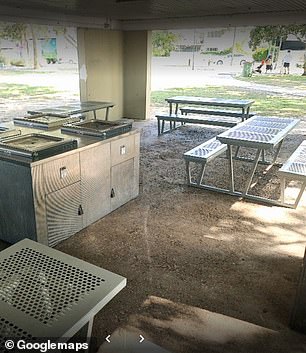 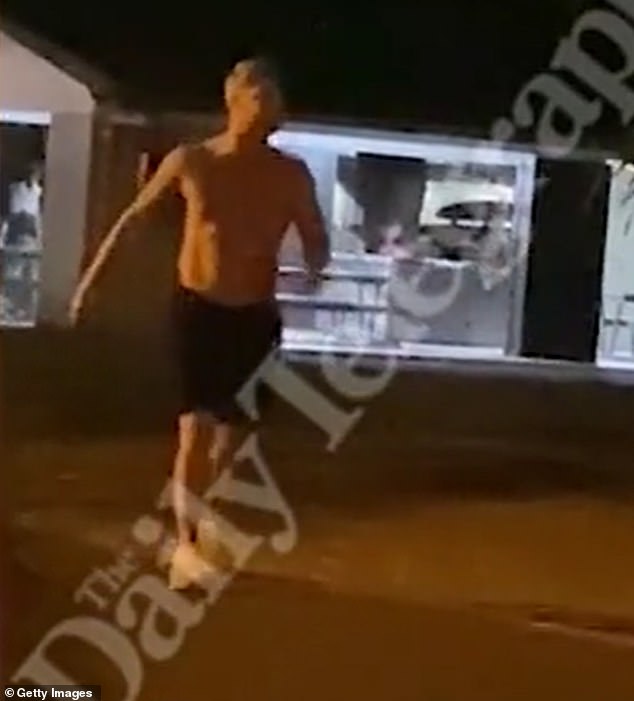 By now shirtless and limping from a hamstring injury, Clarke rails at Karl Stefanovic on the grounds in front of the barbecue pavilion (above) in Lyons Park, Noosaville

The dramatic footage obtained by The Daily Telegraph shows Clarke being screamed at and slapped across the face by a hysterical Jade as the Stefanovics try to stem the boilover.

‘You’re f**king lying to me. You are a piece of s**t. I just spoke to her. What is wrong with you?’ Ms Yarbrough screams at Clarke, referring to her suspicion that he had slept with his former girlfriend, designer Pip Edwards.

‘It’s not true, it’s not true,’ Clarke responds and Jasmine Stefanovic eventually steps in, grabs her distressed sister by the arm.

Clarke then unleashes his fury on Karl Stefanovic, telling the Today show host, ‘Karlos, I can tell you now c**t, don’t you f**king walk away. She can, she can punch me, but you, you c**t.’

The incident has been reported to Queensland Police who are investigating.

Kerri Ravezzani declined to comment further on the night in question, saying ‘the privacy of our guests is of paramount importance to us’. 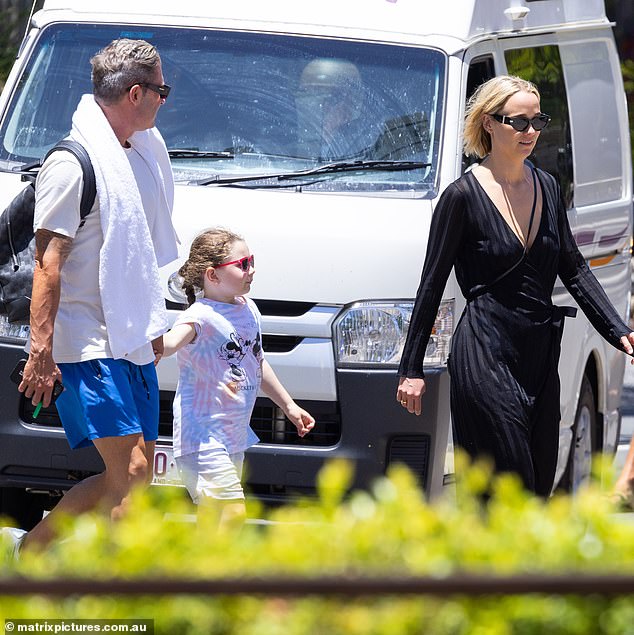 Sources said Michael Clarke  (above with daughter Kelsey and Jade Yarbrough) had taken the six-year-old away from Noosa to be with her mother Kyly Boldy at Burleigh Heads, after things became tense with his girlfriend