The cost of car insurance for young drivers is notoriously high, with 17 to 24 year old’s often paying well over a thousand pounds a year for the privilege of being on the road.

The make and model of car can make a significant difference to how much young drivers fork out each year.

For this reason, it might be worth shopping around for insurance first instead of hunting for a car and then being lumbered with a huge cost of getting behind the wheel.

Drivers who choose a Peugeot 107 will pay far less for insurance when compared to other models, according to Marmalade, an insurance provider for young drivers.

It found that the lowest premium for a 17 year old with this car was just £740, nearly half the price that some young motorists will be paying for their vehicle.

Young drivers can also potentially keep the cost of their insurance down by installing a black box, which reduces the chances of 17 to 24 year old’s having an accident in their first six months on the road by 73 per cent.

Crispin Moger, chief executive of Marmalade, said: ‘Insurance costs can be significant for young drivers, so we always encourage them to consider how much this will be before purchasing their vehicle.

‘They might feel like they have bagged a bargain with their car, but if insurance costs are high – for example if it is lacking modern safety features – it can be a false economy.’

To help young drivers decide which car could save them the most money, Marmalade has revealed the cheapest nine cars for insurance premiums.

These are a range of new, nearly new and used cars.

The small car is perfect for new drivers, and despite its small proportions, is available with five doors, making it surprisingly practical. 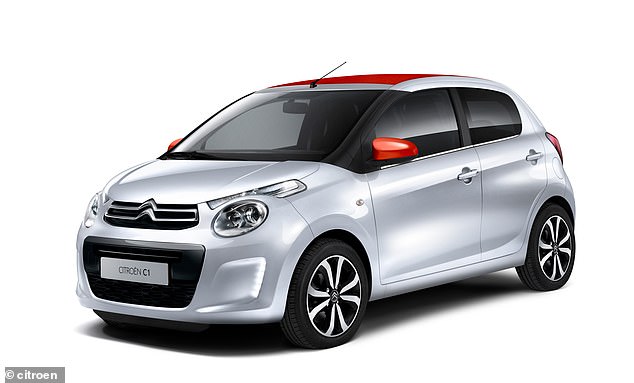 The Citroen C1  is able to reach 69 miles per gallon and with tax of just £110 a year, running costs are very reasonable for this smart little first car.

Motorists can choose from a one litre or a livelier 1.2 litre engine and the light steering makes it easy to navigate city streets and park in tight spots.

In third place is the Toyota Aygo which comes with a small engine, easy to run around. 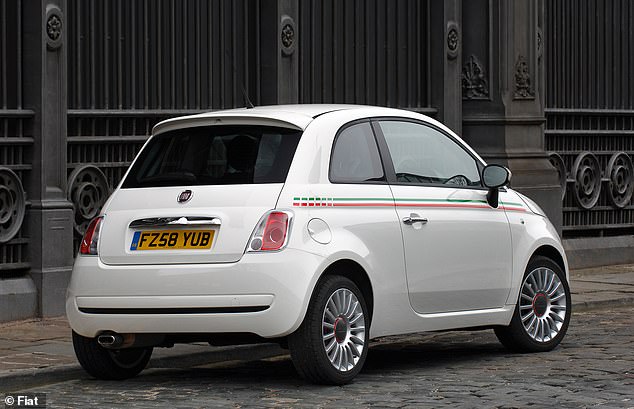 The Ford Ka has been a popular choice with young drivers since it first came out in 1996 – and having been around for 24 years, it is older than many of the young drivers who own one today.

Making it into the top five is another design icon – the Fiat 500. The Italian car was  the top selling car through Marmalade in 2019, combining style with practicality.

Popular with many young drivers, this model is compact and ideal for city driving. 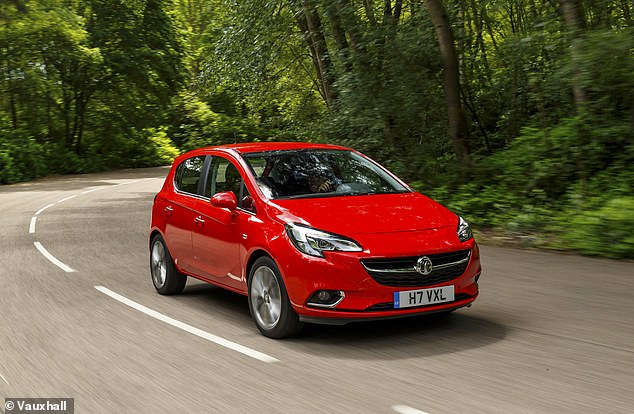 Packed with clever technology and surprisingly roomy, the Vauxhall Corsa is finding favour with a new generation of motorists.

German cars are known for quality and for those looking just to insure one, policies for a 17 year old can be had for as little as £569.

The Polo has been on the market for over 40 years but the small car is still roomy, reliable and a great choice for those looking for an affordable first car. 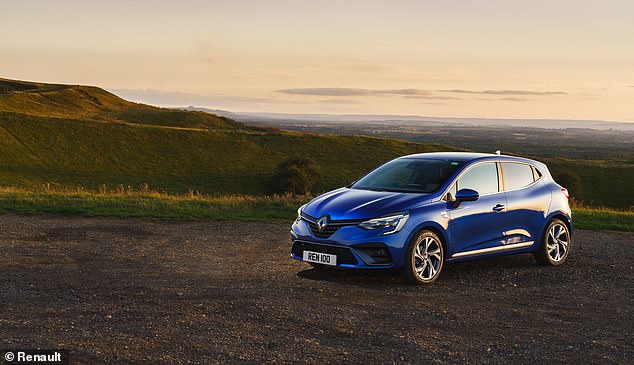 Young drivers: The average insurance cost for 17 to 24 year olds with a Renault Clio is £1,362

Another popular French model on the list, the fourth generation of the Clio is widely regarded as the best yet.

Britain’s top-selling car of all time, the Fiesta is safe, cheap to run and excellent to drive. Available with three or five doors, it costs an average of £1,398 to insure for young drivers.

Drivers can also choose from Powershift or Ecoboost engines or from sportier models to entry level 1.0 economy drives.

Marmalade calculated the average insurance prices based on average costs for new driver insurance premiums January to December 2019 for drivers aged 17 to 24. The lowest premium was based on the cost for a 17 year old with Black Box Insurance purchases between 1 October 2019 to 15 January 2020.

Cost of getting on the road

The cost of simply learning how to drive, including driving lessons, tests and provisional licences, has reached £647, according to separate research conducted by Go Compare.

However this cost increases massively after a young driver has passed their tests with the average cost of a first car at £3,562, the first year insurance premium reaching an average of £1,737 and the first year of road tax costing £125 – totalling a massive £6,071.

The hefty price tag is putting many young people learning to drive – or leaning on family members to help them afford their first motor.

However, for young drivers insuring a Peugeot 108 of similar value, the average lowest annual premium was £802 – a saving of £1,934 for a year.

Lee Griffin, founder and chief executive of Go Compare, said: ‘Car insurance for younger drivers is still expensive compared to those with longer safe driving records. Statistics show that the type and cost of claims for newly qualified drivers are more expensive for insurers to settle, hence the higher premiums.

‘However, there are some simple steps young drivers can take to try to keep their premiums as low as possible whilst staying on the right side of the law.

‘Choosing the right car, preferably not too old and with a smaller engine to start with, can make a significant difference to the price of the car insurance and ultimately the total cost of getting on the road.’

MaruBlue conducted an online survey among 1000 randomly selected British adults with children aged between 17 and 24 who can drive or were learning to drive for Go Compare in January 2020.