Rugby league fans have accused Channel Nine and the NRL of being ‘out of touch’ after staging State of Origin II at a controversially late time in Perth.

New South Wales are desperate to keep this year’s series alive in Western Australia, having suffered a surprise 16-10 defeat to Queensland in the series opener in Sydney earlier this month.

And the game’s broadcaster, Nine, has elected to air the game at 8pm eastern time on Sunday night, seemingly to reflect the box-office nature of the contest.

Unsurprisingly, a number of fans have expressed anger with the decision to stage the game at such a late time. Barring the Champions League final – which kicked off on a Saturday night later than its scheduled 8pm kick off time this year – no other major sporting event is held at such a late hour.

For example, Super Bowl LV began at 6.40pm while the FA Cup final kicked off at 4.45pm in London. Wimbledon, the premier Grand Slam in world tennis, holds its men’s and women’s finals in the early afternoon.

‘Can we address the 8 O’clock start of origin on a Sunday night?’ one fan asked on Twitter. 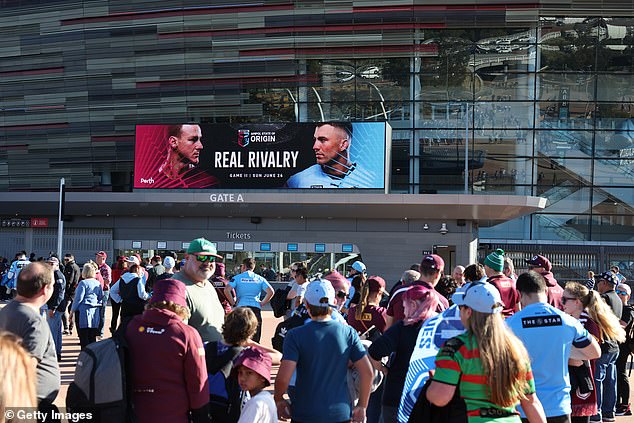 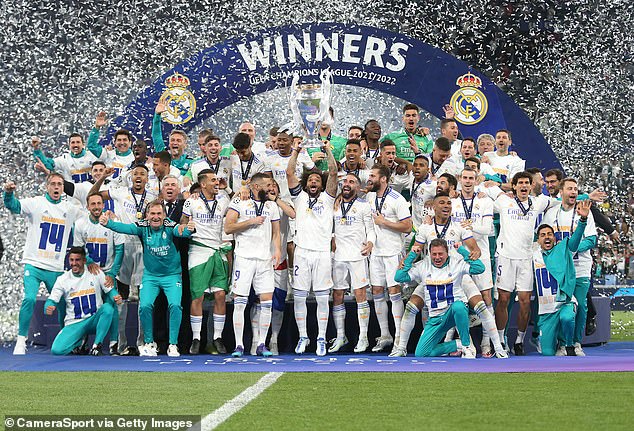 ‘Another 7:50pm kick off (Yes I know it’s in Perth) once again showing just how out of touch this with the fan,’ a second added.

‘Don’t get why the Sunday #origin game isn’t played at 4pm each year. (2pm in Perth is still fine). Could lead into the news for 9s precious ratings and not have half of Australia fall asleep at half time,’ a third posted.

Another said: ‘Tonight’s #Origin game will finish way past midnight in NZ, on a school night. Yes, I know it’s @NSWBlues v @QLDmaroons, but do they want to push the sport or not? Kiwis v Tonga Test kicked off at family-friendly 5:20pm.’

Nine have paid $570million to broadcast the series and while NRL chief Peter V’landys admitted he understood the frustration of fans, he insisted that the network has the strongest say in when the game is staged.

‘When you sell broadcast rights, you have to balance your partners commercial rights and looking after the fans,’ V’landys said.

‘We respect Nine’s commercial opportunities that come with showcasing State of Origin and Mike Sneesby (CEO of Nine) in particular, has been a fantastic partner to work with.

‘But without fans, there is no game and I certainly want to look after the fans. I’ve said for a long time we want a kid-friendly time and we’ll certainly be discussing it.’