NIK SIMON’S GAIN LINE: The tide is turning on Rassie Erasmus and his waterboy antics ahead of next year’s Six Nations… while England hero Marcus Smith hits the beach with his girlfriend after Springboks bruiser

Waterboy antics are set to be clamped down on in the Six Nations next year, with World Rugby primed to reduce the number of support staff allowed on a pitch.

South Africa director of rugby Rassie Erasmus has been the highest profile ‘water carrier’ to double as an on-field coach, but the tactic is rife throughout club and international rugby.

The Gain Line understands World Rugby vice-chairman Bernard Laporte is leading a review to determine whether the number of water carriers can be reduced from three to two.

England and South African players have enjoyed some downtime after last week’s bruising encounter at Twickenham.

Harlequins pals Marcus Smith and Alex Dombrandt have flown to Dubai, while Boks captain Siya Kolisi was greeted by Roger Federer in Switzerland. 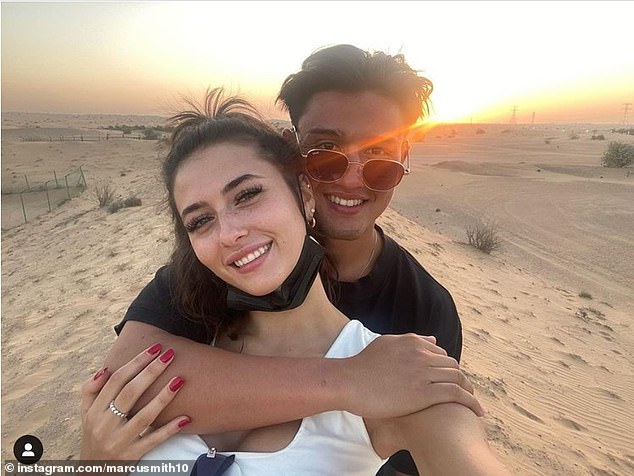 Neymar joins the All Blacks

They were joined by the likes of Jerome Kaino, Dave Brailsford and Rolex chiefs as the All Blacks were beaten 40-25 by France.

Saracens could turn to Beno Obano or Ellis Genge if they fail to agree a new deal with Mako Vunipola.

All three loosehead props are yet to agree new terms with their respective clubs. 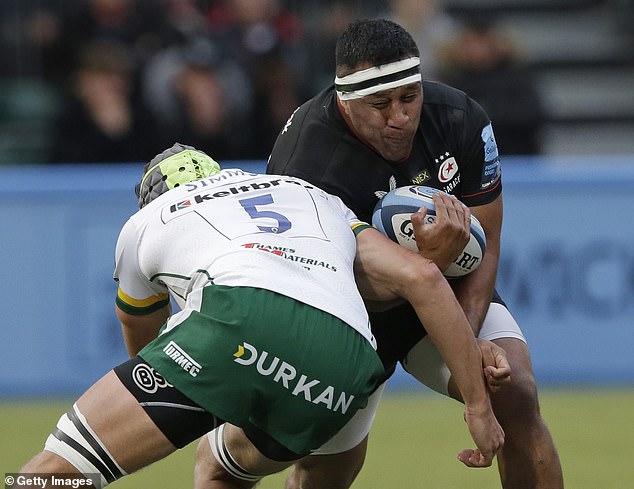 Saracens are understood to have offered cut-price contracts to Mako and Billy Vunipola, but the pair could earn more in France if they call time on England ambitions.

Scarlets winger Tom Prydie, who become the youngest Wales player in history in 2010, has been offered a trial by Bath. The 29-year-old is being lined up as injury cover for Anthony Watson.

Bok to stay a Shark

Lood de Jager is set to sign on for another season with Sale Sharks.

The Springbok lock has an option to leave next summer but, despite reports of an exit, he is now likely to stay put and feature alongside new recruit George Ford.

Fellow South African Rohan Janse van Rensburg also has an exit clause and is looking at his options.

Bristol are weighing up a move for London Irish forward Albert Tuisue.  The Fiji back-row is available next summer and could be an ideal replacement if Nathan Hughes takes up a highlytouted move to France.