By Jacqueline Lindenberg For Dailymail.Com

The TV personality, 40, and her husband Joel Madden, 43, appeared to be in high spirits as they cheered their only son on as he played.

The couple share two children together: Sparrow and daughter Harlow. The lovebirds married in December 2010 after becoming engaged earlier that year.

The Simple Life star kept her look fashionable yet comfortable for the weekend outing.

Nicole donned a simple white tank top with thick straps and added a pair of light blue jean shorts to stay cool under the summer sun.

She wore black trainers to make moving about the venue and watching her son easy. 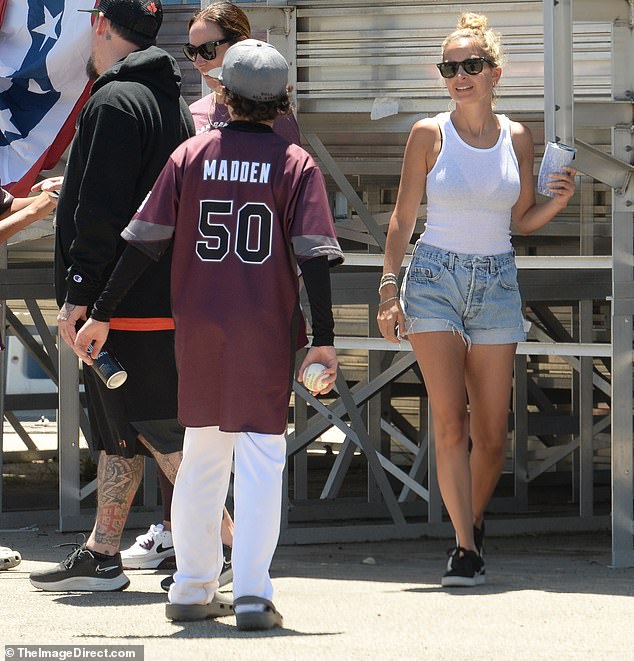 Mom and son: The fashion designer was spotted talking to her son who carried a baseball in his hand. She wore a white tank top tucked into cut-off jeans

The star accessorized her look with a pair of black sunglasses, and a few silver bracelets on her right wrist.

Nicole opted to add a pair of small earrings but chose to not wear any necklaces with her look.

Her hair was not styled, and instead, the actress pulled it into a high bun to help her stay cool in the warmer temperature.

The businesswoman carried a thermos in her hand filled with a drink to stay hydrated throughout the busy day. 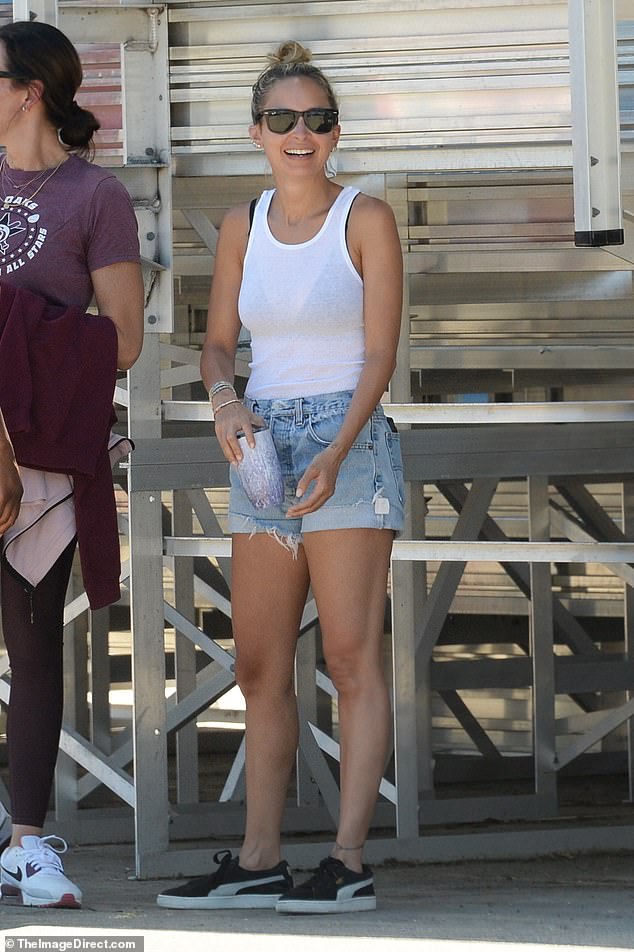 Cheerful smile: Nicole shared a big smile and a laugh as she enjoyed her day out with her husband as they supported their son

Joel also kept his outfit casual, donning a black hoodie with MDDN printed on the front. He paired the sweatshirt with black shorts and black sneakers.

MDDN is a company started by Joel and his brothers, which offers management to artists and representation. His brother, Benji Madden, is the current CEO.

The company has been quite successful since its launch in 2015, and has helped managed stars such as Jessie J, and the group, Chase Atlantic. 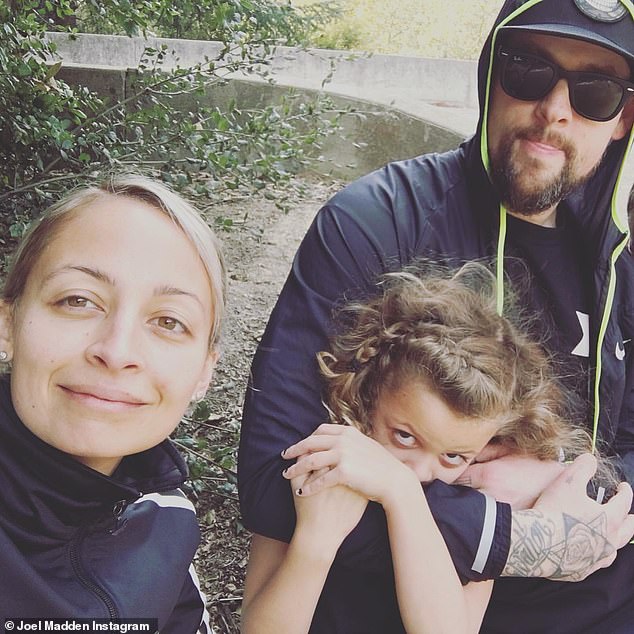 Family time: Nicole is pictured with her husband, Joel, and their daughter, Harlow, in a cute family photo 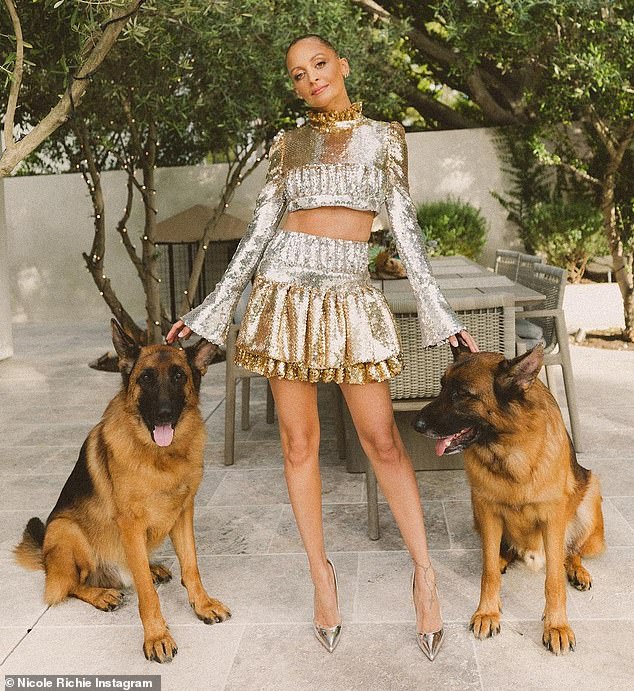 Nicole seems to enjoy spending time with with her family, but during an interview with Vogue, the TV personality revealed that she also loves to have time to herself.

‘I am a mother, wife, and a Virgo,’ she stated. ‘So, you know, I wear many hats and it’s important for me to have alone time.’

When she is not cozying up for a movie night, the star is constantly hard at work. Nicole has her own jewelry company called, House of Harlow 1960, which is named after her daughter.

According to the website, the company ‘has been a channel for Nicole to reimagine vintage pieces that inspire her while always staying true to her native California vibes.’ 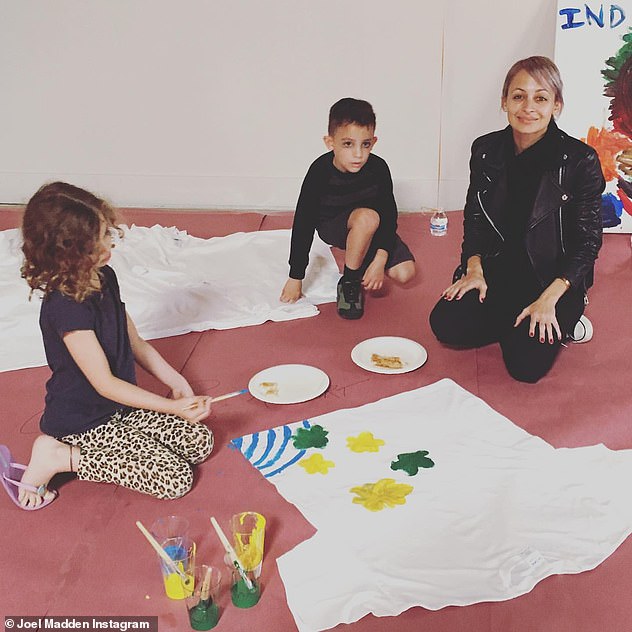 Family first: Nicole’s husband posted a heartfelt post on his Instagram on Mother’s Day to express how good of a mom she is to their children 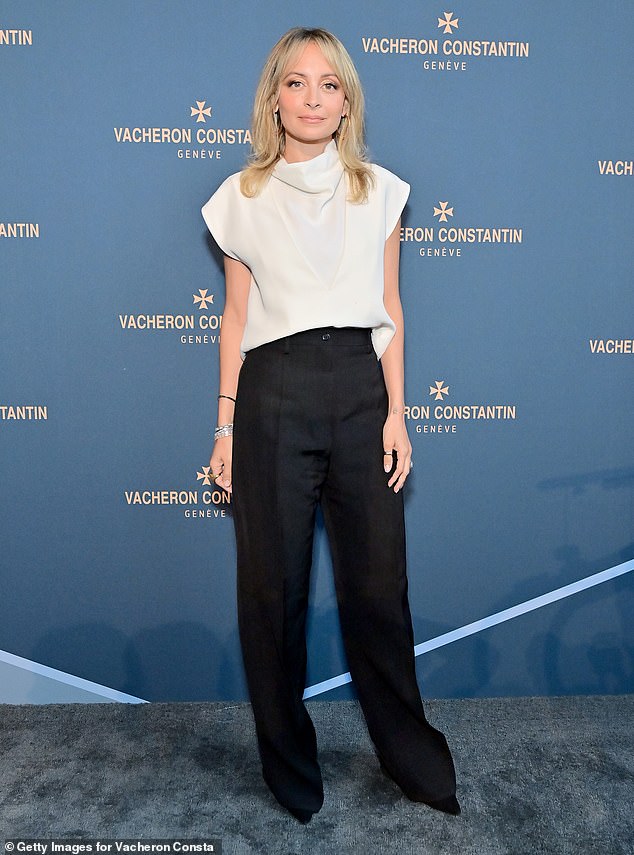 Busy lifestyle: Nicole has made a name for herself not just through her years on television and through music, but also being a businesswoman running her own company