In a post on Sotheby’s International Realty, the sprawling apartment at 8 East 63rd Street is for sale – but it doesn’t come cheap, with an eye-watering $41,181,545 asking price attached.

The five-storey townhouse, which sits between New York City’s famed Fifth Avenue and Madison Avenue and is right near Central Park, acted as the backdrop for Kidman’s home in the new drama series which also stars Hugh Grant and Donald Sutherland.

The sprawling nine-bedroom apartment was built in 1878 to resemble an 18th century English townhouse, based on a design by renowned American architect C.P.H. Gilbert and intended for his client Joseph Hodges Choate, a prominent lawyer and statesman. 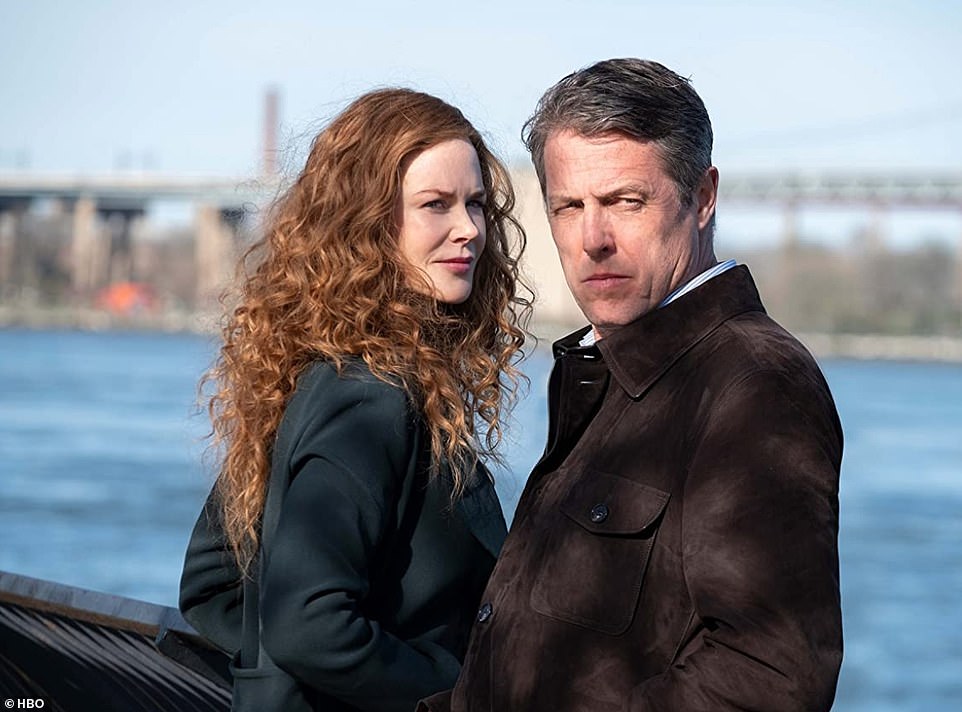 In reel life: The pad acted as the backdrop for Nicole Kidman’s home in The Undoing. Pictured with co-star Hugh Grant

It’s rare for a townhouse like this to have three exposures, but this property offers views of its tree-lined street and its gardens and terraces as well as a south-facing aspect.

Built for New York City’s elite in an area known as the Gold Coast of Fifth Avenue, the ground floor includes a spacious reception room with a fireplace and a grand breakfast room with a rounded bay window.

An elegant staircase leads to the second floor butler’s pantry, situated off the dining room, while another two duplexed staff rooms boast their own terrace.

The parlor floor gallery leads to a series of rooms perfect for entertaining, including the drawing room, the library and the grand dining room – as well as a powder room for guests. Off the dining room is a terrace overlooking townhouse gardens. 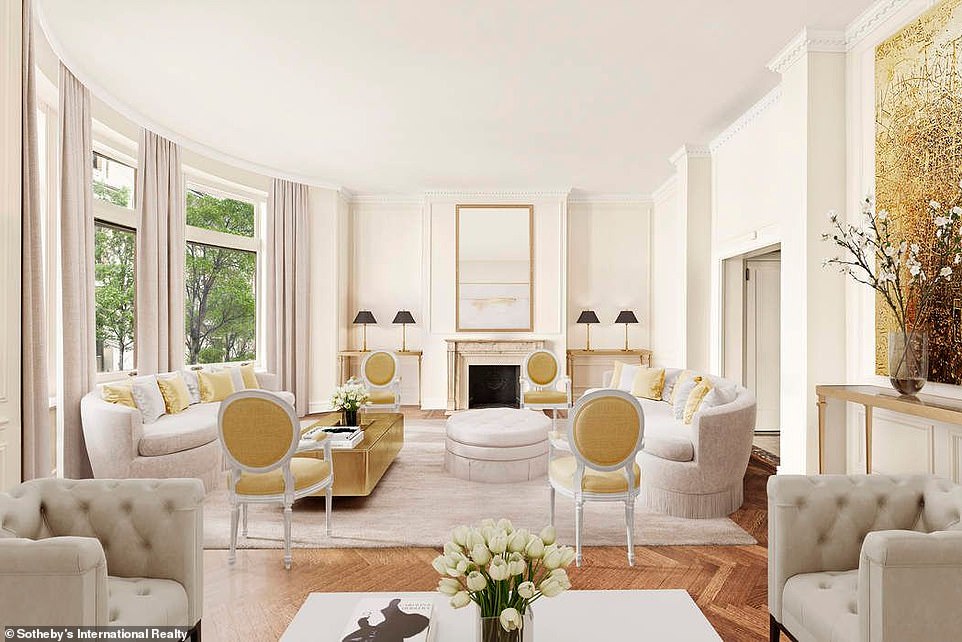 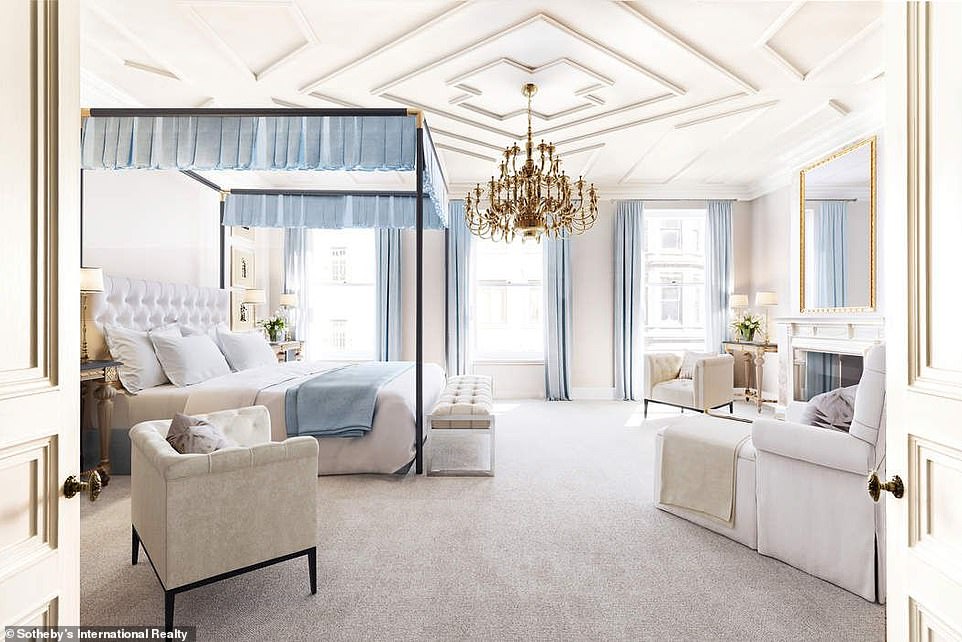 History: The nine-bedroom apartment was built in 1878, based on a design by renowned American architect, C.P.H. Gilber 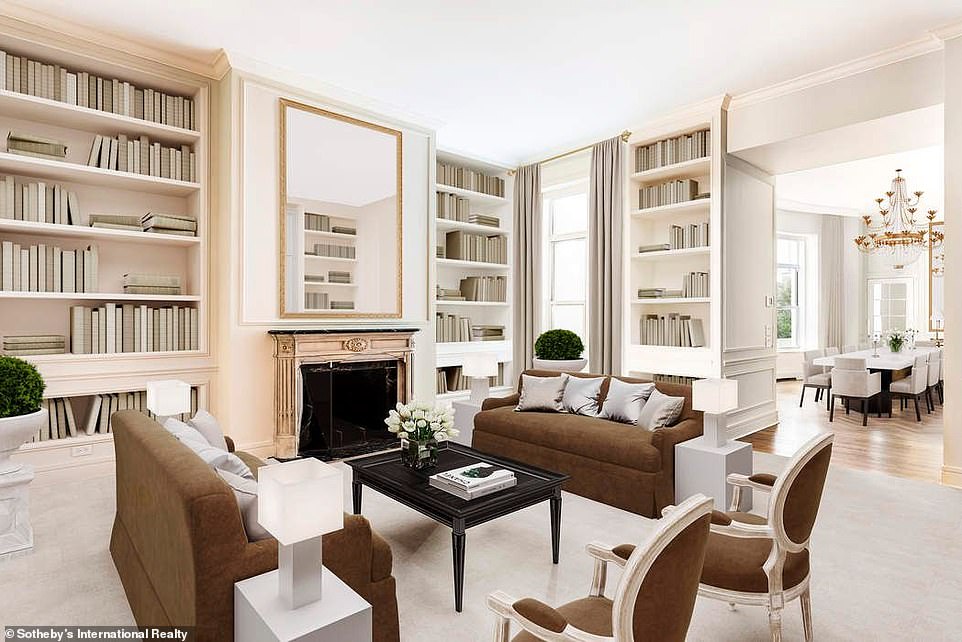 Upstairs there’s a bedroom with a large bay window overlooking the street and an en suite bathroom. There are another two bedrooms, also en suite.

The fourth floor, currently functioning as the lower floor of a duplex, can easily be transformed back into a master bedroom suite. There are an additional two bedrooms, one of which offers an en-suite bath, as well as a galley kitchen, laundry and powder room.

The final three bedrooms are situated on the top floor, two of which have bathrooms and overlook the street, while the third e-suite also has a south facing terrace. 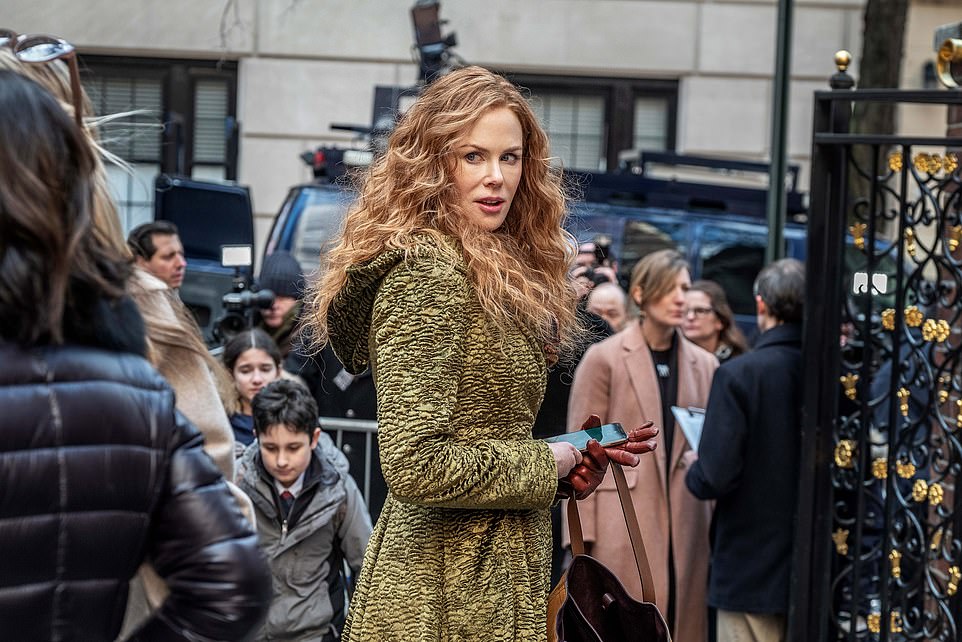 Acting up: Nicole stars in the series as Grace Fraser, a successful therapist who’s life changes when a woman she helps is murdered 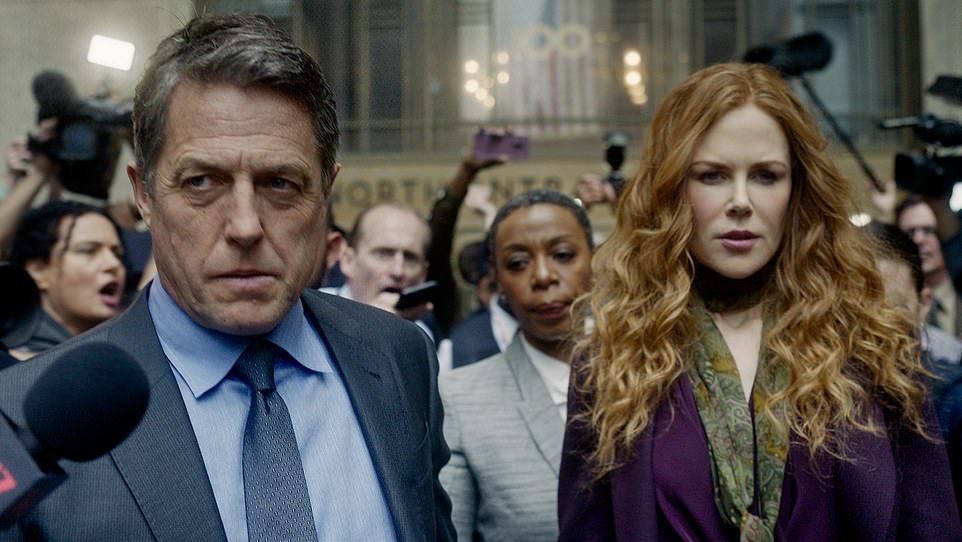 Plot twist: In the aftermath, she makes a series of shocking discoveries about her husband, Jonathan, played by Hugh

The listing reads: ‘This is a rare opportunity to live in an architecturally significant townhouse in one of the most extraordinary locations on the Upper East Side.’

The names of prominent residents who once lived on the street include Woolworth, Bloomingdale, Brokaw, and Oscar Hammerstein.

Nicole, 53, stars in the series as Grace Fraser, a successful therapist who’s life changes when a woman she helps is murdered.

In the aftermath, she makes a series of shocking discoveries about her husband, Jonathan, played by Hugh, 60.