Nicola McLean has hit back at critics after she posted a revealing photo and later received negative comments and messages regarding her ‘very oversized implants’.

The former glamour model , 41, took to her Instagram Stories on Monday to address the ‘reaction’ she had received over a photo she shared on Sunday evening.

The photo shows the former I’m A Celebrity star out for dinner in a skimpy black crop top and ripped blue jeans.

Backlash: Nicola McLean hit back at critics after she posted a revealing photo on Sunday and later received negative comments and messages regarding her ‘very oversized implants’

Facing the camera, Nicola offers a sultry stare as she holds a piece of sushi in front of one of her bright blue eyes.

But posting to her 259K followers on Monday, she wrote: ‘Whenever I wear clothes that show my very oversized implants it provokes such a reaction.

‘Listen, it’s not lost on me that they are huge and it’s not everyone’s taste… in fact I understand, when girls ask me about them I don’t say do it they are hard work!

‘But I don’t understand people being nasty in my dm’s and commenting sh** on my pics (mostly women) come on girls let’s stick together.’ 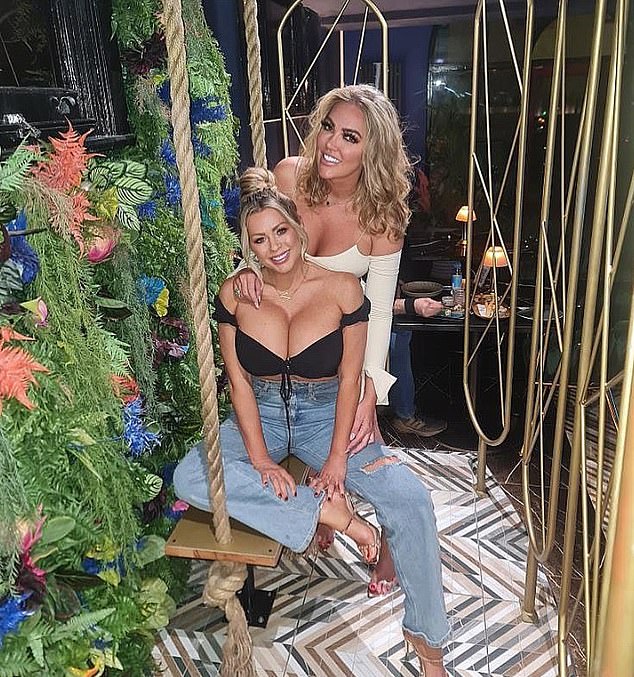 Daring: The photo shows the I’m A Celebrity star out for dinner with pal Aisleyne Horgan-Wallace, in a skimpy black crop top and ripped blue jeans

Nicola’s caption was backdropped by a troll who wrote: ‘MORE PLASTIC THAN MY UPVC WINDOWS’.

In another photo posted on the same evening, Nicola poses with pal and Big Brother star Aisleyne Horgan-Wallace.

Once again, Nicola’s implants were on display as the pair posed for a photo together, captioned by Nicola: ‘Breast friends’. 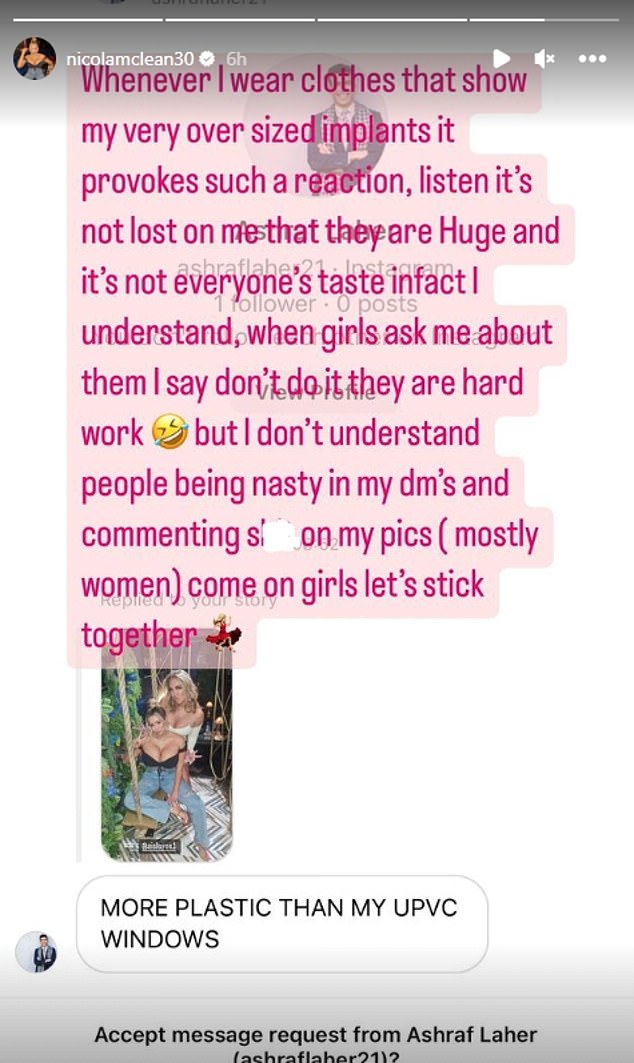 Trolls: Nicola’s caption was backdropped by a troll who wrote: ‘MORE PLASTIC THAN MY UPVC WINDOWS’

This is not the first time Nicola has hit back at trolls regarding her breasts.

Two years ago, she addressed critics after she was accused of getting her footballer husband Tom Williams to pay for her boob jobs.

She took to her Instagram Stories to share screenshots of the unwelcome messages from the person in question, who bashed her choice of endorsement deals and callously branded her an ’embarrassment to women’.

However, she appeared to take particular umbrage to the charge that her semi-pro footballer husband, was handing over cash for her surgical enhancements.

Kicking off a series of emotional videos after showing her followers the abusive messages, the mother-of-two said: ‘That was a fantastic way to start the day… My mood will change hopefully. Just be a bit kinder guys.’ 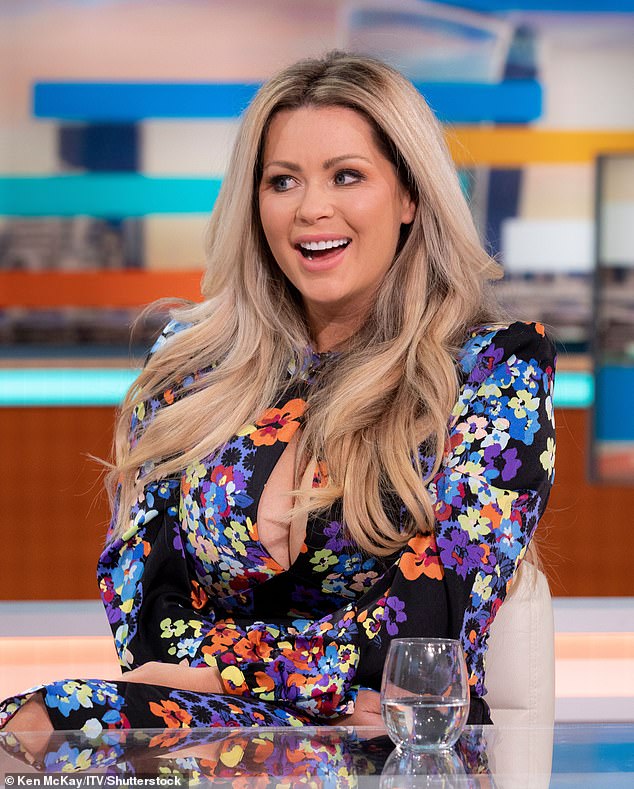 Not the first time: Two years ago, Nicola addressed critics after she was accused of getting her footballer husband Tom Williams to pay for her boob jobs

She continued in a follow-up clip: ‘Thank you for all your lovely DMs. It’s horrible waking up in the morning… and then go onto your Instagram and you’re just being abused. It really shouldn’t be allowed, and it got to me.’

More recently, Nicola slammed Love Island 2019 winner Amber Gill, as the pair appeared to be embroiled in a feud.

She accused Amber of being ‘rude’, alleging that she refused to take a picture with her niece while at Winter Wonderland following her dating show win.

Nicola explained that she has ‘zero interest in being friends with her’ following the incident, despite the 24-year-old, having a different recollection of the events.

Prior to that, Amber appeared on Chloe Burrows’ YouTube channel, branding Nicola the ‘rudest celebrity she has ever met’ during a game of Say It or Shot It.

And retaliating, Nicola told The Sun: ‘Last year at Winter Wonderland we did a press night and my niece was there and she asked politely for a photo with Amber.

‘I know my niece, she wouldn’t have done it when Amber was eating or something, she literally asked her and Amber refused a picture.’

‘I said on Instagram that was not right. I was p*****d off about it, and now she’s saying I’m the rudest celebrity but who cares? I have zero interest in being friends with her.’ 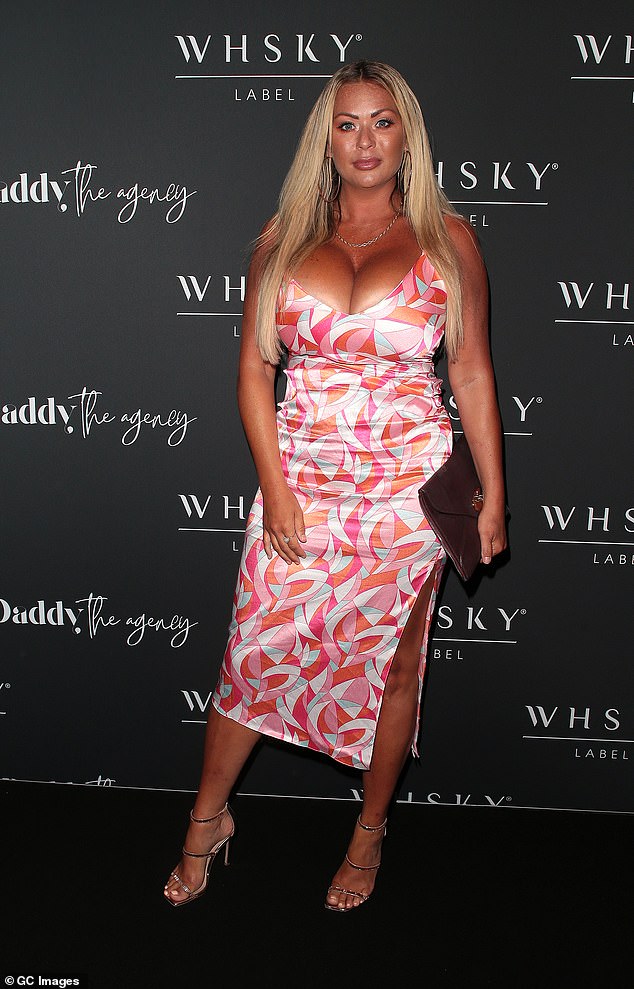 ‘I have zero interest in being friends with her’: More recently, Nicola slammed Love Island 2019 winner Amber Gill, as the pair appeared to be embroiled in a feud

She added: ‘I really like Chloe Burrows, but Amber Gill, absolutely f***ing not.’

But talking to Chloe, Amber explained her side of things as she detailed being ‘swarmed’ by kids during the appearance.

She said: ‘I went to Winter Wonderland the year I came out and it was intense and I thought it was a press evening and there was loads of kids and stuff but that’s fine but I couldn’t get into any rides because they were swarming us. 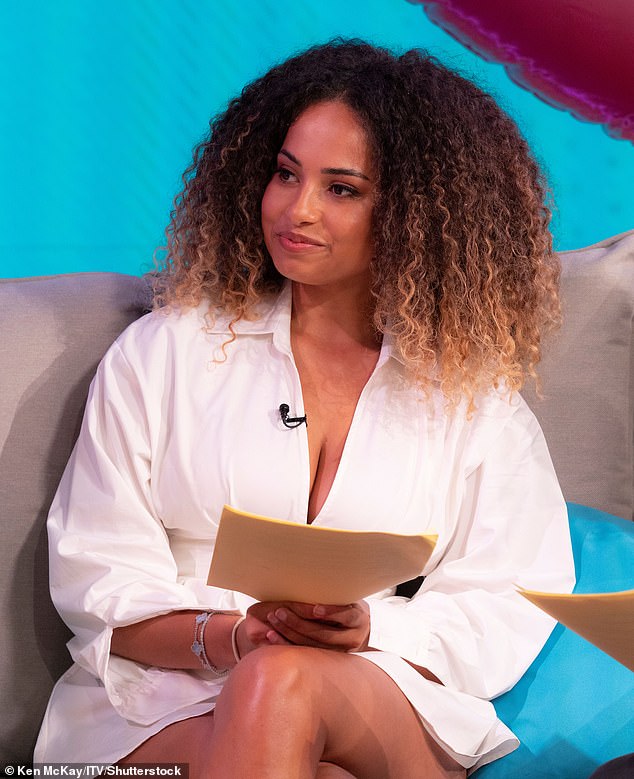 Tension: Nicola explained that she has ‘zero interest in being friends with her’ following the incident, despite the Love Islander having a different recollection of the events

‘I left Winter Wonderland and I had to start saying no to people because I wanted to go on rides — and [Nicola] put on a story about us saying ‘she acted like Kim Kardashian’ because one of her nieces or cousins was there.’

Amber continued: ‘She was talking to her story and obviously it’s intense when you come out as well saying I acted like a Kardashian and she was tagging us in it as well it was mad.’

A disappointed Chloe said: ‘Oh no I love her, was she rude? Ohhh Nicola!’ 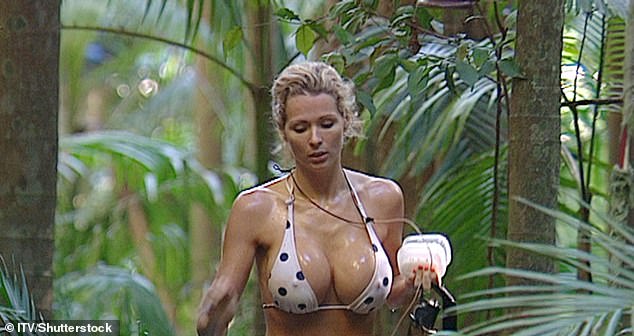 On-screen: Nicola appeared on I’m a Celebrity in 2008