‘DON’T say that’: Nick Kyrgios’ VERY blunt message to his own box as frustrated star battles back to take first set against Cristian Garin in Wimbledon quarter final

A frustrated Nick Kyrgios was far from impressed with his own team as the Australian overcame a sluggish start to take the first set of his Wimbledon quarter final on Wednesday.

Kyrgios, taking to the court for the first time since he was summoned to a Canberra court to face an assault charge, appeared distracted as he was swiftly broken by Cristian Garin in his first service game.

The 27-year-old was constantly talking to his coaching box throughout the opening stages of the first game, and according to BBC Sport’s Amy Lofthouse, Kyrgios was involved in a frosty exchange with his team. 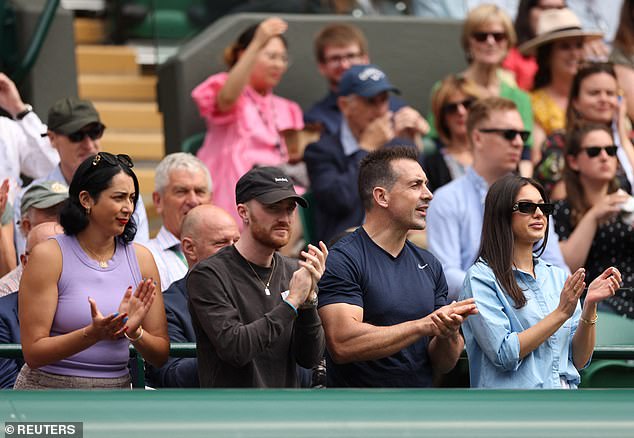 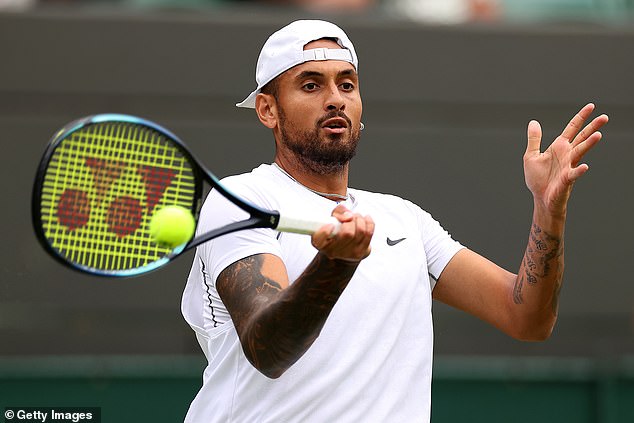 ‘Come on, Kygs!’ his team called from the stands.

The 27-year-old’s team consists of girlfriend Costeen Hatzi, his father Giorgos and sister Halimah, as well as his manager Daniel Horsfall and personal physio Will Maher.

Kyrgios managed to battle back from his slow start to the first set to break his Chilean rival late on and win it 6-4.