The Special Ks’ semi-final was promoted to Rod Laver Arena after their giant-killing run on outside courts and the home hopes did not disappoint on centre stage.

Kyrgios and Kokkinakis outlasted third seeds Marcel Granollers and Horacio Zeballos 7-6 (7-4) 6-4 in an hour and 47 minutes on Thursday. 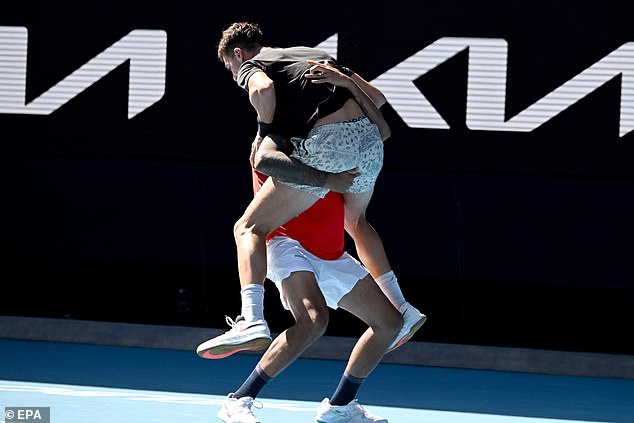 Showing more focus and restraint than in previous matches on the raucous outside courts, the pair mostly let their irresistible tennis do the talking.

But it would not be a Kyrgios match with at least one blow-up.

The 26-year-old was furious late in the second set after facing two break points against his serve.

Kyrgios let out some expletives at himself, argued with the umpire about the net cord sensor and pleaded for the crowd to stop talking during serves, before smashing a racquet when he dropped the game. 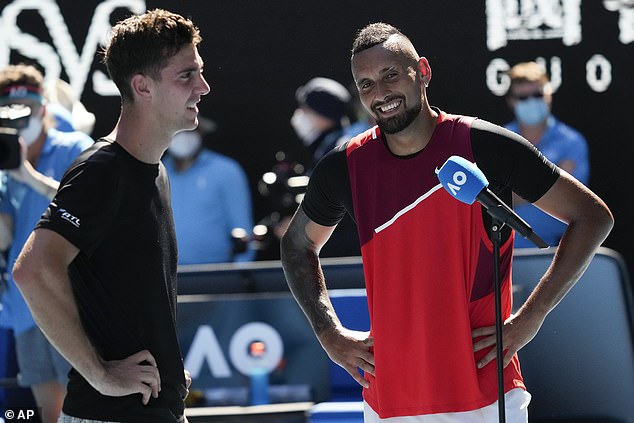 But the pair were able to close out the match by breaking back, with Kokkinakis hitting the winning shot with a classy lob.

‘It’s all about the crowd, the atmosphere, that gets us going and we worry about the tennis second,’ Kokkinakis said.

‘It brings the best out of us and I don’t know if we would have got this result anywhere else. 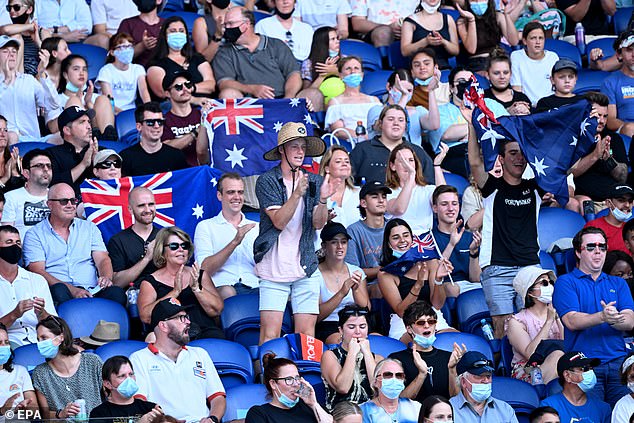 ‘I think both of us bring something different, different energy, different sort of charisma on the court, but we just enjoy it and have fun.’

The great Rod Laver, who only turns up for big matches on the court that is named in his honour, watched on from the front row, as did legendary Australian cricket captain Steve Waugh.

The victory sets up an all-Australian final at the Australian Open for the first time since 1980 with Matt Ebden and Max Purcell taking down second seeds Rajeev Ram and Joe Salisbury 6-3 7-6 (11-9) in their semi-final.

‘Those two are great doubles players and we’re not going to take them lightly,’ Kyrgios said. 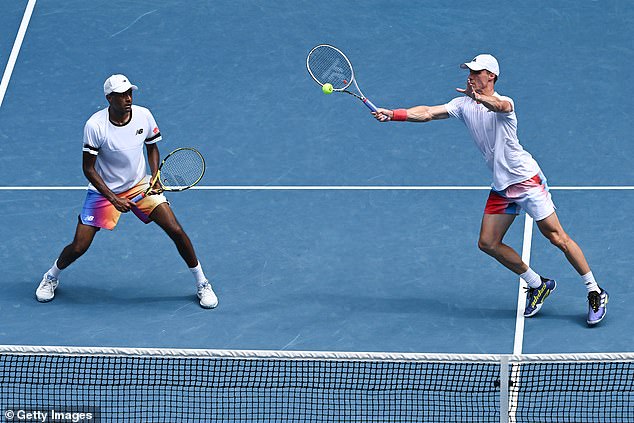