Nick Kyrgios’ career-best season has continued with the Australian securing his first ATP Tour title in three years with a straight sets win in the final of the Citi Open in Washington.

Kyrgios took just 81 minutes to defeat Japan’s Yoshihito Nishioka 6-4 6-3, completing a tournament where he held serve an incredible 64 times without being broken.

The 27-year-old got emotional after winning match point, falling flat on his back on the court and raising his hands to his eyes.

It’s Kyrgios’ seventh ATP title and first since he won in Washington in 2019.

After the match the often fiery Aussie was all class as he congratulated Nishioka, who had contemplated retirement earlier in 2022. 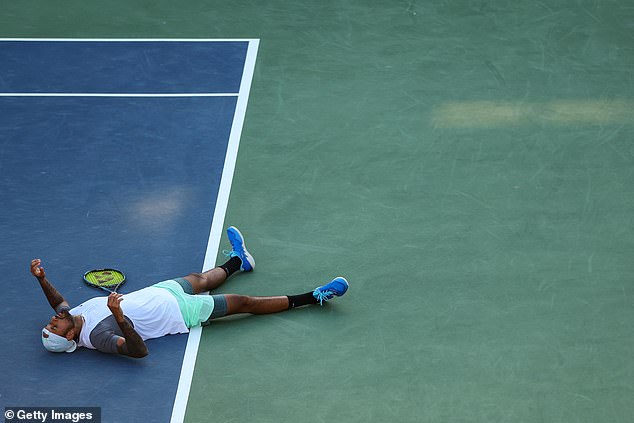 Kyrgios hailed his ‘incredible transformation’ in the last year, as the great run of form that got him to the Wimbledon final continues

‘It was emotional for me to see where I was last year to now, it’s an incredible transformation,’ he told the crowd.

‘I love this court, I played so many good matches here. I’m just really happy with myself.

‘I’ve been in some really dark places and just to be able to turn it around … there’s so many people who have helped me get there but myself, I’ve shown some serious strength to just continue and persevere and get through those really tough times.’

Kyrgios went on to compliment his opponent – and reveal they’ve known each other since they were kids.

‘I just want to congratulate Yoshi on an amazing week, you beat quality players every single round,’ he said.

‘You deserve to be here and I would never want to see a talented player like you retire. We’ve known each other since [we were] 14 and you’ve grown into a hell of a player.

‘I hope you continue to play and reach many more finals – but let’s keep the record the same.’ 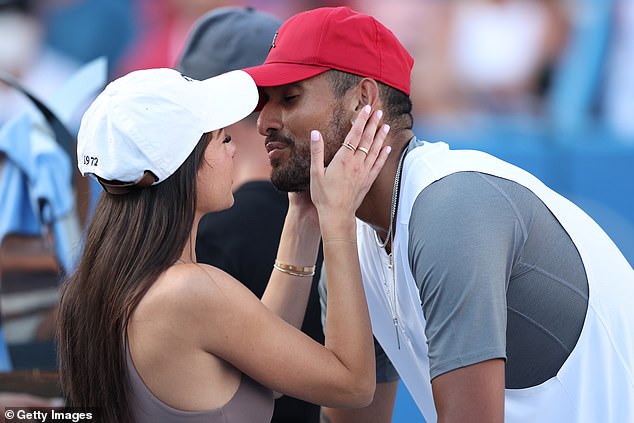 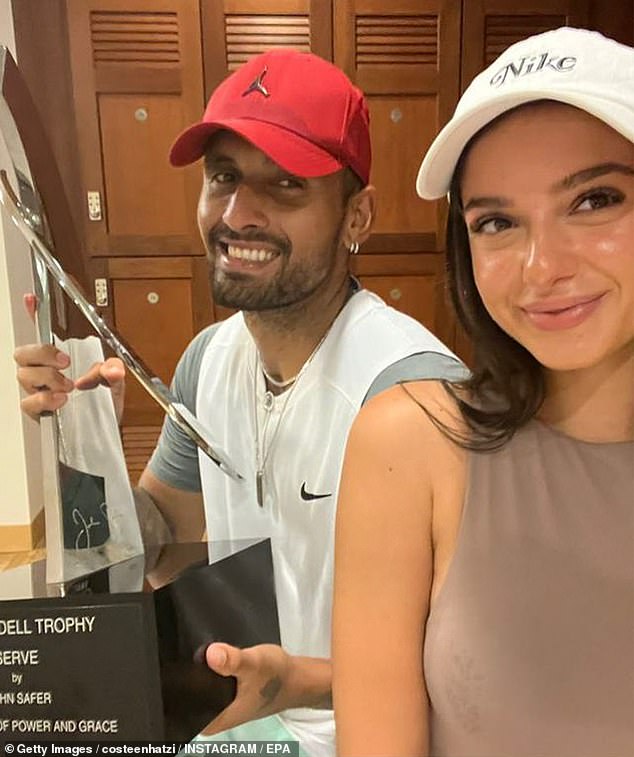 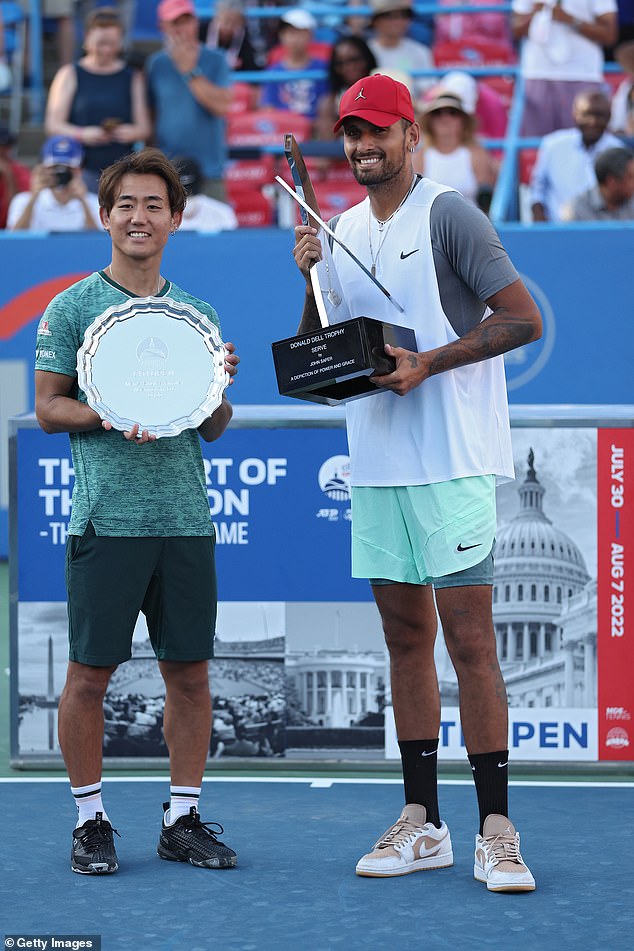 Kyrgios cracked the crowd up as he referenced his famously controversial spats with match officials.

‘The relationship is still rocky with the umpires but I just want to say thank you to everyone.’

He went on to thank the ‘ball kids’ before quickly correcting himself when he realised how old they were and calling them ‘ball women and men’.

The Aussie’s girlfriend, Costeen Hatzi, later posted a loved-up photo of the pair in the locker room after the victory, showing Nick posing with the trophy and captioned with four love-heart emojis.

Kyrgios is also chasing a third doubles title of the year, having reached the final in Washington alongside American Jack Sock where they’ll face Ivan Dodig and Austin Krajicek in the decider.

Having reached the Wimbledon final, Kyrgios is seemingly on track to secure an all-important seeding for the US Open starting on August 29 in New York ahead of big events in Montreal and Cincinnati.