EXPRESS INFORMER > Sports > Nick Kyrgios hasn’t even watched Netflix doco – as he names stars to take over from Nadal, Djokovic

Nick Kyrgios reveals why he hasn’t even watched Netflix Break Point doco despite being one of its biggest stars – as he names new big three who can take over from Rafa, Djokovic and Federer

Aussie tennis ace Nick Kyrgios has explained why he hasn’t even watched Netflix’s Break Point – despite being one the biggest drawcards for the fly-on-the-wall documentary series.

Kyrgios, 27, has provided plenty of headlines during the first five episodes of the show as he discussed his heavy drinking and left girlfriend Costeen Hatzi mortified while he struggled to provide a urine sample at the 2022 Australian Open.

But despite branding the show ‘a massive opportunity for my brand to get out there’, he hasn’t seen a single minute of the program.

‘I haven’t watched it. I watched the preview, obviously. Just been so busy. Like, I’ve just been doing so many things off the court, obviously preparing for the AO [Australian Open],’ he said on Saturday. 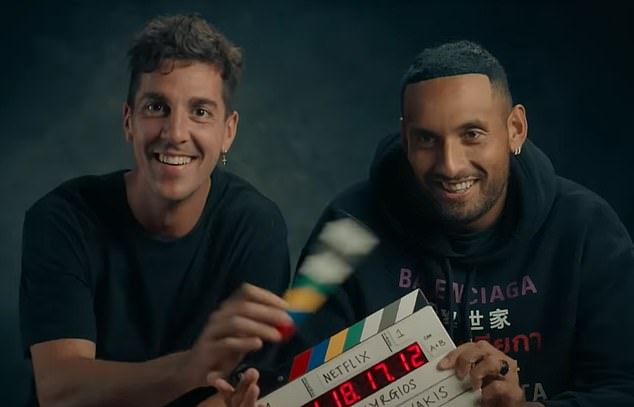 The world No.21 has been run off his feet in the lead-up to his home grand slam, even announcing he’s taken up part ownership of the South East Melbourne Phoenix basketball team in between holding a charity match with Novak Djokovic and rehabbing his injured ankle.

‘It’s just so important for tennis,’ he said of Break Point. ‘I think we’ve got so many great personalities, so many young personalities and so many colourful athletes.’

With legends Novak Djokovic (35) and Rafael Nadal (36) nearing the end of their careers – and Roger Federer officially retired – the sport is looking for the next generation of stars who can fill the huge void they’ll leave behind, and Kyrgios believes he knows who can step into the breach. 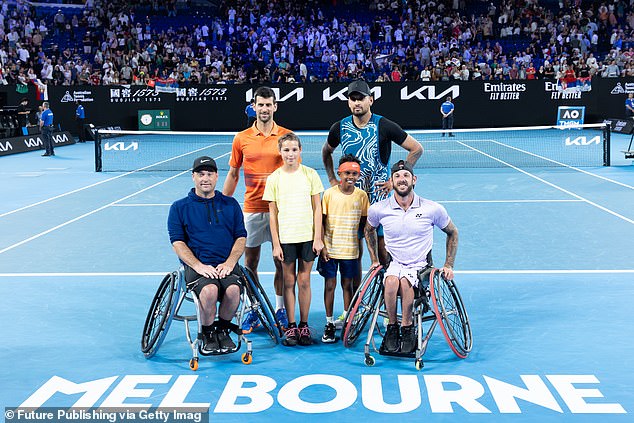 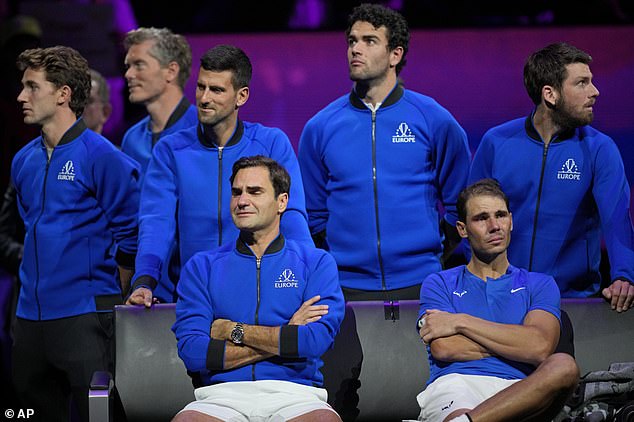 ‘I think when the big three kind of settle down and end up retiring, it’s so important that these guys are on showcase globally.’

Tiafoe, 24, made his mark at last year’s US Open, where he upset Nadal to reach the semifinals – only to lose to current world No.1 Alcaraz, who went on to take the title and add to his rapidly growing reputation as the next great of the men’s game. 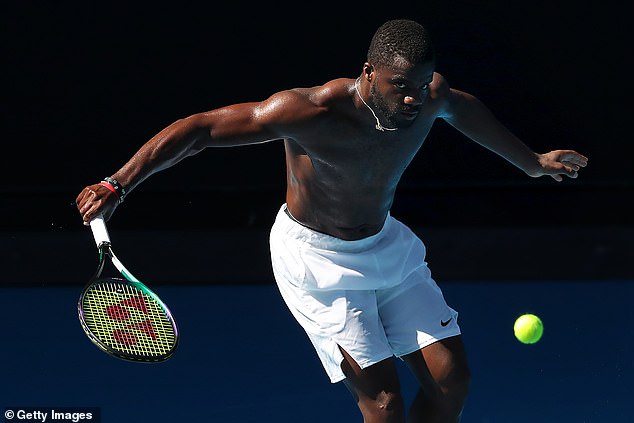 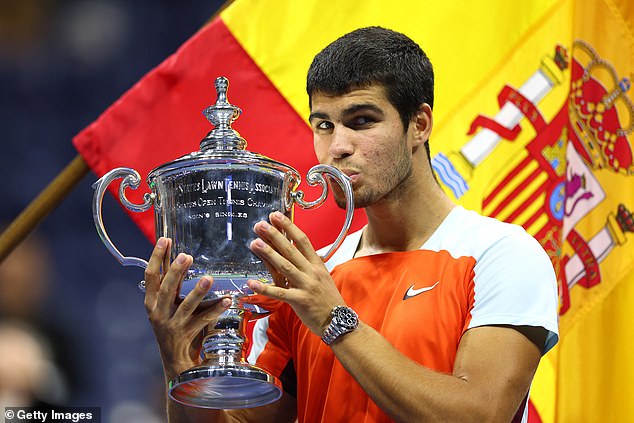 The American couldn’t overcome current world No.1 Carlos Alcaraz, who took what many believe will be the first of many grand slam titles at Flushing Meadows last September

Fritz, 25, has been ranked as high as eighth in the world and was a quarter finalist at Wimbledon last year. He won titles at Indian Wells and Tokyo in 2022.

The trio are undoubted talents on the court, but none of them can be a publicity lightning rod like Kyrgios – as the Aussie proved in the first episode of Break Point.

In it he confessed that he would ‘drink every night’ as his career threatened to ‘spiral out of control’ after he stamped himself as a player to watch by upsetting Nadal at Wimbledon in 2014.

His manager Daniel Horsfall would have to go out and find Kyrgios when he had wild nights out, using the tracking app Find My Friends on his phone.

‘I used to have your location on my phone and some mornings I would physically go find where you were, what hotel you were at, who’s house you were staying at before tournaments, before a match,’ Horsfall said. ‘That was tough.’