By Cameron Henderson For The Mail On Sunday

Millions of NHS patients who suffer with debilitating migraine attacks could soon benefit from a pill that prevents them before they have a chance to strike.

The tablet, taken every other day, could be approved for use next spring, according to prescriptions watchdog the National Institute for Health and Care Excellence (NICE).

Experts say it is far more convenient than the current gold-standard treatment of monthly self-injections.

Called rimegepant, the pill blocks the activation of a protein in the brain known to trigger migraine attacks. Studies show that it can cut the frequency of moderate to severe headaches in half. It is also effective in alleviating migraines when taken minutes after they begin.

The tablet, taken every other day, could be approved for use next spring, according to prescriptions watchdog the National Institute for Health and Care Excellence (NICE). 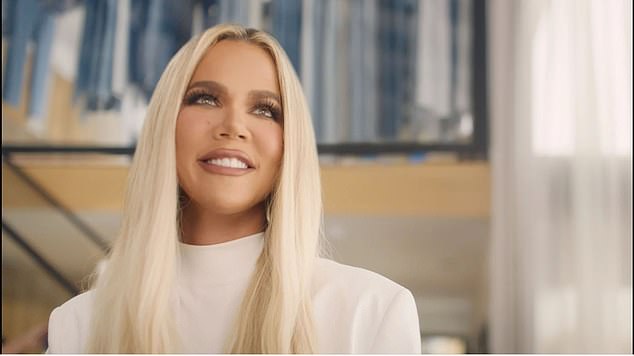 Called rimegepant, the drug is endorsed by Khloe Kardashian. It costs American patients £19,000-a-year, but experts predict the drug’s maker – Biohaven Pharmaceuticals – will offer the NHS a hefty discount

The drug – endorsed by reality star and migraine sufferer Khloe Kardashian, – is approved in the EU. Back in July, the UK regulator, the Medicines and Healthcare Products Regulatory Agency (MHRA), gave the green light for its use.

Insiders have told The Mail on Sunday that the medicine will be available to patients of private UK clinics this month. NICE will decide by March if it is cost-effective for use by the NHS.

The pill is estimated to cost patients in the US about £19,000 a year, but experts predict the drug’s maker – Biohaven Pharmaceuticals – will offer the NHS a hefty discount.

Dr Brendan Davies, a consultant neurologist at University Hospitals of North Midlands NHS Trust in Stoke, described the drug as life-changing. He says: ‘Migraines are an under-recognised condition that have historically been difficult to treat. The impact on people’s lives can be debilitating. Some lose their jobs because they are forced to spend multiple days a week in bed.

‘But rimegepant adds another useful option, which will be particularly welcome for those who have needle phobia.’

About 10 million people in the UK suffer from migraines – a throbbing headache on one side of the head. The attacks can involve a host of symptoms, such as sensitivity to light, nausea and seeing flashing lights. They are thought to be triggered by nerves and blood vessels at the front of the brain that release excessive amounts of a protein called calcitonin gene-related peptide, or CGRP. This is responsible for carrying vital signals between brain cells.

Current migraine treatments include over-the-counter painkillers and tablets – triptans – which help to interrupt pain signals. While these can ease symptoms once migraines begin, they cannot prevent them.

They also cause drowsiness and further headaches if taken too often, and cannot be used by those with a history of strokes and heart attacks.

Most treatments to prevent migraines were developed for other conditions and often come with severe side effects. These include beta-blockers and antidepressants, both of which also cause drowsiness.

In the past two years, health chiefs have approved several other CGRP-inhibiting drugs – erenumab, galcanezumab and fremanezumab – that are taken as monthly injections. These jabs both prevent migraines and relieve symptoms. They also have fewer side effects than previous options, with only about two per cent of patients reporting nausea.

While rimegepant will be the first CGRP-inhibitor in tablet form offered in the UK, experts have voiced concern on whether patients will be able to access it.

Last July, The Mail on Sunday revealed that thousands of migraine patients were being denied the jabs.

Campaigners partly blamed the stringent criteria patients must fulfil to qualify, including having failed three medications and experiencing at least 15 days a month of migraine.