A hospital in the Prime Minister’s constituency has closed to emergency admissions because of an outbreak of coronavirus among staff, it was revealed today.

The Hillingdon Hospital in Uxbridge began to divert ambulances last night, sending patients to other NHS hospitals in London.

But walk in casualty patients are still being treated, according to reports.

Hospital bosses today revealed 70 members of staff are currently self-isolating, and ‘a number of whom’ have tested positive for the coronavirus.

The Hillingdon Hospital in Uxbridge began to divert ambulances last night, sending patients to other NHS hospitals in London 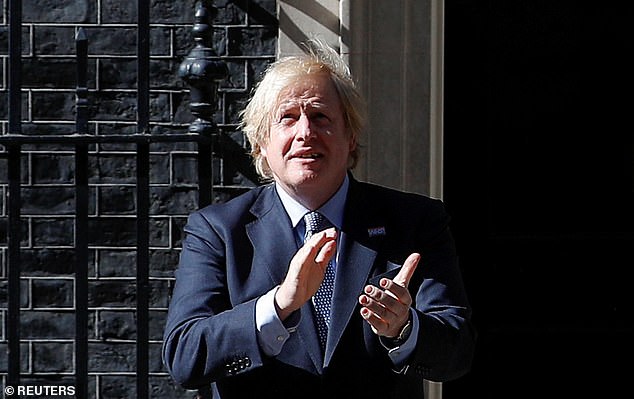 In a statement, the Hillingdon Hospitals Foundation Trust — which runs the hospital — told The Independent an outbreak of Covid-19 was declared on Friday.

It said: ‘As of Tuesday, July 7, 70 members of staff were isolating, a number of whom have tested positive for Covid-19.

‘As a result, the trust has taken the precautionary decision to close Hillingdon Hospital to emergency ambulances and emergency admissions.’

The statement added: ‘The trust is managing the outbreak in line with Public Health England guidance.’

MailOnline has approached the trust for comment. It is unclear how long it will be shut to new emergency admissions for.

Officials have also not revealed which hospitals emergency patients will be taken to instead.

It is not the first hospital that has been forced to shut because of a spike in Covid-19 cases.

Weston General Hospital, in Somerset, closed its doors to all new patients for three weeks due to an outbreak. It only reopened in mid-June.

At the height of its crisis, 40 per cent of staff were claimed to have had symptoms of coronavirus, such as a cough, fever or a loss of taste or smell.