The head of the NHS in England has hit out at drugs firms which try to ‘price-gouge’ taxpayers.

Sir Simon Stevens claimed one company was attempting to raise the cost of a medicine for mental health disorders by 2,600 per cent.

The firm, Essential Pharma, raised the costs of lithium carbonate tablets from £3 to £87 in 2016.

They have since withdrawn one of their other products which means the NHS may be forced to switch to this more expensive version.

Sir Simon called for it to be made illegal for ‘bad apple’ companies to hike their prices arbitrarily.

Sir Simon Stevens claimed Essential Pharma was attempting to raise the cost of a medicine for mental health disorders by 2,600 per cent

He also claimed up to 50,000 patients could be affected by the move.

Essential Pharma owns the rights to two other brands of lithium carbonate and the costs to the NHS for the drug are now likely to rise from £2million to £17million.

The tablets are used to treat bipolar disorder and depression and the health service could be forced to ration them or switch to less effective alternatives if it cannot negotiate a lower price.

He added: ‘You do occasionally get the one bad apple – which isn’t the same as the whole barrel.

‘There is a case, unfortunately going on right now, where we have a company, Essential Pharma, who are trying to jack the prices of a longstanding medicine for people particularly with bipolar disorder.

‘This is them just using the cover of coronavirus to try and price gouge British taxpayers, in a way which is also introducing clinical risk for vulnerable patients, and it is completely unacceptable.

‘So I hope where we find those isolated examples… we can take action.

‘If there needs to be a change of the law to make that happen perhaps that is something that could be included in the forthcoming NHS bill.’ 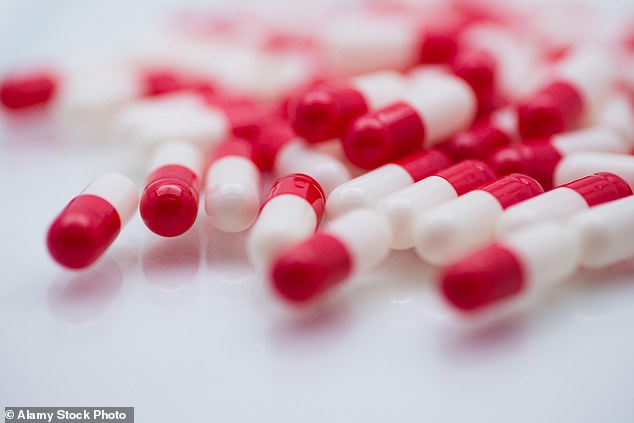 Essential Pharma, raised the costs of lithium carbonate tablets from £3 to £87 in 2016 (stock photo)

An Essential Pharma spokesman said: ‘We have sought to minimise disruption to patients and to allow time for the transfer to suitable alternative lithium products by providing an extended notice period of such discontinuance.’

Scientists believe that it helps strengthen nerve cell connections in the regions of the brain responsible for regulating mood, thinking and behaviour.

Essential Pharma owns one of the most widely-used brands of lithium carbonate which currently costs £4.02 for a pack of 100 tablets.

But the company – owned by a Swiss private equity firm – recently said ‘restrictions on permitted pricing’ of this brand, Priadel, meant it was ‘no longer viable.’

They held talks with health officials to negotiate a higher price but chose to pull the brand altogether.

Supplies will likely run out by April. Patients will likely be switched to other brands of lithium carbonate, such as the one Essential Pharma raised the price of in 2016.