Former NHL All-Star and the ex-fiance of Lindsey Vonn, P.K. Subban, has announced his retirement after a glittering hockey career spanning 13 seasons.

Subban announced via Instagram on Tuesday morning that he was retiring from the NHL, writing: ‘I remember my dreams of playing in the NHL and winning a Stanley Cup, similar to the guys on the Don Cherry Rock’em Sock’em tapes at the end of every volume, with the black eyes, broken bones, and tears of joy.

‘To this day, I still dream about it. However, the end of this chapter is closing and after 13 years in the NHL, I have made the decision to retire.’

Subban and Vonn first became a public item in June 2018 after they attended the CMT Music Awards in Nashville.

P.K. Subban and skier Lindsey Vonn were once on of the nation’s most powerful sports couples 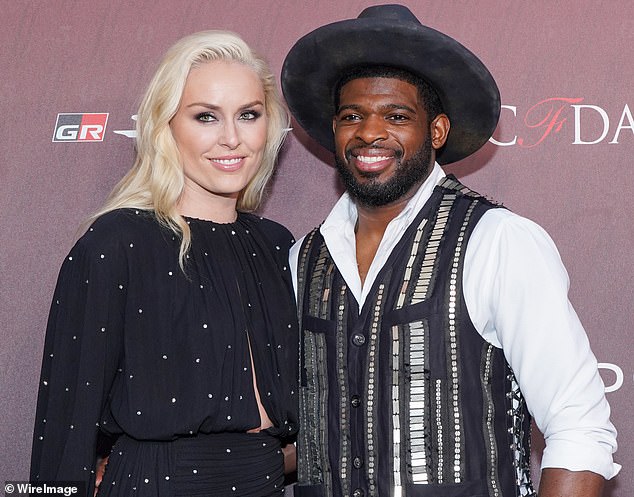 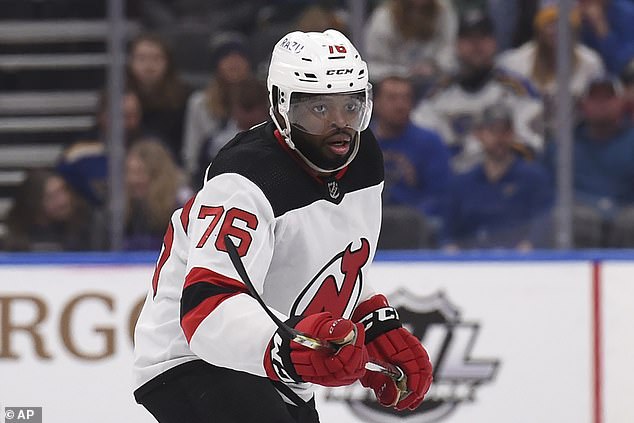 Following their breakup, Vonn took to Instagram to explain the decision. ‘Over the past 3 years PK and I have had some incredible times together,’ she wrote at the time, via TMZ. He is a kind, good man, and someone I respect a great deal.

‘However, after much consideration we have decided to move forward separately. We will always remain friends and love each other immensely. We ask that you please respect our privacy during this time.’

‘Having that perspective allowed me to enjoy every shift like it was my last, celebrate every goal with emotion, and play every game as if someone paid to watch me play who had never seen me play before. 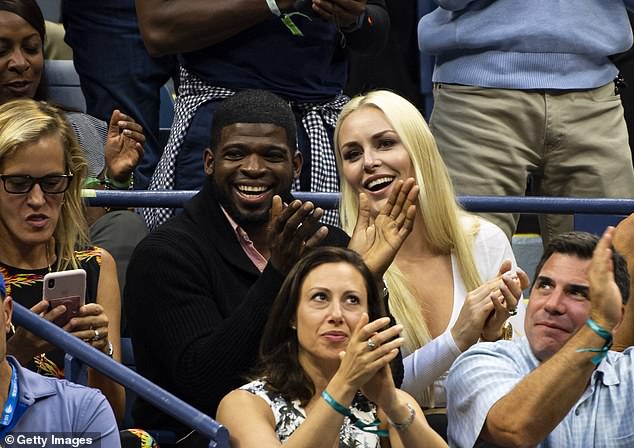 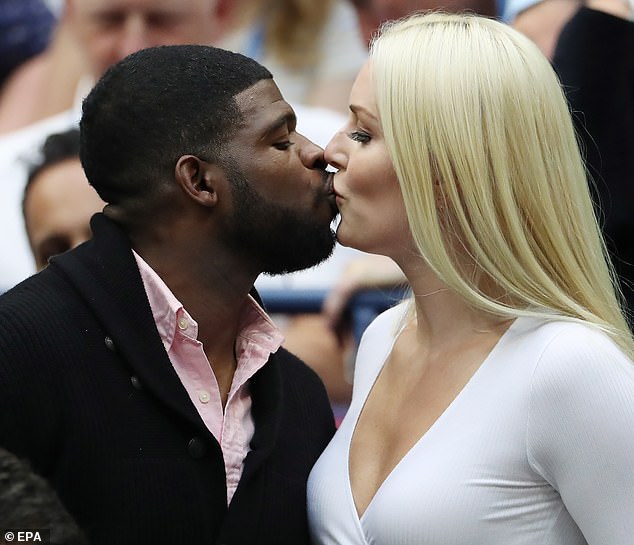 Subban was seen sitting adjacent from New York icon, Spike Lee (R), at the 2022 US Open 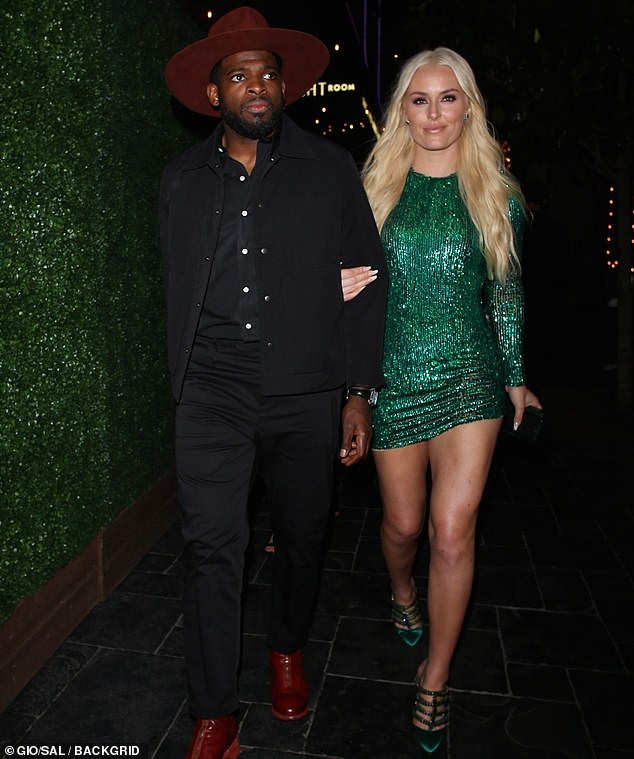 ‘I want to thank my parents, Karl and Maria for literally being the best people I have ever met! I have been spoiled everyday with love and support from you, and I don’t know how to put into words how grateful I am for the sacrifices you guys have made for me.

‘I’m so fortunate to have the best and most supportive brothers and sisters I could ask for. To all my fans that have supported me and continue to support me since the first day I stepped on to the ice, thank you!

‘You picked me up when I was down, supported me through tough times and had my back through it all! To an amazing league that gave me the opportunity to compete at the highest level with some of the best athletes in the world. 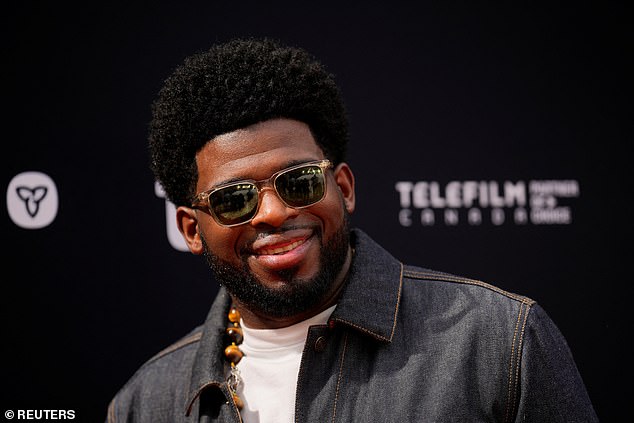 He hasn’t stepped out of the spotlight, seen at this month’s Toronto International Film Festival 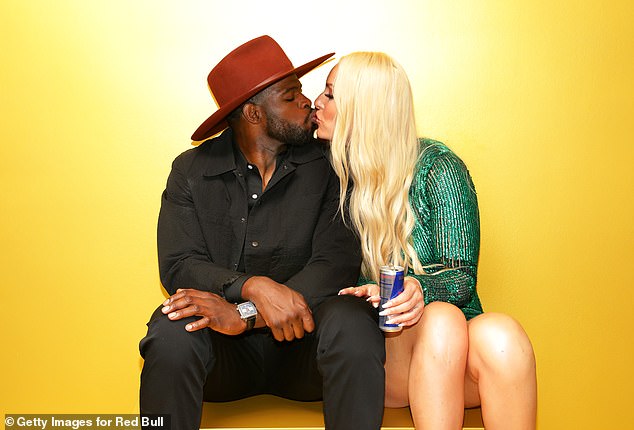 ‘The NHL also provided me with a platform that allowed me to give back thru my charities. A sincere thank you to the many players that I either played with or competed against who brought out the best in me.

‘A heartfelt appreciation to the Montreal Canadians, Nashville Predators and New Jersey Devils for each representing organizations with class and integrity.

‘I look forward to the road ahead, and the many exciting opportunities to come. I’m excited to share what those are with you all when the time comes! 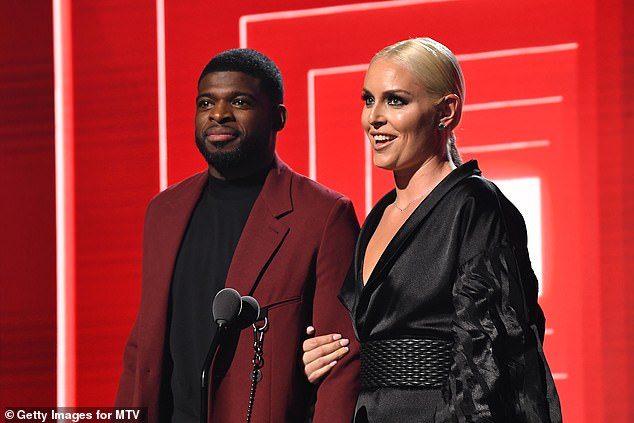 ‘With love, appreciation, and all the happiness I could ever hope for, P.K.’

Subban, who was most recently an free agent before retiring, was spotted at the US Open last month as Serena Williams crashed out to Ajla Tomljanovic.

The 33-year-old also won the Norris Trophy in 2013 — an award given to the NHL’s top defenseman.