NFL owners will meet Friday to discuss the league’s proposal to play the AFC Championship game at a neutral site as playoff seeding was affected following confirmation the pivotal game between the Buffalo Bills and the Cincinnati Bengals will not be resumed.

The Week 17 game, which was set to have an impact on the playoffs, was suspended Monday night after Bills safety Damar Hamlin collapsed on the field, suffering cardiac arrest.

The Bills and the NFL community received a positive update Thursday as doctors revealed the 24-year-old is now awake and has made ‘substantial improvement’ but the league will not resume the MNF game. 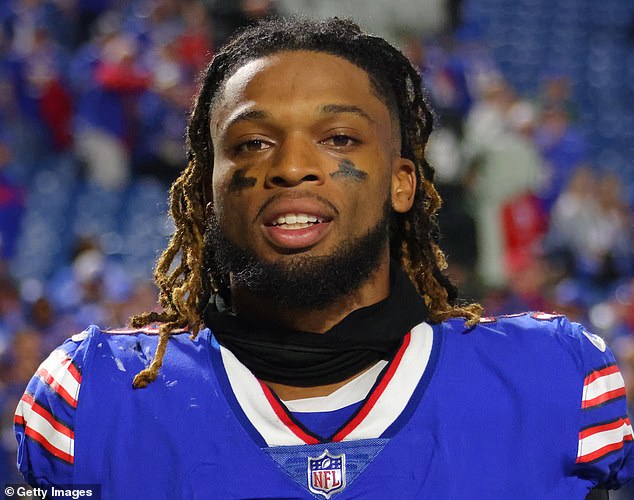 The Bills-Bengals game had major playoff implications and the league has proposed playing the AFC Championship game at a neutral ground to resolve the issue of the seeding.

Buffalo (12-3) entered Monday night needing a win to maintain the AFC’s No. 1 seed, while the Kansas City Chiefs (13-3) currently hold that spot.

The challenge of working out the AFC playoffs without the significant game has now been escalated to the highest level of the sport. 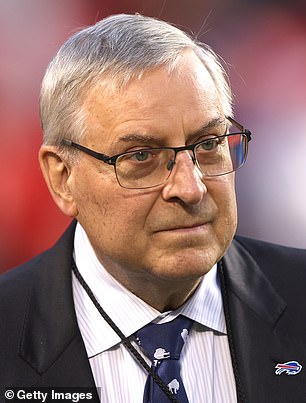 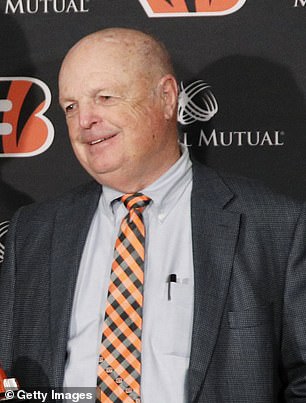 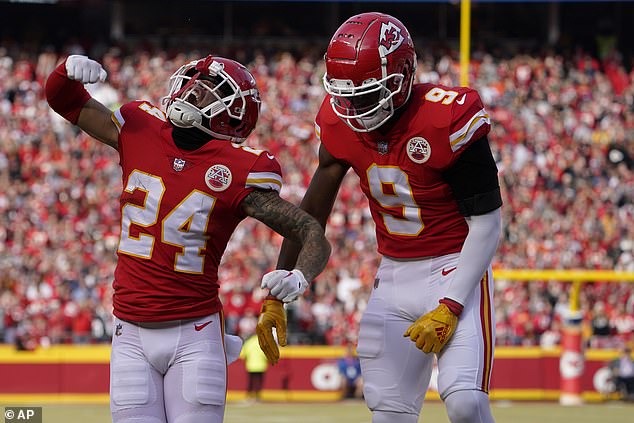 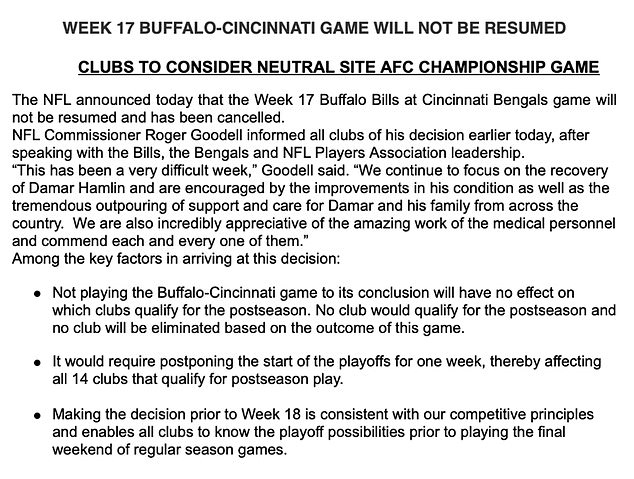 The NFL released a statement Thursday night proposing that if the participating teams of the AFC Championship game have played an unequal number of games and both could have been the No. 1 seed and hosted the game then it will be played a neutral ground.

NFL owners will meet Friday over video call to discuss the proposal.

The circumstances leading to an AFC Championship game at a neutral ground all involve Buffalo or Cincinnati qualifying for the game as a road team.

Firstly, if Buffalo and Kansas City both win or both tie in the Week 18 then a Buffalo vs. Kansas City Championship game would be played at a neutral site.

If Buffalo and Kansas City both lose and Baltimore wins or ties, then the Championship game between the Bills and Chiefs would also head to neutral ground.

And finally, if both teams lose but the Bengals win, then a Cincinnati or Buffalo vs. the Chiefs game would follow the same outcome.

Week 18 has no bearing on a possible Bills-Bengals AFC Championship game as that would still be in Buffalo.

NFL commissioner Roger Goodell said these three scenarios were the league’s best answer to the disruption in the race for the AFC’s top seed and anything else impacted.

‘As we considered the football schedule, our principles have been to limit disruption across the league and minimize competitive inequities,’ Goodell said.

‘I recognize that there is no perfect solution. The proposal we are asking the ownership to consider, however, addresses the most significant potential equitable issues created by the difficult, but necessary, decision not to play the game under these extraordinary circumstances.’ 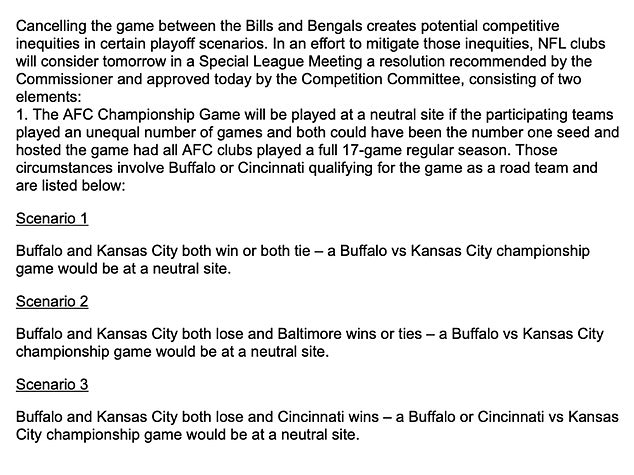 Another factor that complicates the matter is the outcome of the Bengals’ game against the Ravens on Sunday.

If Baltimore beats Cincinnati this weekend, then it will have defeated its divisional opponent twice but will not be able to host a playoff game as the Bengals will have a higher winning percentage from 16 games, than the Ravens’ from 17.

Therefore, if the Ravens are victorious Sunday and the two teams are scheduled to face each other in a Wild Card game, then the league has proposed the ground will be determined by a coin toss. 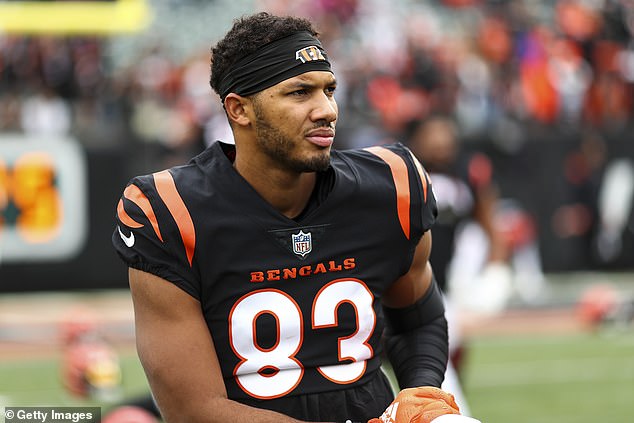 If Baltimore beats Cincinnati this weekend, it will have defeated its divisional opponent twice

While the Bills-Bengals game will not be resumed, Buffalo’s Week 18 game against the New England Patriots is still set to go ahead Sunday.

When pressed on why his team have to play this weekend, Bills head coach Sean McDermott insisted his team owes it to their teammate as he revealed that Hamlin’s dad Mario had told them it is what his son would want.

He said: ‘I feel strongly that as his dad Mario had mentioned to us, that this is what Damar would have wanted. We owe that to Damar and to his family.’

Hamlin had been sedated following his on-field resuscitation on Monday, but began communicating with doctors in writing Wednesday as his verbal communication remains impeded by his breathing tube.

The 24-year-old defensive back even asked doctors who won Monday’s game, which quarterback Josh Allen said he and his teammates ‘loved’ hearing it as he showed what type of person the safety is. 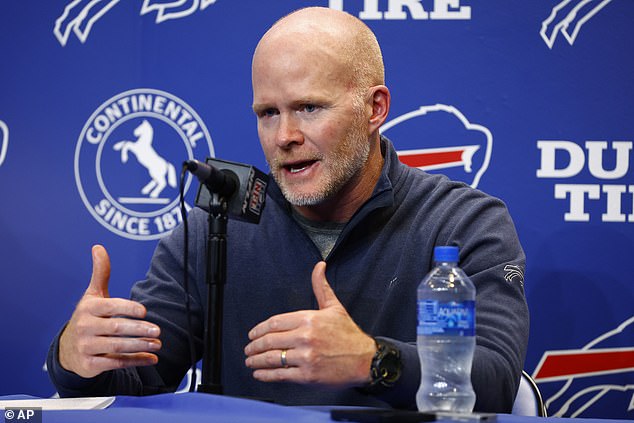 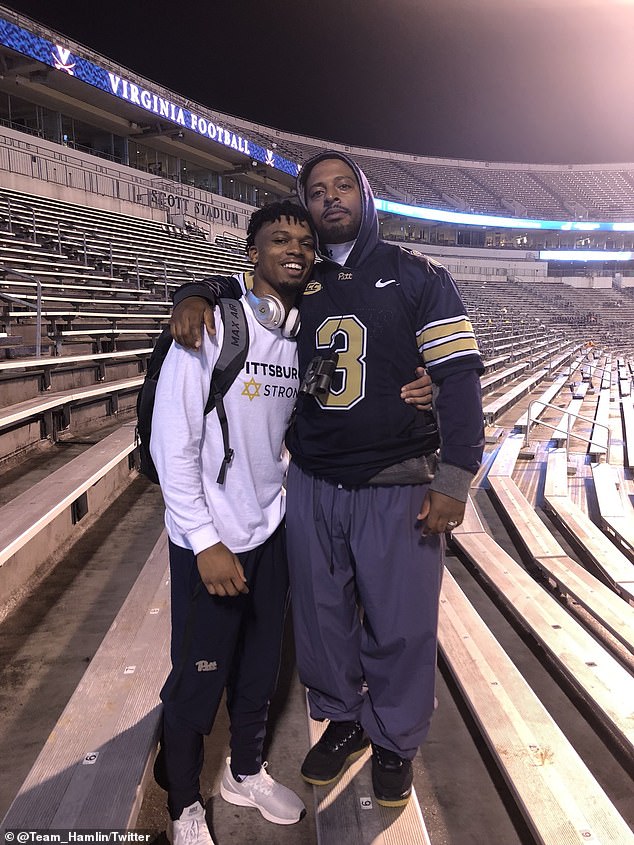 Damar Hamlin pictured alongside his father, Mario, during his playing days at Pittsburgh

Hamlin landed a hit on Bengals’ wide receiver Tee Higgins during the first quarter of the game and stood up before immediately dropping to the game.

Bills’ assistant trainer Denny Kellington gave Hamlin life-saving CPR on the field after he collapsed before the safety was taken to hospital.

Speaking at the Bills’ first media availability since the incident, McDermott hailed the assistant trainer as a ‘real hero’.

‘To give it context, Denny is one of our assistant trainers,’ McDermott explained. ‘Just like our team, their team go through mock exercises for these sorts of things, but we’re not around for those. As they say, practice pays off.

‘For an assistant to find himself in that position and take charge and step up like he did, it’s nothing short of amazing,’ he continued as he paid tribute to the assistant. ‘The courage that took, you talk about a real leader and a real hero, for saving Damar’s life. I admire his strength.’