‘Should have stayed in New York!’: Social media pokes fun at Mayor Eric Adams after he claimed Giants are ‘going to the Super Bowl’ in video from Philadelphia… only for them to go WAY behind in first half of do-or-die playoff

Adams was in Philadelphia on Saturday night to witness the Giants’ do-or-die playoff game against the Eagles, and he appeared very confident ahead of kick-off.

Speaking from field level at Lincoln Financial Field, the New York Mayor said: ‘This is the one, this is the big one. I’m here with our team. We’re going to win this, and when we do we’re going to go straight to the Super Bowl. 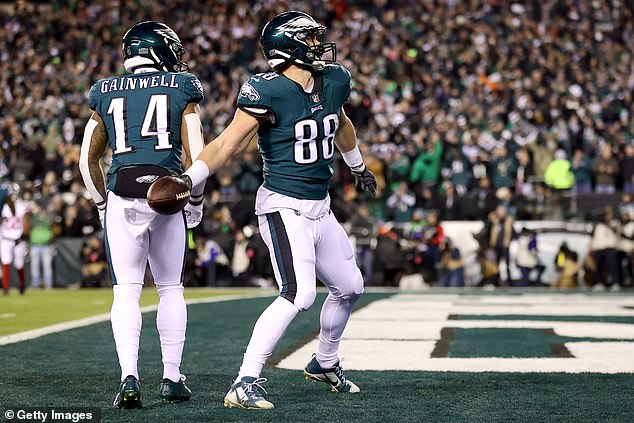 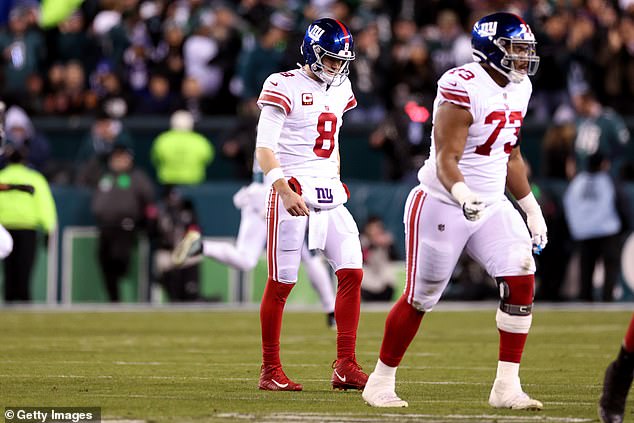 It was an awful first half for New York, who went in at the break 28 points behind their rivals

Unfortunately for Adams – and the Giants fanbase – his prediction was far from correct, with New York conceding FOUR first-half touchdowns to go in 28-0 down at the break.

Social media was quick to pile in on Adams too, with one user writing: ‘Should have stayed in New York lol’.

Another added: ‘Quick L’, while one noted: ‘Big time jinx.’

There were some concerns among Philadelphia fans about Jalen Hurts’ injury, but he threw for three touchdowns and ran in another to put the Eagles in cruise control.

Although not yet knocked out, it would need a second-half miracle for the Giants to come back and book their spot in the NFC Championship Game. 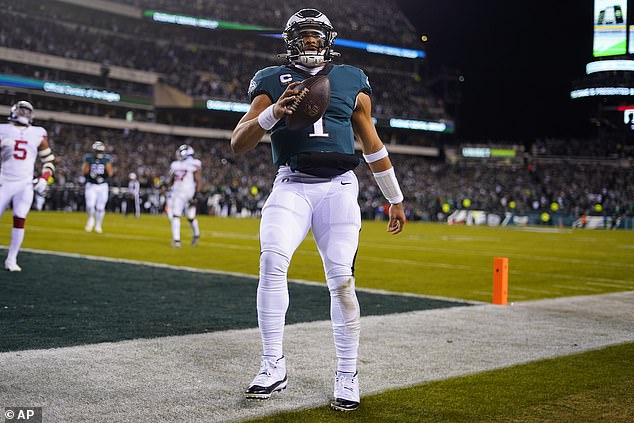 There was concern about Jalen Hurts’ fitness, but he threw three touchdowns and ran another 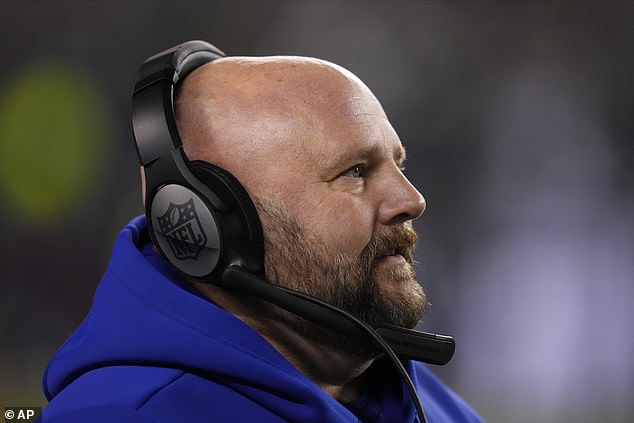 Daniel Jones has proved a very astute quarterback in 2022 and helped New York go 9-7 in the regular season to book a playoff spot.

They then downed the Vikings in the Super Wild Card round, winning 31-24 in Minnesota to raise hopes of a miracle playoff run, but things came crashing back down to earth in Philadelphia Saturday.

Perhaps more frustratingly for Brian Daboll and his players, the struggles came against an NFC East rival in the Eagles.