EXPRESS INFORMER > Sports > NFL legend Brett Favre ‘questioned by the FBI after being paid $1.1m for speeches he never made’

NFL legend Brett Favre ‘questioned by the FBI after being paid $1.1m from a Mississippi welfare fund for motivational speeches he never made’

NFL Hall of Famer Brett Favre has reportedly been questioned by the FBI for his alleged involvement in a welfare fraud case in which he was paid $1.1million for motivational speeches he never made.

The Green Bay Packers legend, 52, who has not been accused of a crime, was said to have been paid the cash in 2017 and 2018, as part of a wider $70million scandal – along with a professional wrestler, a horse farm and a volleyball complex.

NBC News reports that Favre, who has since given back the $1.1m but not the $228,000 in interest being demanded by a Mississippi state auditor, has now spoken to FBI regarding the case.

Favre has previously defended himself on social media, posting in October 2021 that he was unaware where the money had come from, and that he believed he was being paid for taking part in three years of commercials.

Brett Favre has reportedly been questioned by the FBI over a $1.1million payment made to him 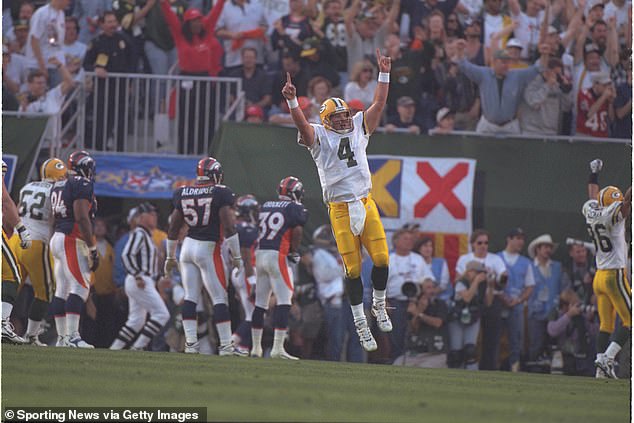 It is alleged that the money paid to Favre came from the Temporary Assistance for Needy Families (TANF) welfare fund, and came at the direction of former Mississippi Governor Phil Bryant. Bryant has also denied knowing the cash came from welfare money.

Speaking on Twitter, Favre said last year: ‘I am doing all that I can to support this investigation to make things right for the people of Mississippi and I have shared all that I know, which is that I was paid for three years of commercials that I did, and I paid taxes on the money, as I should.

‘Of course the money was returned because I would never knowingly take funds meant to help our neighbors in need, but for Shad White to continue to push out this lie that the money was for no-show events is something I cannot stay silent about.’ 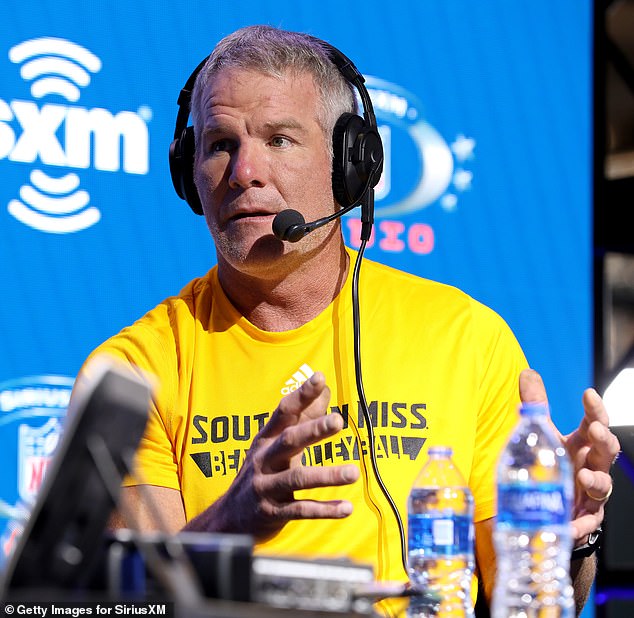 Favre has paid back the $1.1m and claims he believed the money was for commercials he was in 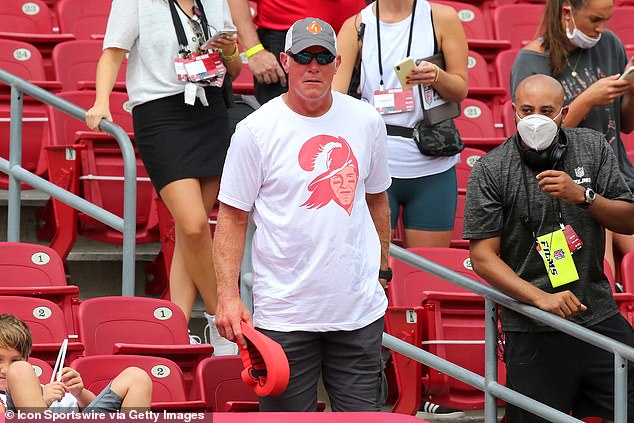 White is the state auditor who first discovered the misspending and fraud, according to the report.

Favre is a Super Bowl champion and three-time NFL MVP who played for the Falcons, Packers, Jets and Vikings, but is most famous for his 15 years as quarterback in Green Bay.

He was inducted into the Pro Football Hall of Fame in 2016.