Harrowing images have emerged of the moment an hysterical newlywed bride was led away from the scene of her husband’s murder in Mexico with her white wedding dress soaked in his blood.

Antonio Rosales Contreras, 32, a computer systems engineer who married his lawyer fiancee in her home city of Caborca in Sonora, was gunned down mere feet away from their wedding guests on Saturday just minutes after tying the knot.

Medics descended on the scene, administering CPR and loading the stricken Contreras into an ambulance.

But he died on his way to the hospital as a result of his injuries, according to local media reports.

The devastated bride was seen being dragged away from her husband’s motionless body by a wedding guest, her dove-white dress soaked with deep red patches having been dragged through her husband’s blood pooling on the floor.

The victim’s sister, Michele Adriana, 23, was also shot in the back in the attack, but is said to be recovering from her injuries. 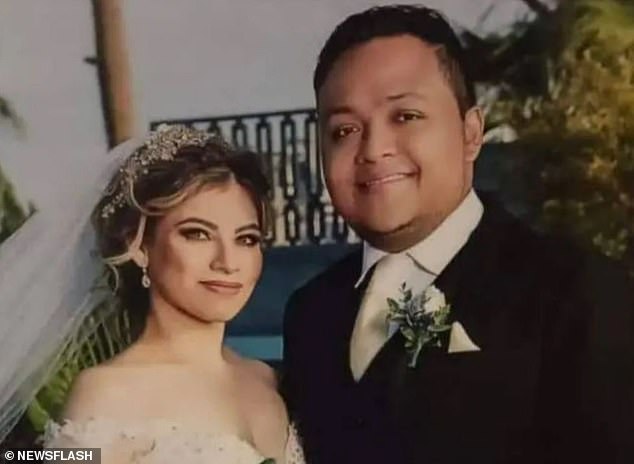 Picture shows the unidentified bride and Antonio Rosales Contreras. The groom was killed leaving the wedding, in Caborca, Mexico, on Saturday, Oct. 22, 2022

The governor of Sonora, Alfonso Durazo, stated that the incident may have been a ‘direct attack’, arguing that local residents should therefore not be alarmed.

He added: ‘The first lines of investigation suggest that it was an attack specifically directed against the person who unfortunately lost his life.’

The Sonora governor was then accused of playing down the levels of violence in a region plagued by insecurities in a number of online comments after he allegedly described the incident as a one-off attack and was quoted as stating that there was no need for public ‘psychosis’ by Mexican journalist Michelle Rivera.

But on Sunday night, state officials announced that no line of investigation had been ruled out.

The Sonora Attorney General’s Office said that although Contreras’ murder was likely a ‘direct attack’, it is believed the bullets may have been intended for someone else, making the slaughter a tragic case of mistaken identity.

‘Investigations indicate that the attack was directed towards another individual who was also getting married at the same time in a different nearby city,’ the statement read.

Another man was reportedly shot at his wedding in a neighboring city on the same night, according to local media, underscoring the escalating violence in the region. 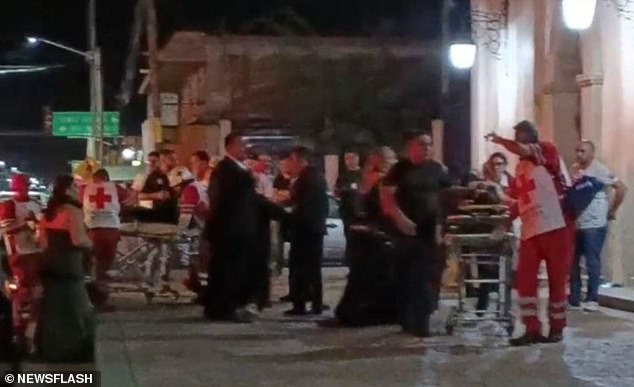 Picture shows wedding guests and emergency crew with the victim in a stretcher, at the church, in Caborca, Mexico, on Saturday, Oct. 22, 2022

Located in the north east of Mexico, Caborca is home to an eponymous cartel presided over by Rafael Caro Quintero, who as earned the moniker ‘narco of narcos’ due to his notoriety.

Quintero has been entrenched in the drug running industry for decades, and stands accused of torturing and murdering a Drug Enforcement Administration (DEA) agent in 1985.

He was arrested in Mexico earlier this year and is currently awaiting extradition to the US.

Despite the innumerable examples of lethal violence on the streets, Americans are flocking to Mexico with travel now eclipsing pre-pandemic levels, according to Mexico’s Tourism Department.

But a security expert has warned that heading south of the border remains ‘risky’, with the US State Department having issued a travel warning for the country in late September.

Former DEA Special Agent Derek Maltz told The Courier-Journal that he cautioned a friend against sending his daughter for spring break in the Cancún, one of the top six cities tourists prefer to visit in Caribbean coastal state of Quintana Roo.

A series of mid-August weekend attacks across the states of Jalisco, Guanajuato and Baja California by the Jalisco New Generation Cartel prompted the State Department to issue the travel advisory.

The government implored American citizens not to travel to the states of Colima, Guerrero, Tamaulipas, Zacatecas, Michoacán and Sinaloa as a result of the escalating number of brutal attacks in tourist hotspots. 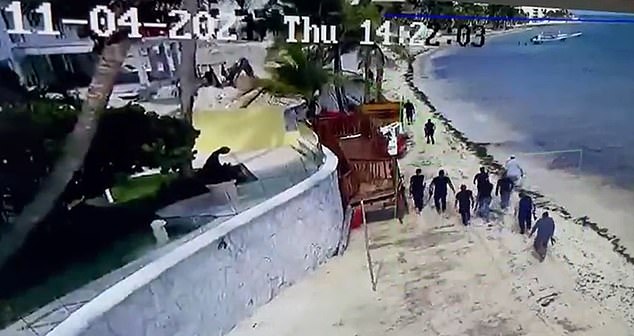 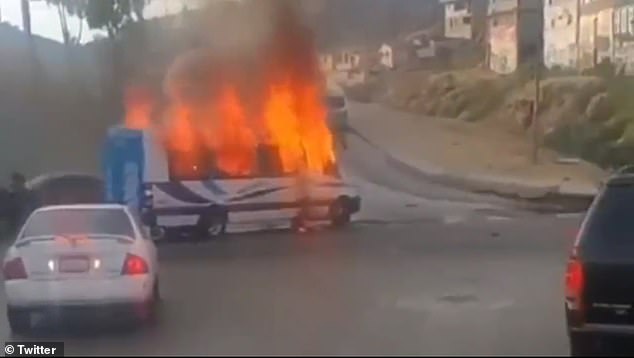 The Jalisco New Generation Cartel is said to have been responsible for unleashing a wave of attacks in August across the states of Jalisco, Guanajuato and Baja California, torching several businesses and vehicles 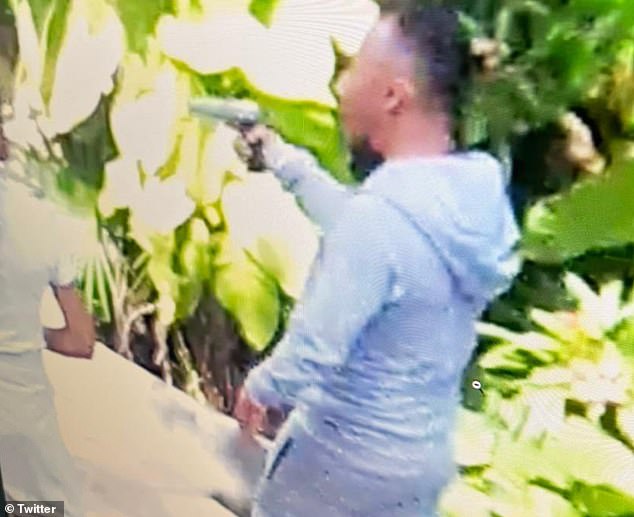 Everard Meade, director of Proceso Pacifico, a peace-building organization based in Mexico, also suggested that tourists stay away from the Guerrero resort town of Acapulco.

At least 236 people were murdered from January to June in the region this year, in comparison with 213 during the same period in 2021.

‘Acapulco is the one place where I would really tell people to hesitate. And I hate doing it,’ Meade said.

The Department of State advisory also urged prospective visitors to reconsider traveling to the states of Sonora, Morelos, Guanajuato, Durango, Chihuahua, Baja California (where the August attacks took place), and Jalisco, the site of a mall shooting Sunday that left a bodyguard dead after Jalisco New Generation Cartel gunmen attempted to kidnap a businessman at a mall in broad daylight.

The US government also listed 16 states and Mexico City, the capital, as places where Americans have to ‘exercise increased caution.’