‘Never change, New York City!’: Newly engaged woman is told to ‘shut the f***-up’ by cyclist after she shouted out the news from her apartment window

A newly engaged woman was told to ‘shut the f**k-up’ by a New Yorker after she decided to shout out the good news from an apartment window last week, in a video that has now gone viral.

Bailey Kenworthy, a 24-year-old Texan who was visiting the Big Apple with her fiancé, Miguel, 28, filmed herself as she gleefully shared her engagement with the city below.

‘Shut the f*** up!’ a cyclist can be heard yelling below.

‘I love it here,’ she deadpans to the camera.

The video, which Kenworthy captioned ‘The nicest city,’ has already gained 2.1 million views and over 362k likes. 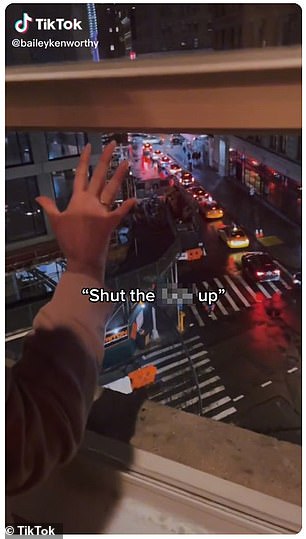 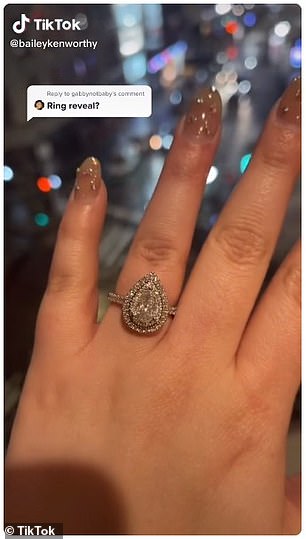 ‘Shut the f*** up!’ a cyclist can be heard yelling below. The 24-year-old Texan’s engagement ring, pictured right, which she received while visiting the Big Apple with her fiancé, Miguel 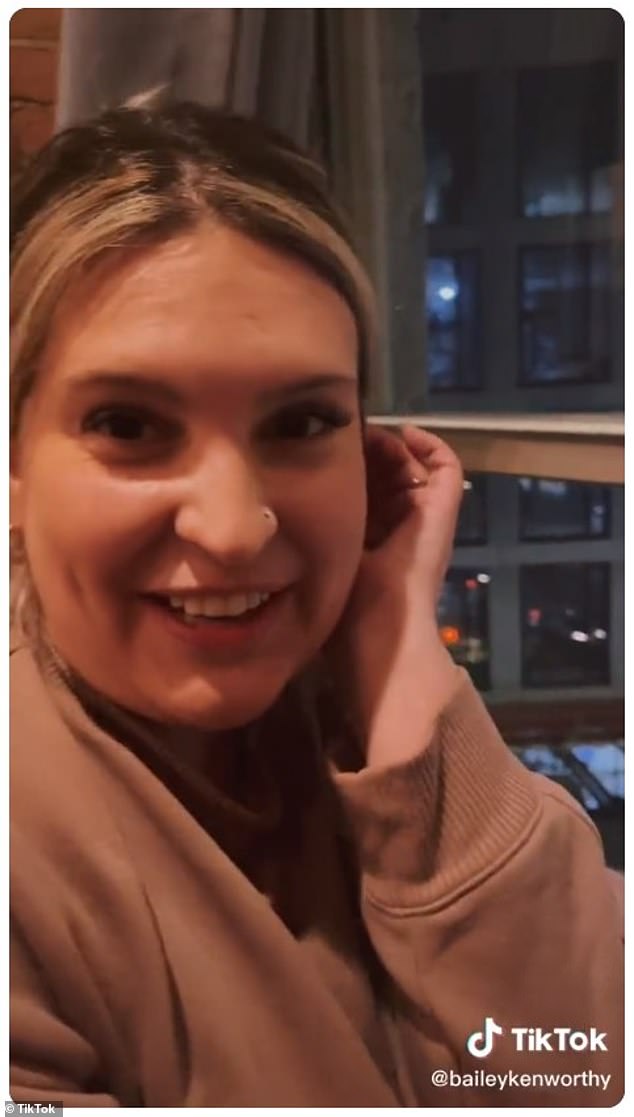 Kenworthy, pictured above right after announcing her engagement to the New York City streets below

‘I love that my video is blowing up,’ Kenworthy told the New York Post.

‘I enjoy when others laugh at my jokes.’

Kenworthy, who works as a patient service specialist for the University of Texas Medical Branch’s COVID Urgent Care, said her fiancé surprised her with the engagement ring just before the New Yorker’s candid response.

‘He played it off by putting our camera on a bench and was like, “Let’s record ourselves posing,”‘ she said.

Many commenters were quick to help the native Texan decipher the New Yorker’s rude response.

‘That translates to congrats sis,’ the official Duolingo account wrote. 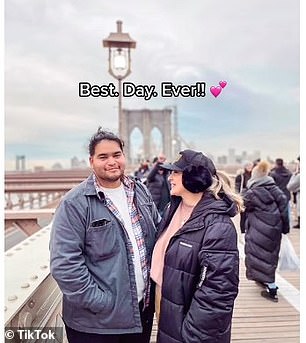 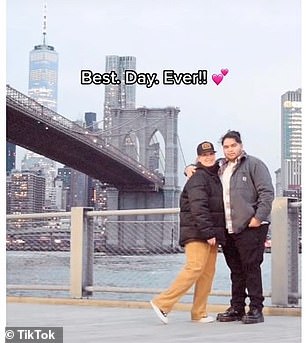 Miguel and Bailey, pictured above, after getting engaged in the Big Apple last week 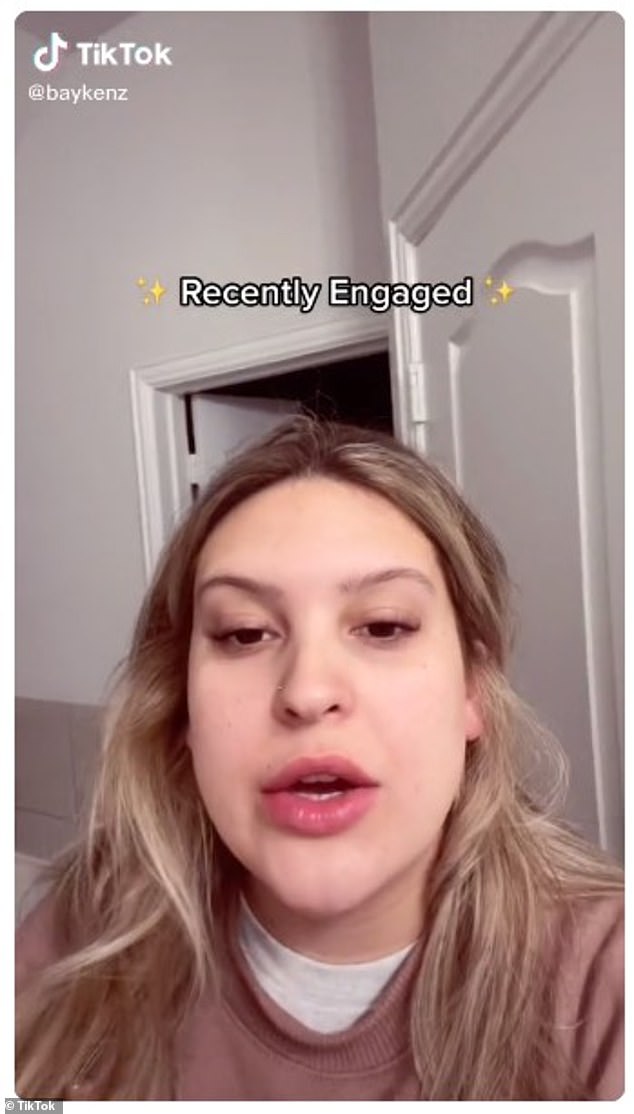 ‘Recently engaged,’ Kenworthy wrote in celebration of her engagement. The newly-engaged couple are already planning for the wedding, which they’re targeting for November 2023

Other commenters noted the similarities of Kenworthy’s engagement video to the television show ‘Friends,’ when the character Monica Geller similarly yells to the New York streets below, ‘I’m engaged! I’m engaged!’

‘This is giving Monica vibes,’ another commented.

‘Friends’ is hilarious,’ Kenworthy said in response to the similarities.

‘I just love it here, it was my whole vibe the entire week we spent in NYC, no matter how non-friendly anyone acted.’

Meanwhile, the newly-engaged couple are already planning for the wedding, which they’re targeting for November 2023, COVID-permitting.