A Labour mayor who was filmed brawling with a cabbie in a road rage row has resigned following an outcry.

The newly elected mayor knocked the other driver out during the fight at a roundabout in the West Sussex town on July 19.

Cllr Malik, who works as a taxi driver, was filmed brawling with another taxi driver at the Tushmore roundabout in Crawley on July 19 at about 2.30pm.

Tory councillors called for a vote of no confidence in the Labour mayor after video of the fight spread on social media.

The vote was delayed until this week.

An extraordinary full council meeting scheduled for Thursday evening has now been called off.

Father-of-three Cllr Malik. who lives in Crawley. was not suspended despite an embarrassing video of the fight spreading online.

A council spokesman said following the fight: ‘There was an incident on Monday afternoon involving two taxi drivers.

‘This incident is now being investigated and therefore it is not appropriate to comment on a live investigation.’ 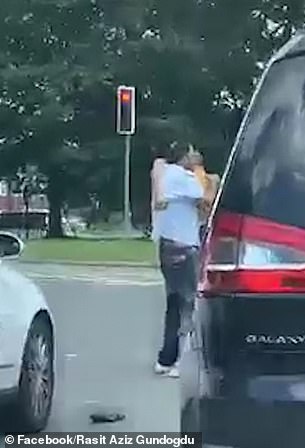 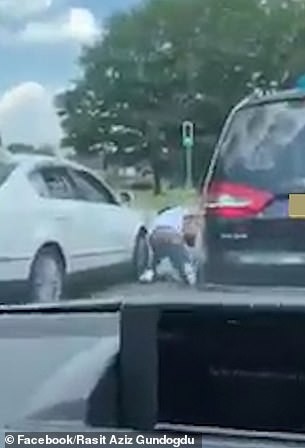 Sussex Police said a man was arrested on suspicion of assault occasioning actual bodily harm and released under investigation.

A spokesman said: ‘Following an argument an altercation ensued in which one of the men suffered injuries to his arms and head and briefly lost consciousness.

‘Both men then left the scene in their vehicles.

‘Police are aware of footage of the incident being shared on social media and ask the public to refrain from speculating on the identities of those involved while officers conduct their enquiries.’

A Crawley Borough Council spokesperson said: ‘Councillor Shahzad Abbas Malik has resigned as the Mayor of Crawley. He will continue as a councillor.

‘The Deputy Mayor, Councillor Morgan Flack, will cover the main duties of the Mayor until the end of the municipal year.’ 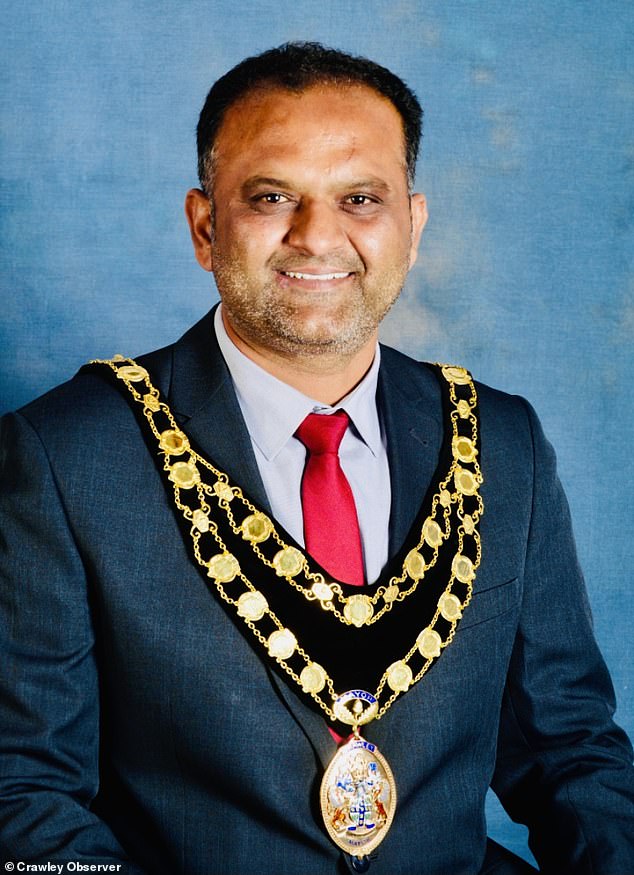 Despite the damning video the mayor (pictured), a father of three, has continued to carry out his duties despite calls for him to step down from his post

Conservative leader on Crawley Council, Duncan Crow, called for an election to find a new mayor.

‘The Conservative half of Crawley Borough Council welcomes that the Mayor has finally heeded our calls by resigning his position – but this is seven weeks too late,’ Cllr Crow said.

‘It was clear to everyone in Crawley that the behaviour very publicly on display seven weeks ago on July 19th, was wholly incompatible with holding the position of Mayor of Crawley – a role where the highest standards of personal conduct are expected.

‘Clear to everyone that is, except for Crawley Borough Council’s Labour Administration and every single Labour councillor in Crawley, all of whom have failed miserably to condemn their Mayor’s appalling conduct that has shamed our town, as well as them completely ignoring the sheer weight of Crawley public opinion.’

Cllr Malik has been on the council since 2018 and was announced as the new Mayor of Crawley at the end of May.

The police said: ‘A report has been sent to the CPS for a decision as to whether there should be prosecution. The matter is therefore not closed and the man who was interviewed remains on police bail at this time.’