A Newcastle cat lover has infuriated her fed-up neighbours after they say her pets have taken over their local street – and turned it into a giant stinking cat litter tray.

They claim the stench of the cat urine and faeces is overpowering – but nothing they say or do can get their owner to keep the animals inside.

Neighbours say they have lost count of how many cats belong to the owner but say they constantly see dozens of them wandering the streets and in their backyards.

‘We live like this 24/7’ one neighbour on Hunter Street told A Current Affair. ‘It needs to stop.’

Another concerned local added: ‘The smell, go out the back and smell up the drive…it’s just terrible and she (the owner) doesn’t feed them.’

At night, the situation for these neighbours is even worse, as the cats roam the streets and cause havoc in neighbouring backyards.

They urinate and leave faeces all over outdoor furniture and decking, claim residents.

‘It’s disgusting, the smell is always there…I prayed for rain cause it will wash it away,’ a neighbour added.

A third neighbour said the cats will even come into their homes if any doors or windows are left open. 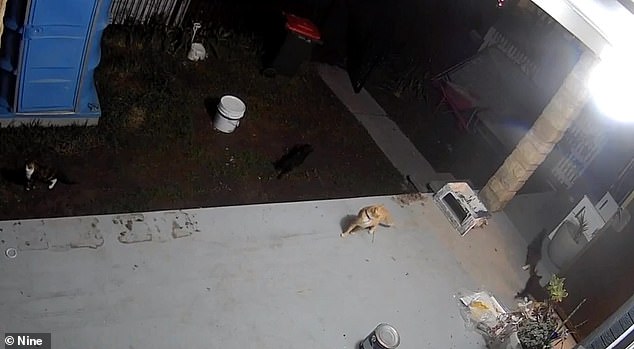 At night, the situation for these neighbours is even worse, as the felines (pictured) roam the streets and cause havoc in neighbouring backyards 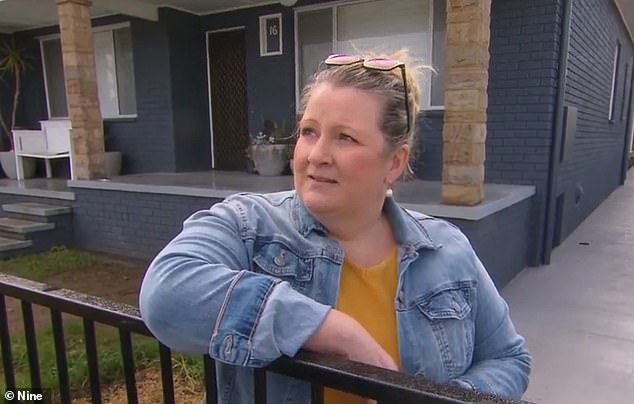 Even breeding is becoming an issue for the residents.

‘I know some of the neighbours have had cats giving birth under their houses,’ another said.

The locals have complained to Newcastle City Council about the ongoing issue.

However, the council has said the cat problem is beyond them and have posted on their website: ‘We will no longer be dealing with this type of request.’