An Australian family has recalled their harrowing ordeal after being stranded in the middle of the ocean after their boat disappeared on a dive charter while on a Fijian cruise holiday.

Newcastle mum Justine Clark, partner Jeremy and her sons Felix, 18, and Max, 20 were on a seven-day cruise of the South Pacific island nation last month when they booked an afternoon dive at The Supermarket – an offshore site.

With 30 years of diving experience behind her, Ms Clark and her sons decided to take the excursion led by a divemaster who worked for a company subcontracted by Captain Cook Cruises.

She detailed the harrowing experience to Daily Mail Australia and is sharing her story in the hope it never happens again and that safety procedures are overhauled.

Weather conditions worsened as the tender boat made its way out to the dive site and travelled into an approaching storm in open waters in what appeared to be a large channel 20km from any island.

After a 40 minute dive, Ms Clark resurfaced with her eldest son and saw no sign of the tender boat.

‘No tender boat was visible on surfacing, the swell was two metres, it was dark with grey clouds and high wind,’ Ms Clark recalled.

The divemaster then resurfaced and was shocked to find the tender boat was gone, telling Ms Clark it had never happened in his 27 years of diving.

He advised the group to start swimming towards an island in the distance.

‘Due to the distance from islands, weather and it being passed school hours I was not optimistic we would have passing vessels,’ Ms Clark recalled.

‘I can’t impress how concerned I was for everyone’s health, sharks and the sense of determination I had to reach the island in a calm manner.

‘I knew that I was capable of the 10-15km swim to the island and that even if I had to drag my boys for some of the way I would reach that beach.’

After 40 minutes, they noticed a small boat heading their way.

On board was a garbage collector who had been picking up rubbish on a nearby island when he spotted the tip of one of the diver’s buoys. 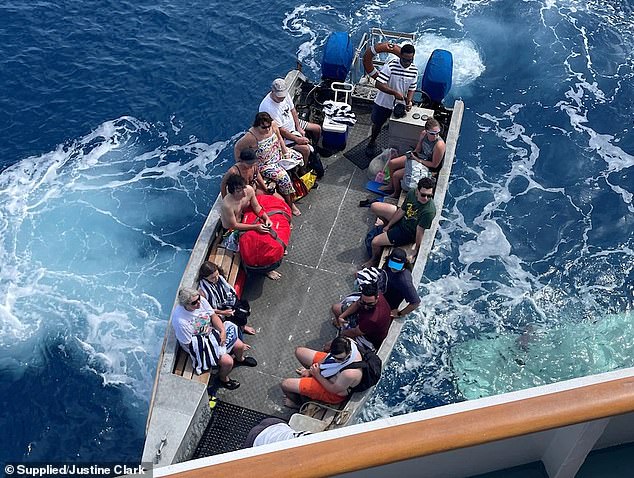 ‘We were all smiles and I was blowing a kiss to the Fijian who saved us,’ Ms Clark said.

Soon after, the tender boat driver motored over to the group, who apologised and advised the cruise captain has been informed he’d lost the group.

‘The cruise boat tender finally approached after all of us where on the tinny. We did not change boats and I would have refused anyway as the sea was too rough,’ she said.

‘We travelled back to the cruise ship in the rain and cold wind but joyous to have been saved.’

Ms Clark said the terrifying ordeal impacted on the rest of their holiday.

‘The captain was not able to explain to me why the tender driver was so far from the dive site or why we were diving at a site so far from the main cruise ship,’ she said.

‘The captain did apologise for the accident and suggested that it was an unlikely event.

‘The story did get around the boat and for the reminder of my holidays guest were coming up expressing concern and sorry for what had happened to us.

‘This was also unpleasant as I did not wish to keep discussing the incident.’ 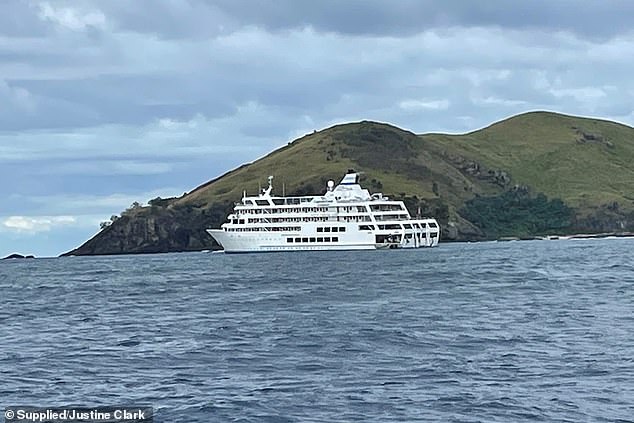 ‘I have no desire to damage the tourism of the area and lives of the local Fijians dependent upon this trade,’ she said.

‘However, Captain Cook Cruises should be applying safety standards consistent for such sea emergencies in the countries they operate outside Australia.’

The company refunded the the family for the diving trip while the CEO has reached out to Ms Clark directly. 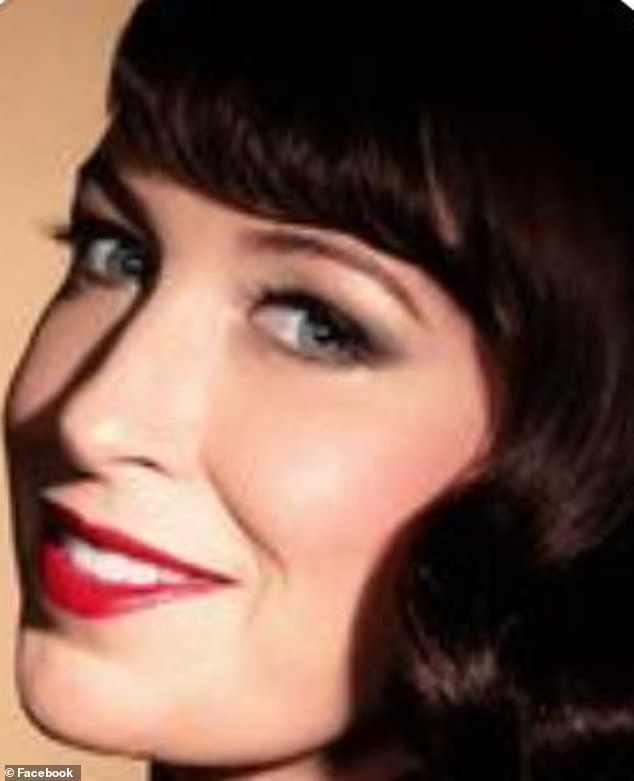 ‘The safety failures could have result in awful outcomes if not for a garbage collector. The experience really impacted our holiday and the initial lack of response from ship captain and company was disheartening,’ Ms Clark said.

‘I’m glad that the CEO has taken the time to speak directly with myself about my concerns to ensure other divers especially those in my age group are not at such risk.’

Captain Cook Cruises told the ABC in a statement the tender boat had blown away from the dive site and that conditions made it difficult for the operator to follow the divers’ bubbles.

The company added an internal review into the ‘unprecedented’ incident resulted in the amendment of ‘already tight’ safety procedures.