Newcastle ‘considering move for £30m-rated Brighton star Leandro Trossard’… with Eddie Howe’s side ‘set to join Chelsea, Arsenal and Atletico Madrid in the race to sign the in-form Belgian’

Newcastle are interested in signing Leandro Trossard and are preparing to lodge an inquiry with Brighton ahead of the January transfer window, according to reports.

Trossard has impressed with his performances for Brighton this season, scoring seven goals in 12 Premier League matches so far, and is valued at around £30million.

The Belgian forward, 27, has reportedly attracted the interest of the likes of Chelsea, Arsenal and Atletico Madrid following his superb start to the campaign.

According to the Northern Echo, Newcastle are also considering a move for the left-winger as Eddie Howe looks to strengthen his squad in the January window.

Newcastle’s excellent start to the season has fuelled suggestions of a top-four push. The Magpies are currently fourth, a point ahead of Manchester United in fifth. 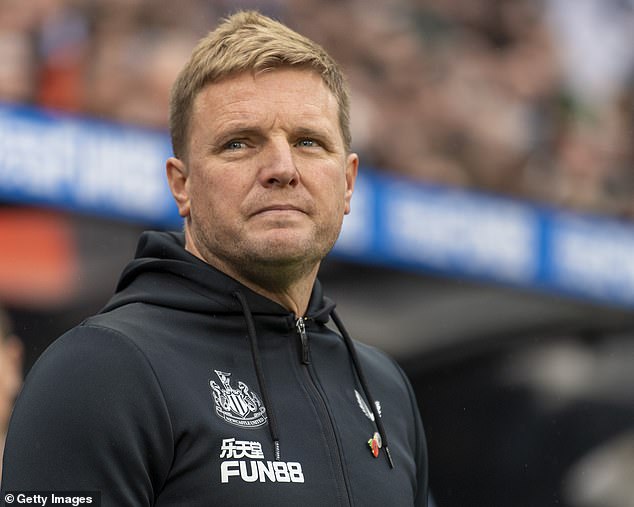 Trossard has remained committed to Brighton when asked about his future, insisting that he is focused on his club and the World Cup with Belgium instead of a move away from the Amex Stadium.

He told the BBC: ‘It’s difficult to say anything about that now and completely depends on which club would come.

‘[It will depend on if] I feel good and things are good on a private level. 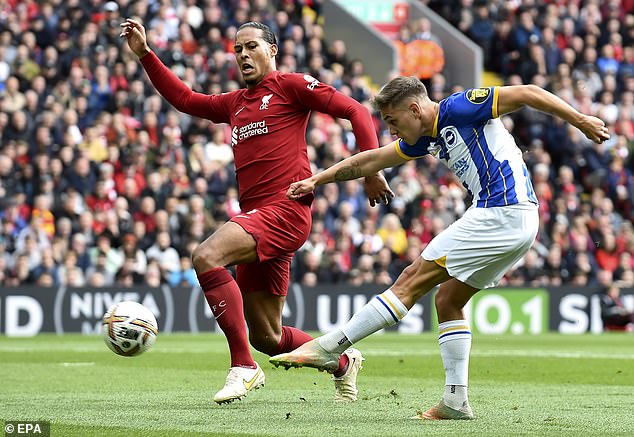 Trossard has scored seven goals in the Premier League this season, including a hat-trick against Liverpool

‘But I also know how good I am at Brighton, also with new coach Roberto De Zerbi it looks promising.’

The Belgian is under contract at Brighton until the summer of 2024 but the club have the option to extend his deal by a further year.

Brighton will also not want to lose another one of their star players after the departures of Ben White, Yves Bissouma, Marc Cucurella and Neal Maupay in the last year.

Newcastle splashed out £123m in the summer window, including a club-record £63m on Swedish striker Alexander Isak, but Howe has stressed they will not spend beyond their means.