New Zealand is opening back up to fully vaccinated citizens from January 17 next year.

From January 17, 2022, fully vaccinated Kiwis can come from Australia to New Zealand without going through MIQ and instead go through seven days of home isolation.

From February 14, 2022, New Zealand citizens can visit from most other countries, except those considered ‘very high risk’, and also go through the home isolation requirement.

And from April 30, 2022, New Zealand is set to open back up for foreign nationals and international visitors in stages.

‘This is about opening the borders in a progressive and safe way,’ he said.

Currently, overseas New Zealanders must win a place in a quarantine lottery – with limited places available – and spend 10 days in isolation before entering the community.

This has caused much angst, with many locked out of their own country, and with thousands of separated families.

‘When it comes to COVID-19, there are often no easy decisions. We’ve often been faced with the task of making the least worst decision… the border is clearly an example of that,’ he said.

About 20,000 people are affected by cancelled Air New Zealand flights until January, with the airline offering refunds (pictured: Sydney Airport in November)

The announcement provides some clarity to those wanting to return to or visit New Zealand after 1,000 flights were cancelled by Air New Zealand this week due to the ‘ongoing uncertainty’ over the border closure.

The airline cancelled almost all flights to and from Australia until December 31.

At least 20,000 travellers have booked tickets on the flights with all of them expecting the countries would reopen to each other before Christmas.

The moved followed Jacinda Ardern’s government making recent statements that they would be unlikely to lift harsh travel restrictions before the new year, throwing travel plans for families and holidaymakers alike into chaos.

‘This will be particularly tough news for families and friends who were hoping to catch up over Christmas,’ Ms Geraghty said.

‘I appreciate how difficult this news will be, but our hands are tied until border restrictions ease, and we receive further clarity from the New Zealand Government.’

Customers who are affected should be able to get a refund on their tickets or hold the fare cost in credit with the airline. 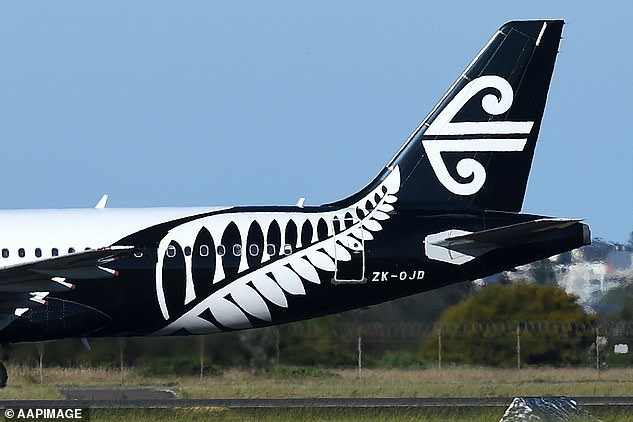 On Tuesday, New Zealand opposition leader Judith Collins said fed-up Kiwis were moving to Australia because of their own government’s handling of lockdown and border rules.

She alleges NZ is risking its international reputation by pushing out border reopenings to 2022, when it should be allowing freedom of movement for fully vaccinated, COVID-negative travellers.

‘There needs to be an opening up of the trans-Tasman bubble,’ Ms Collins said in Wellington on Tuesday.

‘We need to stop this fortress mentality that we have, and we need to reconnect with the world in a safe way.’

NZ’s management of a Delta outbreak, which arrived from NSW in August, continues to dominate Kiwi politics.

Since September, the government has ring-fenced Auckland to deal with the caseload.

Now, Jacinda Ardern’s government is prioritising dismantling that internal border rather than reopening international borders, citing the ‘cumulative risk’ of too many changes at once. 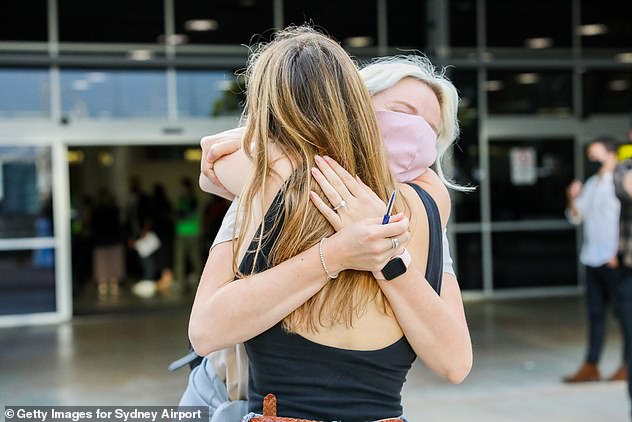 Holiday reunion plans for thousands of Australian and New Zealanders with family across the Tasman have been dashed by the refusal to lift travel bans despite high vaccination rates (pictured: Sydney Airport in November)

From December 3 tough restrictions within the country are expected to be loosened and will allow businesses to operate in its biggest city, Auckland.

A new traffic light system will rate regions as red, orange or green depending on their level of exposure to Covid and vaccination rates.

Auckland, the epicentre of the Delta outbreak, will start at red, making face masks mandatory and putting limits on gatherings at public places.

Ms Ardern said about 83% of eligible New Zealanders are fully vaccinated, while 88% have had their first shot.

The government previously said the country would drop lockdown measures and move to the traffic-light system to manage outbreaks after 90% of the eligible population was fully vaccinated.