A New Zealand father and his son have been found not guilty of a string of criminal charges that saw a teenage home invader bashed and his finger cut off.

William Burr and his son Shaun were found not guilty on all charges by a jury on Wednesday afternoon for a melee that broke out when a 17-year-old and his girlfriend broke into his property in King Country for the third time.

The court heard two teenagers had entered Burr snr’s bedroom and attacked him after attempting to find his car keys, before he eventually pulled a shotgun on the pair and called for help.

His son arrived before another scuffle broke out, with Burr jnr delivering a ‘beautiful’ punch to fall the male teen before he cut his little finger off, the court heard.

The court has heard six days of accounts from the night where the two teens broke into Burr snr’s home on Napinapi Road in Te Mapara.

It was the third time the 17-year-old boy, whose name has been suppressed due to his age at the time, had broken into his house to take his car keys, the most recent just a week earlier, the court heard.

According to court documents the teen had been out on bail to an Auckland home, when he decided to attempt to rob Burr snr again after consuming bourbon and cannabis.

His girlfriend’s cousin had driven the two to Burr snr’s home in the early hours, where the two searched the property for the car keys. Unable to find them they went into his bedroom.

The court heard the girl hit Burr snr on the head, she claims once and he claims twice, before the three broke out into a fight that lasted around eight minutes. 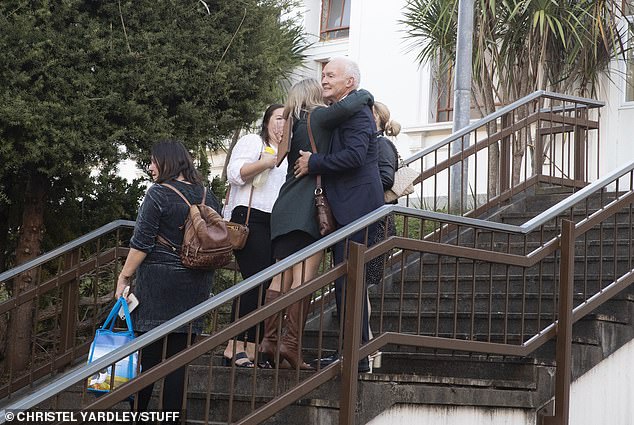 Father and son, William (Bill) Bruce Burr and Shaun Bruce Burr were found not guilty of beating and cutting off the finger of a teenage intruder who’d repeatedly stolen cars from William Burr’s Piopio home

Burr snr then gave in and told the teens the keys were on the top of the microwave, before putting on clothes and grabbing his shotgun.

The teens slumped to the floor while Burr snr called police, his son and a neighbour.

Burr jnr then arrived and was told by his father to hit the boy who they claim was trying to stand up.

The father told court the 17-year-old repeatedly attempted to strike him and his son, as he was holding a knife.

Burr snr told the court he said to the boy he would cut his hand off if he kept trying to stand up, the court heard. It’s then claimed he refused to put his two hands out so Burr snr instrcuted Burr jnr to make a small cut on his finger, which he did.

Burr snr then instructed Burr jnr to cut the finger off when he refused to comply, the court heard. 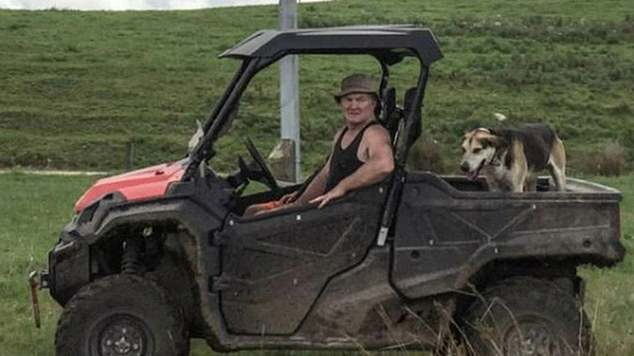 The court heard two teenagers had entered Burr snr’s bedroom and attacked him after attempting to find his car keys, before he eventually pulled a shotgun on the pair and called for help

The 17-year-old was airlifted to Waikato Hospital after police arrived, while the girl was unharmed.

The teens were charged by police – the boy convicted of aggravated burglary while the girl was dealt with by Youth Aid.

It was alleged in court Burr snr kicked the girl in the head while she lay on the floor and stomped on the boy. He was found not guilty of those assault charges.

The jury took 45 minutes to find the pair not guilty of all charges.

Burr snr and Burr jnr hugged family and friends outside the Hamilton court on Wednesday afternoon but refused to speak to waiting media.