By Pa Sport Staff and Kishan Vaghela For Mailonline

Kane Williamson hit a brilliant half-century for New Zealand as they set Australia 173 runs to win the final of the T20 World Cup.

The pair are bidding for their first ever titles in the competition and after being put in to bat, the Kiwis posted 172 for four from their 20 overs.

That was largely thanks to their skipper Williamson, who hit his 85 off just 48 balls to propel his side up to a competitive total. 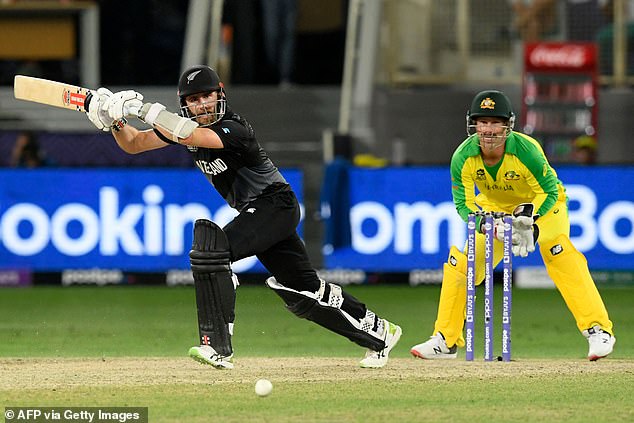 The New Zealand captain has freely admitted he has been troubled by a longstanding elbow injury throughout the tournament but he was the unlikely hero, capitalising on being dropped on 21 to hammer 10 fours and three sixes.

His side had crawled to 57 for one at the halfway stage after losing what looked an important toss but Williamson cast off the shackles thereafter, with left-arm quick Mitchell Starc coming in for some heavy punishment.

While Josh Hazlewood was exemplary with his line and lengths and finished with three for 16, it was a hard day at the office for fellow fast bowler Starc, who was wicketless and conceded 60 runs. 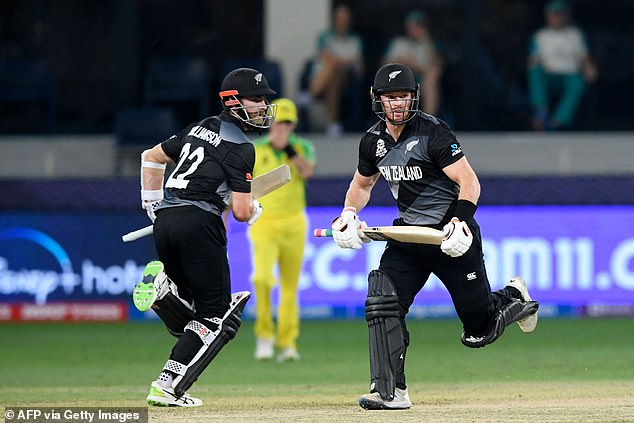 The event was therefore guaranteed a first-time winner and it seemed Australia gained a big edge after inviting New Zealand to bat, with teams who have fielded first under lights at this venue winning every time in the tournament.

There was the occasional moment of intent early on from Martin Guptill and Daryl Mitchell, New Zealand’s match-winner against England, but the latter’s downfall, caught behind from a Hazlewood leg-cutter, was the start of a period of inertia from the Black Caps.

Williamson took seven off his first 13 balls before taking back-to-back fours off Mitchell Marsh, but there was still the sense that New Zealand needed something special in the second half of their innings.

It came thanks to Williamson, who was given a major reprieve when Hazlewood spilled a catch off Starc in the deep. It was a costly drop in this match-up as Williamson took 39 off just 12 deliveries he faced from Starc. 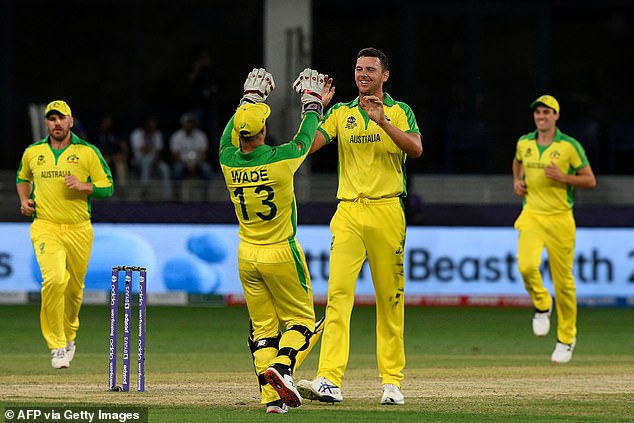 Guptill holed out for a relatively sedate 28 off 35 balls but Williamson muscled two successive sixes over midwicket off Glenn Maxwell to bring up a 32-ball fifty.

Adam Zampa was excellent in taking one for 26, but New Zealand were on the charge by this point as Williamson took four fours – two genuine and two streaky – and a huge six in Starc’s third over.

Williamson shuffled across his stumps and scooped Hazlewood for four before slamming the seamer’s slower ball straight down the throat of Steve Smith stationed at long-off.

Starc finished with the worst bowling figures at a T20 World Cup final as New Zealand posted what looked a competitive total. 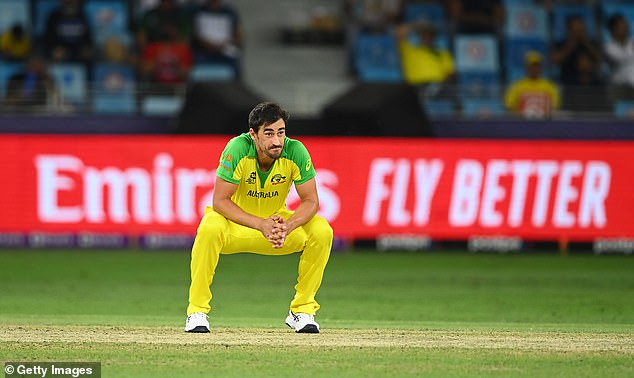