A New York content creator and entrepreneur has revealed the heart-warming and poignant advice he received from 90-year-olds ahead of his 32nd birthday.

Sahil Bloom, who has more than 830,000 followers, shared the advice in a Twitter thread after asking ‘several 90-year-olds what advice they would give to their 32-year-old selves’ in the month leading up to his birthday.

The series of tweets elicited a wholesome reaction from Twitter users who described the thread as ‘amazing’ and ‘beautiful.’

‘Today is my 32nd birthday. Over the last month, I asked several 90-year-olds what advice they would give to their 32-year-old selves. Here’s the life advice everyone needs to hear,’ Sahil wrote.

Sahil Bloom, from New York, shared the advice he received from 90-year-olds. He’s pictured with one of the participants

The list begins with ‘Now and then, break out the fancy china and drink the good wine for no reason at all’ and ‘Dance at weddings until your feet are sore.’

Then next couple of items include ‘Tell your partner you love them every night before falling asleep. Someday you’ll find the other side of the bed empty and wish you could’ and ‘Don’t fear sadness, as it tends to sit right next to love.’

Number five on the list was ‘Treat your body like a house you have to live in for another 70 years,’ followed by number six: ‘Never raise your voice, except for at a ballgame.’

At the time of writing, his first tweet has been viewed more than 19 million times and liked about 120,000 times since it was posted on Thursday.

The series of tweets elicited a wholesome reaction from Twitter users who described the thread as ‘amazing’ and ‘beautiful.’ He listed 40 pieces of advice 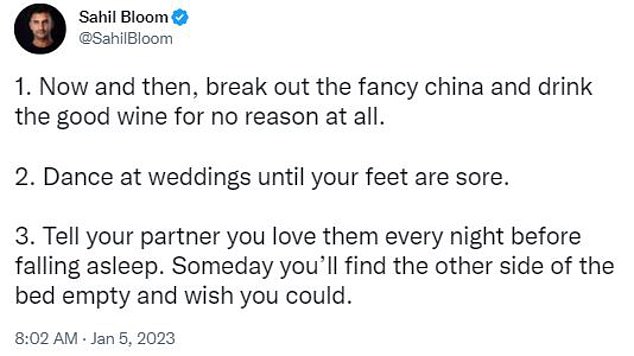 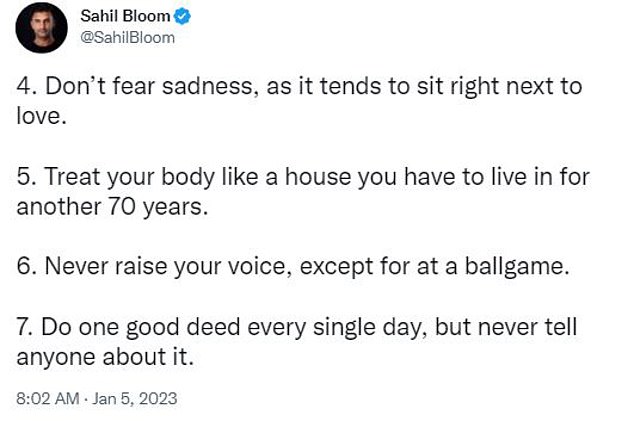 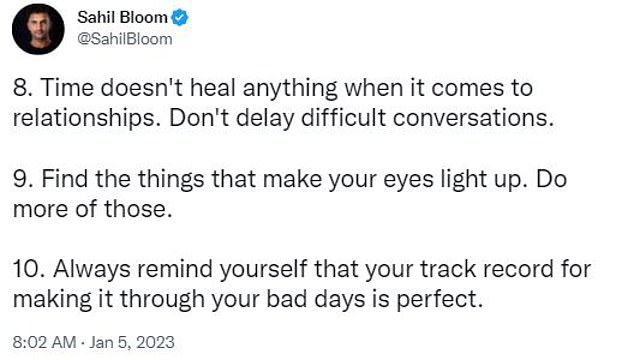 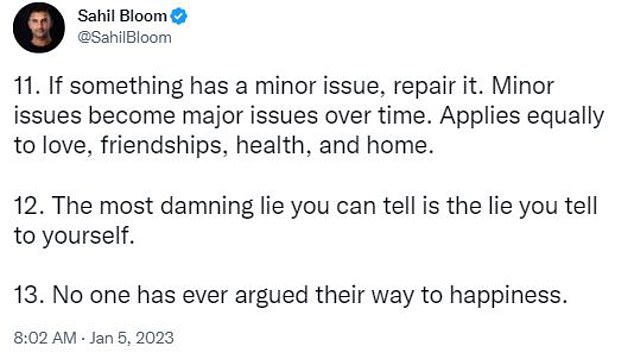 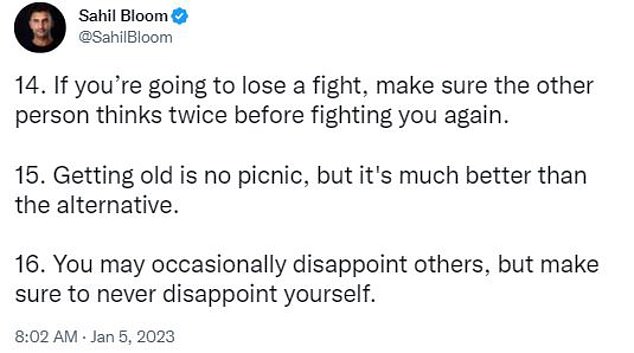 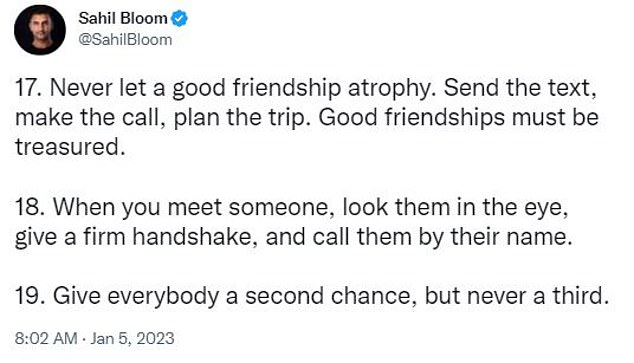 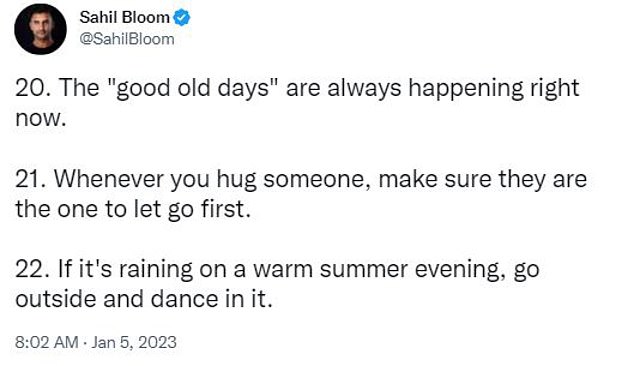 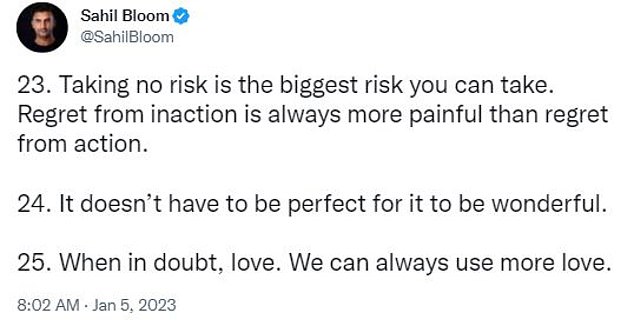 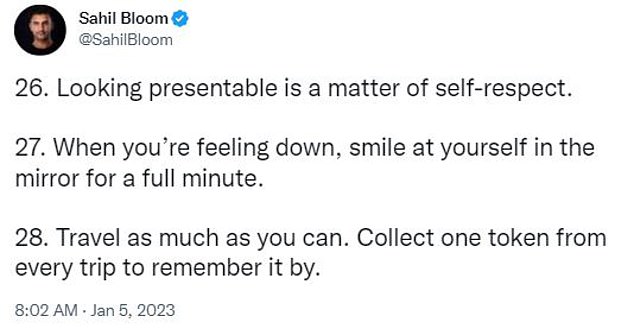 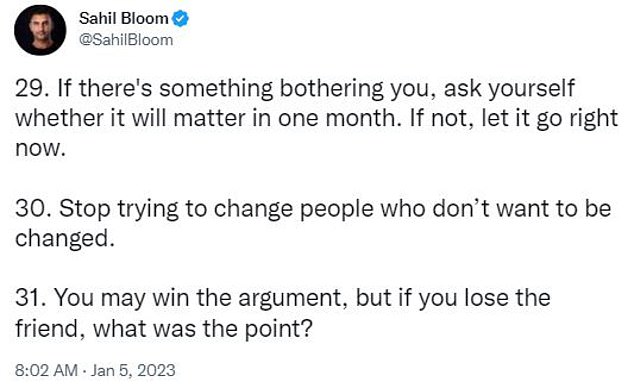 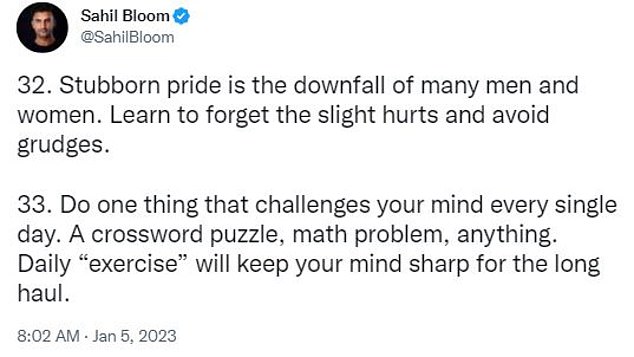 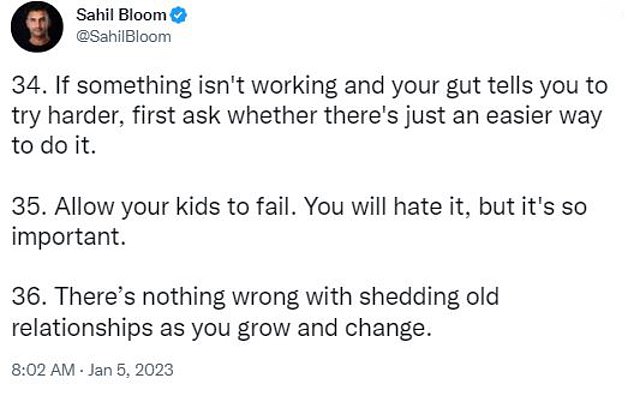 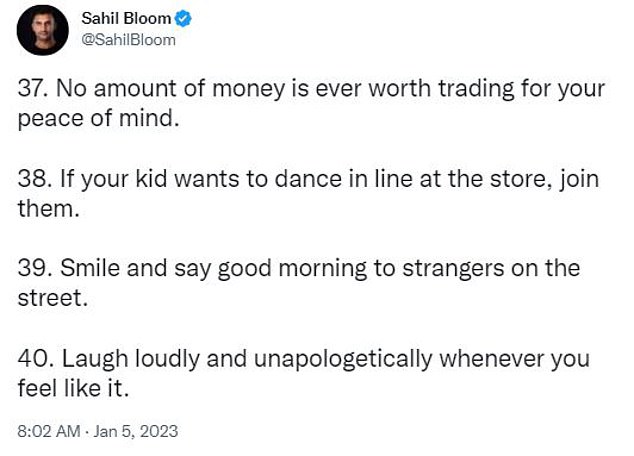 The 32-year-old also shared some details about the 90-year-olds he asked for advice and encouraged others to do the same.

‘Ask your older loved ones the question and see what they say! Wisdom from years and years of life,’ he tweeted along with a few photos of his interview subjects. 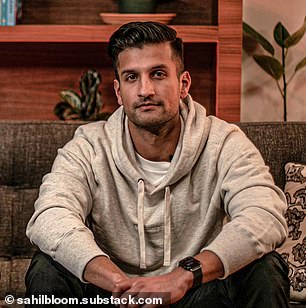 After sharing his insights, Sahil, 32, encouraged others to do the same

In another tweet, he said he had ‘received hundreds of DMs and emails about the beautiful moments with loved ones this thread sparked.’

‘Won’t be able to reply to them all, but I see you. Made my day,’ Sahil said.

One of the participants was Sahil’s 95-year-old family friend Hank.

‘For his 90th birthday, all Hank wanted was to spend a day at Harvard. My dad arranged it and Hank went, sat in the front row, and asked questions—on astronomy, psychology, and more. Legend,’ the content creator said.

Underneath the thread, people thanked Sahil for sharing the advice. 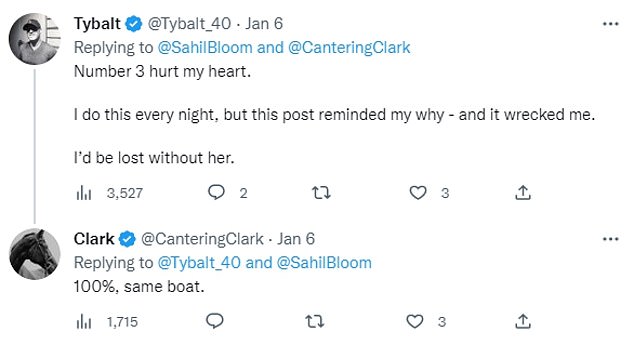 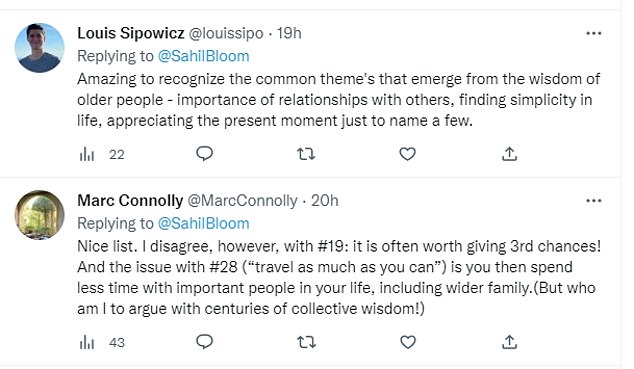 Underneath the thread, people thanked Sahil for sharing the advice 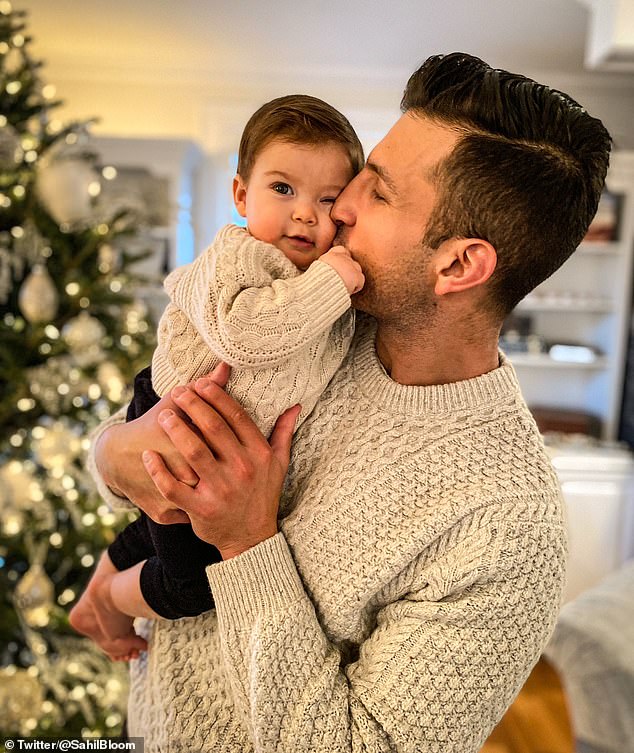 Bloom with his son, Roman, who he described as the ‘best birthday gift I could imagine’ 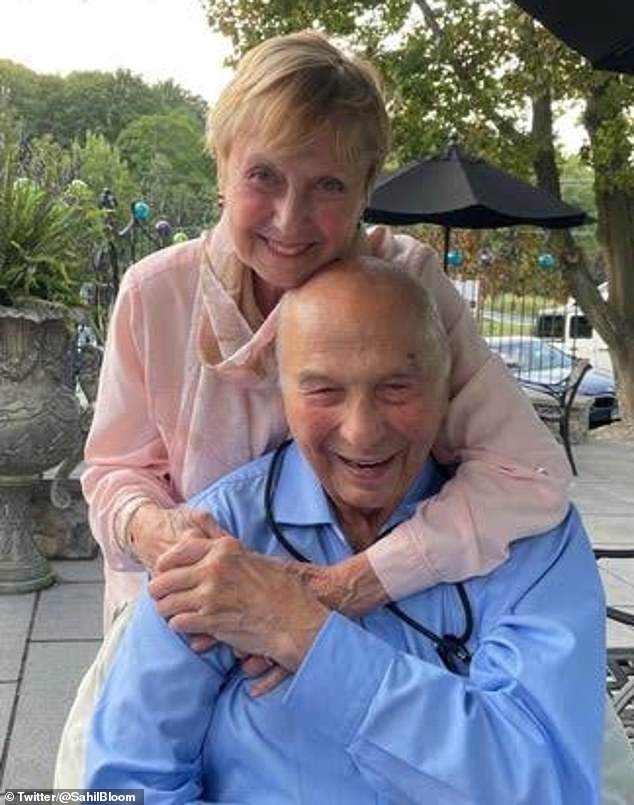 Hank, one of the 90-year-olds Sahil interviewed, with Phyllis

‘I so needed to hear this today. It gives me hope, thank you,’ one person wrote.

‘Amazing to recognize the common themes that emerge from wisdom of older people – importance of relationships with others, finding simplicity in life, appreciating the present moment just to name a few,’ another added.

‘This is absolutely priceless, thank you,’ a third person said.

‘Very moving. Made me cry. Lots of wisdom,’ a social media user said.