The Metropolitan Transportation Authority (MTA) is set to provide cellular service to all 191 above-ground lines in New York City and 21 Staten Island railway stations in a 10-year project that finally adds coverage to all 418 miles of track.

The $600 million infrastructure will be built by Transit Wireless, which has been working with the city for more nearly a decade to provide service underground – it currently provides service to the city’s 281 underground subway stations.

According to The New York Times, Transit Wireless plans to pay for the project through data collection and fiber-optic cable leases to AT&T, Verizon or T-Mobile – and riders must be a customer of the carriers to connect to the service.

The New York-based communications infrastructure company has not yet revealed which lines will be completed first has yet to be decided, but riders will have access as each section is completed.

NYC Transit President Richard Davey, said in a statement: ‘Having uninterrupted network connection underground will reimagine how New Yorkers travel by providing the opportunity to take advantage of every minute of their commute with cell service and internet connection, which can also ease any traveling obstacles visitors face when trying to navigate the system.

‘We look forward to using the enhanced connectivity to improve the service information we provide for customers.’ 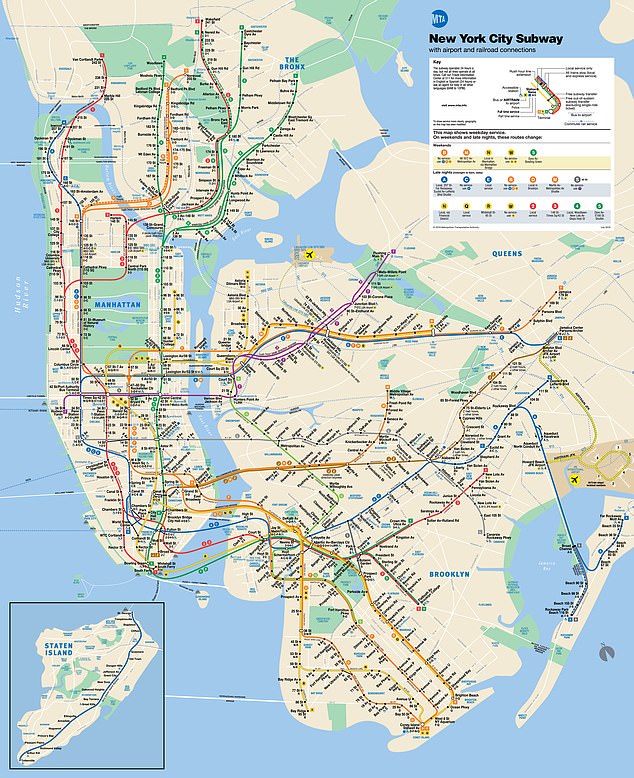 The 10-year project will also provide coverage to the 21 Staten Island railway stations. This will ensure all 418 miles of track has cellular service

Transit Wireless was founded in 2005 and began building infrastructure necessary to provide cellular service across Manhattan.

The firm’s phase one launched 2013, which added service to 30 stations in Manhattan. 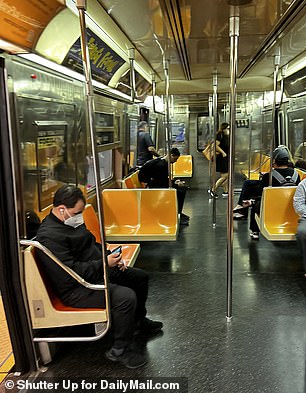 Transit Wireless is paying the $600 million to complete the project. It has not revealed which lines will be finished first, but riders will have access as each section is completed

Phase two rolled out October 2014 that covered all of Queens and several other stations in Manhattan, including Bryant Park, Herald Square, and Grand Central Terminal.

Three years later, all 279 under-ground stations had service and in 2020, the firm brought connection to the L that runs between Brooklyn and Manhattan – the first tunnel in the system to have full connectivity.

MTA President of Construction and Development Jamie Torres-Springer, said in a statement: ‘This latest advancement in technology will coordinate with other work throughout the system to fit out hundreds of miles of tunnels to enable cell service between stations and support MTA operational needs.

‘We look forward to closing the remaining cellular coverage and data connectivity gaps in our subway system.’

The addition of Wi-Fi and cell phone service in 2017 came as former Governor Andrew Cuomo announced upgrades for the then century-old transit system.

Across the US in Northern California, officials plan to provide Wi-Fi at all 50 stations by 2024 with the help of Bay Area Transit.

And in London, riders at every station will have access by the end of 2024 as well.