Dean Smith is back in management and his rapid return with Norwich is mixed news for his wife.

On the plus side, he won’t have so much time on his hands that he ends up checking the fridge for out of date food and nagging Mrs Smith about any issues.

The downside is the activities Smith’s wife Nicola had planned will now have to wait after he signed up to lead Norwich’s Premier League survival bid just eight days after leaving Aston Villa.

Smith has never enjoyed being out of football, estimating he has been on the outside looking in for just four months since he was 16. That sense has only been underlined by his quick-fire comeback.

Asked what he is like on those rare occasions he has not been employed, Smith said: ‘I’ve got a little bit of OCD in me so I’m in the fridge making sure the ham is not out of date and the wife gets told about that straight away. The garden was always looking perfect and the golf got a little bit better. But, no, I enjoy working. I think it is what I’m good at.’

So do Norwich and their sporting director Stuart Webber. 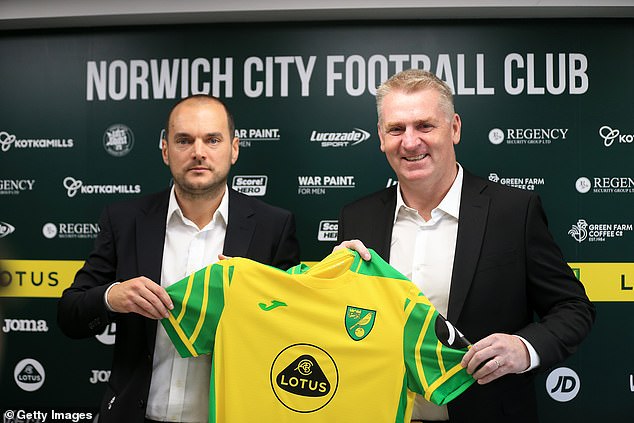 A long-term admirer – the pair had talks about the Huddersfield job in 2015 – Webber admitted his ears pricked up when news of Smith’s Villa departure broke.

The following day Smith was finalising his Villa exit and on Tuesday in talks with Norwich before taking advantage of a rare break in his career to enjoy a four-day trip to New York to see his son who is studying in the States.

‘My wife had a little bit more planned for me than what she’s got,’ smiled Smith whose daughter has also recently started university.

‘It’s the first time we’ve probably been in the house together on our own with the dogs so she probably had a few trips planned to see the kids but she was fully behind the decision as well.’ 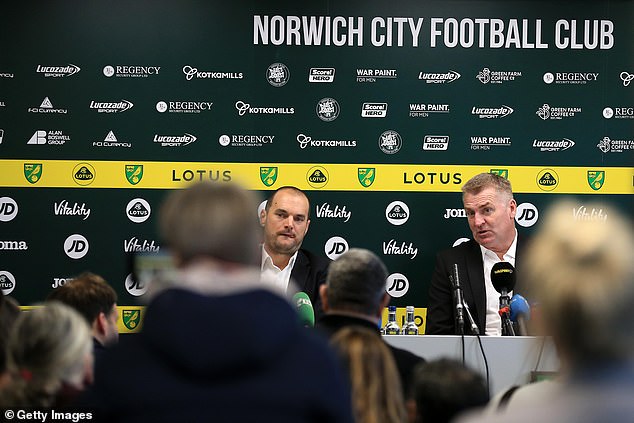 Smith impressed Norwich with his track record and his in-depth knowledge of their squad.

His readiness to return to work and accept the challenge of trying to keep Norwich – rock-bottom and five points from safety – up also helped him stand out as the man to succeed Daniel Farke.

‘If it was a risk then I wouldn’t have taken it [the job],’ insisted Smith, who has never been relegated. ‘We’ve got 27 [league] games left. There are plenty of points to play for. It’s a good squad that’s been underperforming and our job is to get performances.’