Net curtains. They’re respectable enough when they hang straight, especially when made from lace, not nylon.

But if they’re drawn to the side with a loop hitching them up at the middle, they’re common — like a blousy woman emerging from the lavatory who doesn’t realise she’s got the hem of her underskirt tucked into the top of her knickers.

That observation could only be made by Alan Bennett, the playwright with an ear tuned to detect the peculiarly English sound of the lower-middle class rubbing up against the working class. Bennett, now 85, is a sort of Coronation Street Poet Laureate, and as beloved to several generations of readers as Pooh Bear. 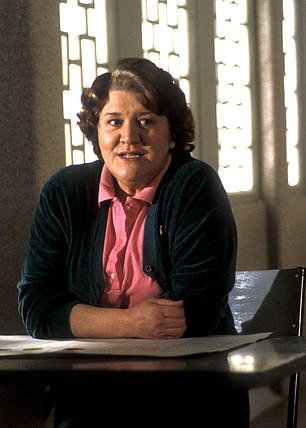 He affects to dislike, or at least not to understand, this outpouring of national affection: he could ‘stab Judi Dench with a pitchfork’, he complains, and ‘still be thought to be kindly, cosy and essentially harmless’.

He has been at the fore of the theatre for almost 60 years, since his revue breakthrough in Beyond The Fringe, alongside Peter Cook, Dudley Moore and Jonathan Miller, of whom he is the last survivor.

But despite the sheaf of plays at the National Theatre, the cinema success of The History Boys, his evergreen readings of children’s books such as The Wind In The Willows, and his delightful diaries published every year in the London Review Of Books, one television series above all established his reputation with the ordinary viewing public — the kind of people he writes about. 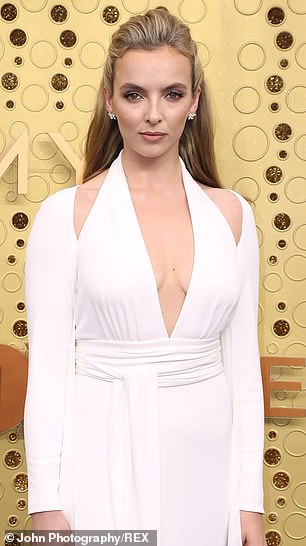 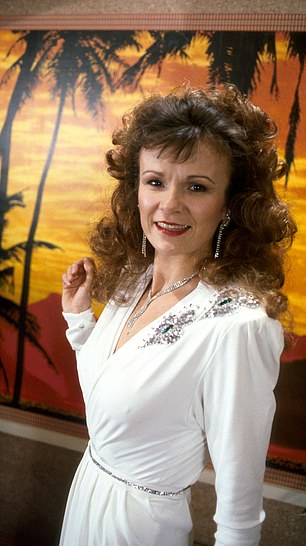 That series was called Talking Heads. A collection of six playlets, half an hour or 40 minutes long and each written for a single actor, the BBC aired it in 1988 to unprecedented critical acclaim. That was followed ten years later by six more — all starring the best of Britain’s stage talent, such as Maggie Smith and Patricia Routledge.

Now BBC1 has announced it is remaking Talking Heads, inspired by the sudden need for TV drama that can be filmed within the constraints of social distancing.

The time is ripe for Bennett’s characters, because social distancing is what they have been doing all their lives… terrified of emotional closeness, embarrassed by any public display of feeling, and suspicious of everyone. 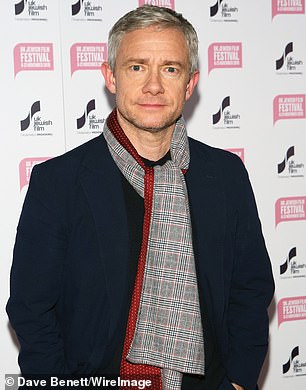 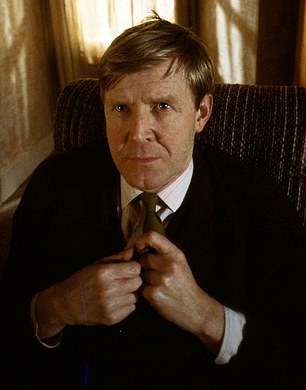 Martin Freeman (left) is Graham, reprising the role first played by Alan Bennett himself in the first Talking Heads episode

The lead director is Nicholas Hytner, who has already started work on filming at Elstree Studios.

A BBC press release promises that the production team is ‘following the latest Government guidelines on Covid-19 to ensure that the series is made safely and responsibly’.

Even Hytner himself assures: ‘The shoot will never bring any of us within touching distance of each other, but I hope that in every other way it will reach out and touch millions of viewers.’

That prospect seems a certainty. Bennett’s writing was never better than in these individual portraits, like silhouettes etched in acid onto the lino floors and Formica tabletops of ordinary British homes.

The first, A Chip In The Sugar, aired in April 1988 and starred Bennett himself as Graham, a middle-aged man who lives with his ‘white-haired mam’.

Graham is fastidious, prudish and feeling uneasy about the reappearance in his mother’s life of an old flame — Mr Turnbull, a widower. It seems Mam and Mr Turnbull might have had a dirty weekend in a boarding house in Filey, near Scarborough, between the wars.

Graham had no idea about this — ‘I didn’t know you had a past,’ he says. ‘I thought I was your past.’

He doesn’t like the way they both fall about laughing when Mr Turnbull says: ‘No sand in the bedrooms!’ In a piece of sublime casting, Graham will be played this time by Martin Freeman. 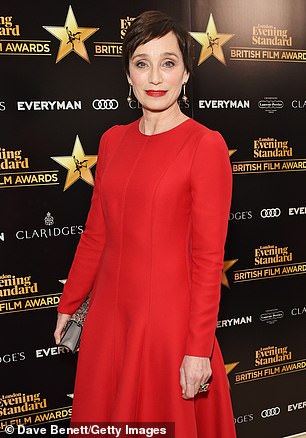 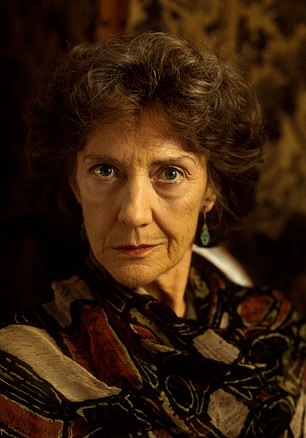 His task is to convey the single most important fact inGraham’s life, something the character doesn’t even realise himself — that he and his Mam, for all practical purposes, are like an old married couple.

No wonder he’s jealous about this Mr Turnbull, with his Rover 2000 and three-quarterlength quilted mackintosh.

That, says Bennett, is the secret to most of the people in Talking Heads: ‘These narrators are artless. They don’t quite know what they are saying and are telling a story, to the meaning of which they are not entirely privy.’

Nowhere is this more poignantly and hilariously true than in the episode Her Big Chance, first made with Julie Walters and now to star Killing Eve’s Jodie Comer. She plays Lesley, a TV extra who has struggled for years to land an acting role, and finally believes she has done it — as a gangster’s moll in a low-budget crime flick.

Lesley’s scenes mostly call for her to sunbathe naked and get groped by the policeman who shoots her boyfriend.

‘The film’s coming out in Germany, initially, then Turkey possibly.’

She is so desperate to be a star that she can’t see how demeaning the role is. She even sleeps with the director, Gunther, just to hear that she played the part well. 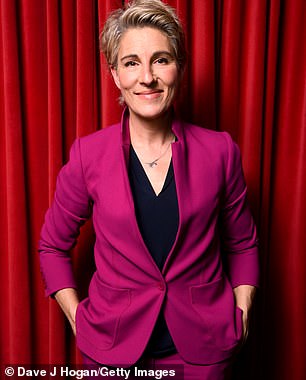 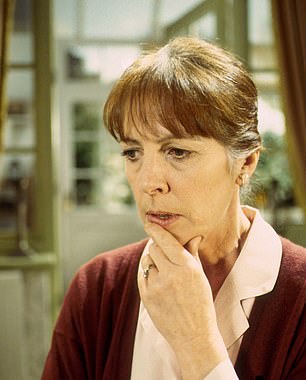 Their pillow talk was all the praise she wanted: ‘Listen,’ Gunther told her, ‘if someone is a bad actress, I can’t sleep with her. So don’t ask me if I was pleased with your performance. This is the proof.’

Lesley sighs: ‘He’s a real artist, is Gunther.’ Bennett says he has seen dozens of Lesleys at auditions over the years in the foreword to his scripts:

‘Perky, undefeated, their hopes of stardom long since gone, these actors retail the films or plays one might have glimpsed them in.’

One had played a postman for a few weeks in Emmerdale… ‘Only I haven’t done any since. They don’t seem to be getting much mail.’

It’s this sensitivity to hints of unhappiness that fill Bennett’s work with pathos. Much of it wells up from his vivid memories of childhood as the son of a butcher in Armley, Leeds.

‘Brought up in the provinces in the Forties and Fifties,’ he says, ‘one learned the valuable lesson that life is generally something that happens elsewhere.’ 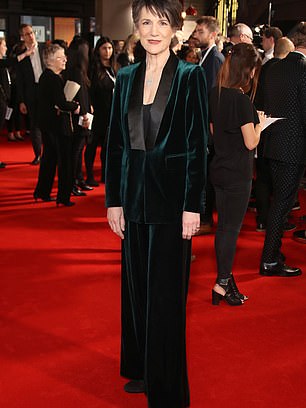 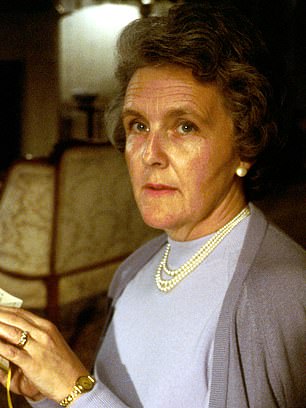 Some of his father’s prejudices and peccadilloes emerge in the scripts, such as a line he once heard Walter Bennett hurl at a dog in his butcher’s shop: ‘Get out, you nasty lamppostsmelling little article!’

But it was his mother’s keen sense of the family’s social position that made the deepest impression.

He has never lost his distaste for the things ‘Mam’ frowned upon: ‘A catalogue of disapproval that ranged through tattoos, red paint, yellow gloves, two-tone cardigans, fake leopardskin coats, dyed blonde hair, slacks, cocktail cabinets and statuettes of ladies with Alsatian dogs on leashes.’

All these things, like net curtains hitched up in loops, were ‘common’, and the essence of everything common was cheap pleasure. 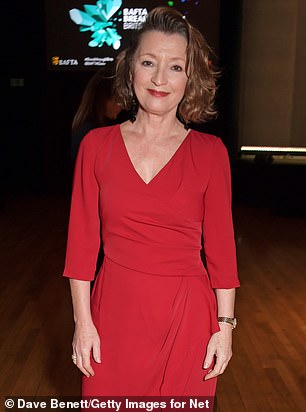 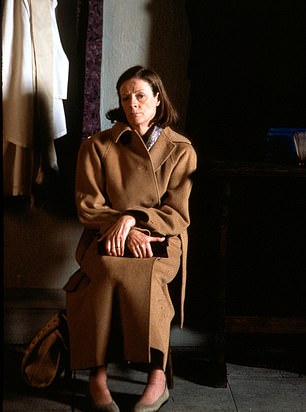 Even in Benidorm, Mam would try to find the upmarket end: ‘Well, we don’t like it all hectic, do we, Dad?’

Sentiments like these struck a lingering chord with viewers of ­Talking Heads in 1988.

Millions who might never have gone to the theatre to see a Bennett play were captivated by his deep sympathy for the things that truly matter to ordinary people — the details that define social standing. 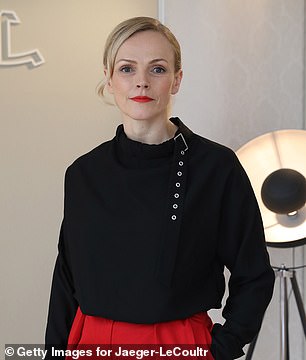 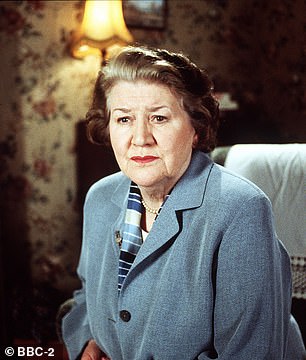 The one that caused the most stir at the time, because it depicted a slow death, was called A Cream Cracker Under The Settee.

It starred Thora Hird as Doris, a woman of uncompromising standards, who has fallen and fractured her hip while trying to do the dusting that her home help has missed.

Yet A Cream Cracker Under The Settee is one of two episodes that are not being remade, perhaps because there isn’t a drop of emotion that Dame Thora hasn’t already wrung out of that script.

But as compensation, we will get two new pieces by Bennett: The Shrine, starring Monica Dolan, and An Ordinary Woman, with Sarah Lancashire. They promise to be heartbreaking and deliciously funny at the same time… though not with the sort of jokes to make you laugh out loud. That would be common.