New footage shows the moment a Tottenham fan jumped a barrier and kicked Aaron Ramsdale, which sparked a huge melee after a fiery north London derby… with police and the FA investigating

New footage has emerged from the Tottenham Hotspur end showing the moment that Arsenal goalkeeper Aaron Ramsdale was attacked by a fan after full-time in the north London derby.

At the final whistle in Sunday’s clash, which Arsenal won 2-0, Ramsdale made his way back towards Spurs fans to collect his water bottle before a fan clambered down from the stands and appeared to kick the goalkeeper.

Ramsdale was left incensed after the Spurs fan’s violent actions as tempers flared at the Tottenham Hotspur Stadium, with the club set for an FA and police probe over the supporters action. 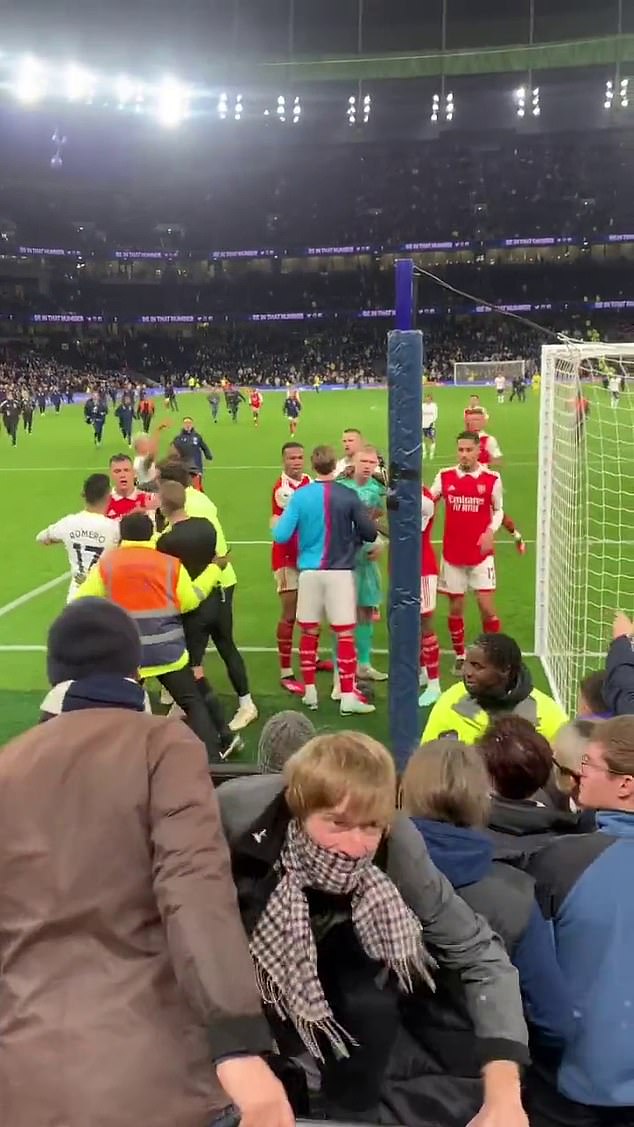 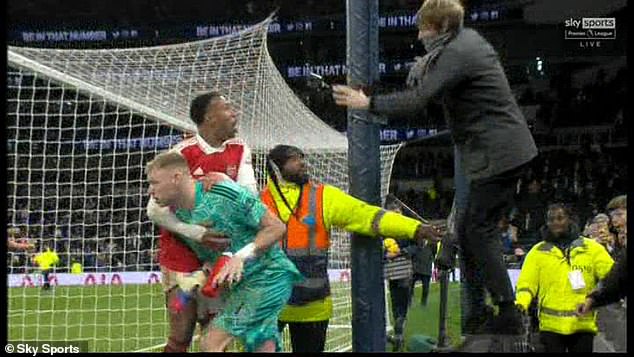 Arsenal blew Spurs away in the first half to lead 2-0 at the break, and although the home side fought back in the second period, they were unable to break through the Gunners defence. 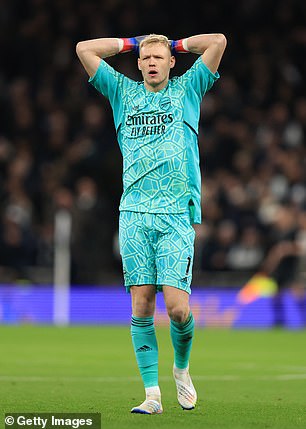 The feisty affair was largely kept in check by the referee but tensions spilled over at the end of the game.

As the clock ticked past the five added minutes, Ramsdale was seen laughing and exchanging words with an irate-looking Richarlison, which the Brazilian clearly did not appreciate.

He then approached the goalkeeper and was seen pushing his hands into the England international’s face as he made his way back to his goal to pick up his water bottle.

Ramsdale turned and gestured at the Spurs fans after full-time before one supporter climbed down several rows and made his way towards the pitch.

With a scarf tied around their face – seemingly in an attempt to obscure their identity – the fan reached Ramsdale and landed a kick on the Arsenal goalkeeper from on top of the barriers.

The goalkeeper whirled around in surprise, and was quickly dragged away by stewards, who also shoved the fan back into the crowd to prevent any further action being taken. 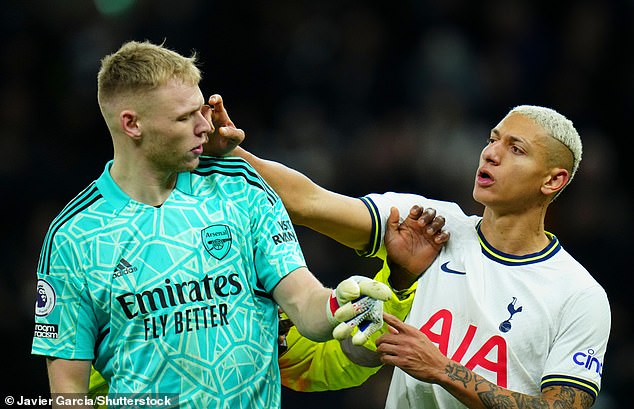 Arsenal’s Granit Xhaka then approached the barriers shouting at the supporter, before being dragged away by manager Mikel Arteta.

The fan scrambled back up the stand to their seat and pulled the scarf back over the lower half of their face before making for the exit.

The rest of the Arsenal side then made their way over to crowd the stewards and the referee before several Spurs players joined the melee, with Richarlison being forcibly removed.

The melee lasted for around 30 seconds, before the jubilant Arsenal players made for the away end to celebrate in front of their own travelling fans who had made the short trip across north London.

Spurs have vowed to ban the supporter involved for life. The club said in a statement: ‘The Club has reviewed its CCTV footage to identify the supporter and will be working with the Met Police, Arsenal and Aaron Ramsdale to take the strongest possible action, including an immediate ban from Tottenham Hotspur Stadium.’ 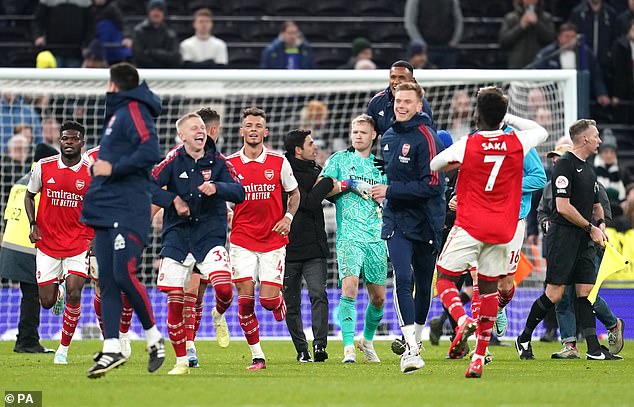