Police are today digging up the basement of a cafe where a missing teenager feared abducted and murdered by Fred West in 1968 had worked before she vanished after a TV show found ‘potential evidence’ of a body hidden in the floor.

Mary Bastholm served tea, cake and sandwiches in the Gloucester eaterie then called ‘The Pop In’ and now called ‘The Clean Plate’- and serial killer West was a regular customer.

West, who admitted killing 12 victims and may have murdered 20 more, was also said to have laid the concrete floor there just weeks before she disappeared 53 years ago. Sniffer dogs and a scanner able to penetrate stone picked up a ‘suspicious object’ under it, it is said.

Mary was last seen on January 6 1968 waiting for a bus to see her boyfriend and West has long been suspected of grabbing her and killing her. Miss Bastholm’s family have repeatedly begged Rose West to say what she knows about the crime because a silver locket belonging to the teenager was found in their home.

Today specialist officers from Gloucestershire Police are digging the cafe’s basement and using technology to scan the floor for human remains in an ‘extraordinary development’ in the cold case, with the excavation suspected to last ‘weeks’. 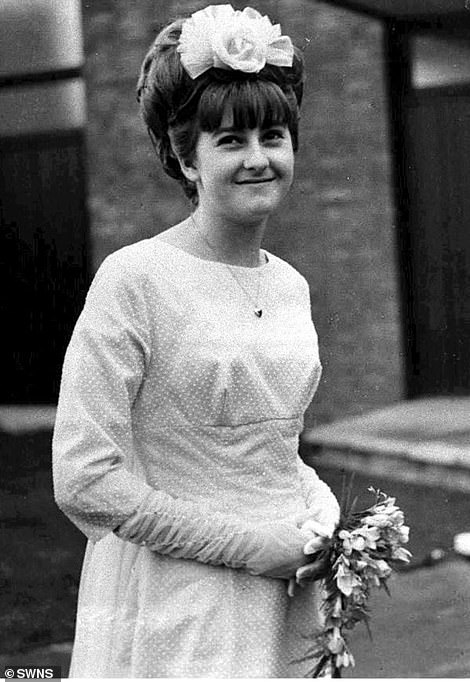 Serial killers Fred and Rosemary West are long believed to have played a part in the death of Mary Bastholm, 15, (right) who vanished aged 15. The locket she wore as a bridesmaid at her brother’s wedding (pictured right) was found in their house 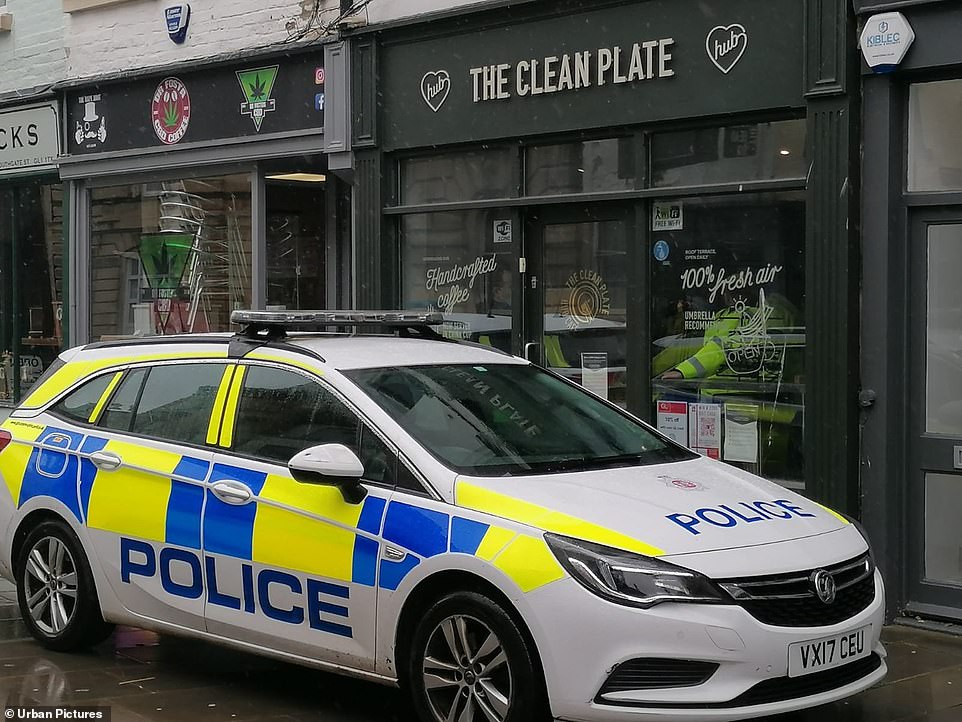 The force said they were called on Friday by a production company filming a documentary about Fred West’s crimes. The team had reported how they had found possible evidence to suggest a body could be buried within the property, with The Sun reporting a dog trained to sniff out human remains reacted to being in the basement.

The newspaper also said a scanner had also ‘shown up a suspicious image below the concrete surface’.

Detectives attended and agreed to investigate because the building has been linked to the disappearance of Miss Bastholm.

Family Liaison Officers have now been put in place to provide support and updates to Mary’s family as enquiries continue.

Assistant Chief Constable Craig Holden said: ‘This could be a significant development on a case which has gained a lot of public interest over the years.

‘On the basis of the information provided to us, we consider this to be new and potentially important evidence in the case of Mary Bastholm, however further detailed assessments will take place over the following few days to determine the extent of excavation needed.

‘First and foremost our thoughts are with Mary’s family and we would ask that their privacy is respected at this difficult time.

‘This news may understandably alarm those who work near to the premises, as well as those in the wider Gloucester community and beyond.

‘The Constabulary has always said any fresh evidence would be reviewed. This has happened and a focussed and proportionate investigation will now take place.

‘Due to the potential scale of this there will likely be some disruption to those who work nearby, and I ask for their patience and co-operation during this time.

‘We will have local officers in the area and a visible police presence at the location possibly for a number of weeks.

‘We would also encourage anyone who is affected by this news to please seek support.’

Fred West is believed to have also killed 15-year-old Mary, although her remains have never been found. A silver locket belonging to her was found at his Cromwell Street ‘house of horrors’, which stood around half a mile from the cafe before it was demolished.

Mary’s brother Peter Bastholm made a public appeal in 2014 telling Rose West to break her silence and reveal where her sister is.

Mr Bastholm said: ‘I think Rose knows exactly what happened to Mary because I assume she and Fred discussed it between themselves. Whether she will ever disclose it, I really don’t know.

‘It would be a final act to find Mary’s body and lay it to rest after all these years, after all we have gone through.’

Police have found evidence that Mary was abducted by Fred West, but need a body to be sure.

Her brother said; ‘My wife and I went down to the police station to view a lot of things that had been taken from the Wests’ house. My wife picked out a silver locket on a chain and she said that was Mary’s because she wore it as a bridesmaid at our wedding.

‘We had a photo of it and police took it away to examine, but because it was a black and white picture they said they could not tell if the locket was silver or gold, so nothing came of it. But it was exactly like the one found at Cromwell Street.’ 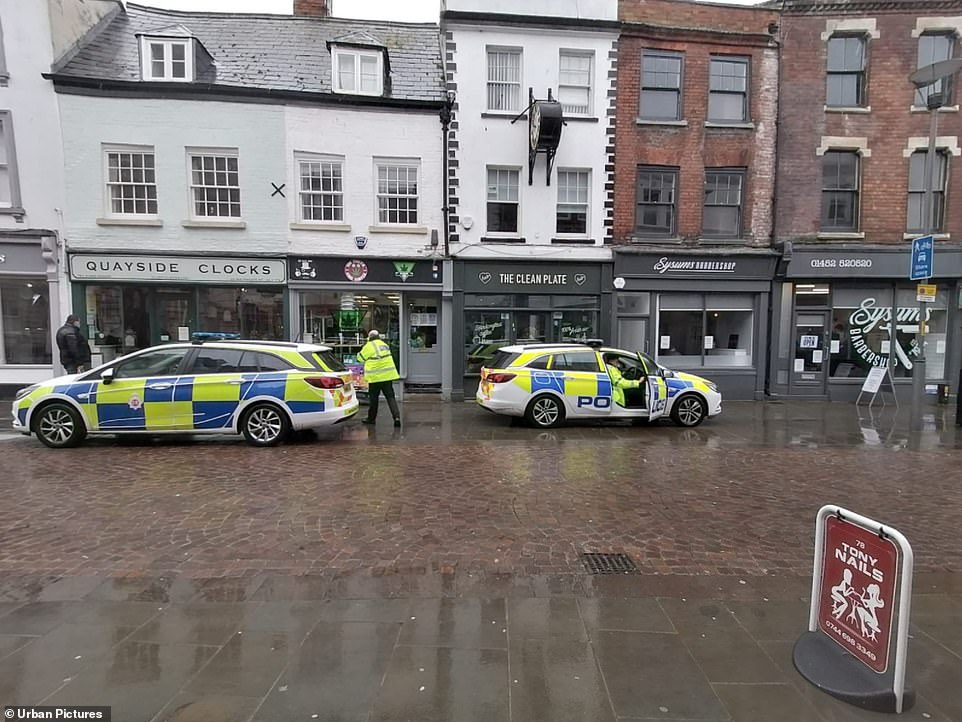 Police outside The Clean Plate cafe where officers are reportedly digging for Mary Bastholm, who vanished in 1968 and is feared to be a victim of Fred West

Rose West, who has consistently claimed her innocence, and husband Fred, abducted, tortured and raped innocent women over a 20 year period at their house in Cromwell Street, Gloucestershire, where they resided from 1972 until their arrests in 1994.

The pair even killed their eldest daughter Heather in June 1987.

Fred, who confessed to the murders, killed himself in his cell while on remand at HMP Birmingham on New Year’s Day, 1995. His evil wife is serving a whole life term, meaning she will die in jail.

THE TRAGIC VICTIMS OF THE HOUSE OF HORRORS MURDERERS

Although Fred West was convicted of killing 12 women and Rose 10, the pair are thought to have killed up to 20 more.

One victim who was almost certainly killed by West was his former girlfriend Anne McFall who like the others, was found in a shallow grave with body parts missing. West denied it.

The waped pair used whips to torture their victims as well as their own children.

Fred West committed suicide by hanging himself in a prison cell in January 1995 — before he could stand trial for the murders.

Rose West is still a prisoner at HMP Low Newton in Durham, having been handed a rare ‘whole life tariff’ for her part in the killings.

Charmaine West, eight: Fred West’s stepdaughter from his first marriage, Charmaine was murdered by Rose in 1971 while Fred was in prison.

Rena Costello, 27: Charmaine’s mother Rena, Fred’s first wife, was murdered when she arrived to pick up her daughter Charmaine in August 1971. With Charmaine already dead, it is thought Fred killed her to avoid an investigation.

Lynda Gough, 20: Miss Gough was a lodger in the West’s home and was killed in April 1973. Rose told her mother she had moved to Weston-super-Mare.

Carol Ann Cooper, 15: The teenager disappeared while walking home from the cinema to her Worcester children’s home in November 1973. Her remains were found buried in the Wests’ garden.

Lucy Partington, 21: After spending Christmas with her family in Cheltenham, Miss Partington disappeared after leaving to catch a bus. The student was the cousin of novelist Martin Amis and the sister of author Marian Partington.

Therese Siegenthaler, 22: The South London student was killed in April 1974 after disappearing while attempting to hitch-hike to Ireland.

Shirley Hubbard, 15: One of the Wests’ youngest victims, she disappeared on her way home from college in Droitwich. When her body was discovered, her head was completely covered in tape with a rubber tube placed in her mouth to allow her to breathe.

Juanita Mott, 18: Miss Mott, a former lodger at 25 Cromwell Street, was living in Newent when she vanished.

Shirley Robinson, 19: Another lodger, Miss Robinson was killed in 1978 after becoming pregnant with West’s child.

Alison Chambers, 17: The teenager disappeared in August 1979 and her remains were later found beneath the patio at 25, Cromwell Street.

Heather West, 17: Repeatedly raped by her father, Heather complained to friends about the abuse and was murdered by her parents in a bid to keep her quiet.