The prevalence of the new BA 2.12.1 Covid strain – the most infectious version of the virus being sequenced by U.S. health officials – is continuing to grow, and while deaths from the virus are still low, some officials are warning that these infectious strains are setting up America for second half of the year dominated by the virus.

The strain, which was first detected in New York last month, now makes up 42.6 percent of sequenced Covid cases in America, the Centers for Disease Control and Prevention (CDC) reported on Tuesday. It is an increase from the 33 percent of cases the strain made up the prior week.

This newly detected version of the virus is a sub-lineage of the BA.2 ‘stealth’ variant, which remains the dominant strain as it makes up 56 percent of cases. The new strain is believed to have around a 27 percent growth advantage over its predecessor, and will likely take over as the nation’s dominant strain by the end of the month.

While these strains may be the most infectious versions of Covid the country has had to deal, they are also more mild than previous versions of the virus, and have not translated into deaths at the same rate.

According to most recent data from Johns Hopkins University, the nation is recording 76,975 cases per day, a 30 percent increase over the past week. Deaths are rising as well, up 80 percent to 587 per day, though the mortality of the virus remains low. 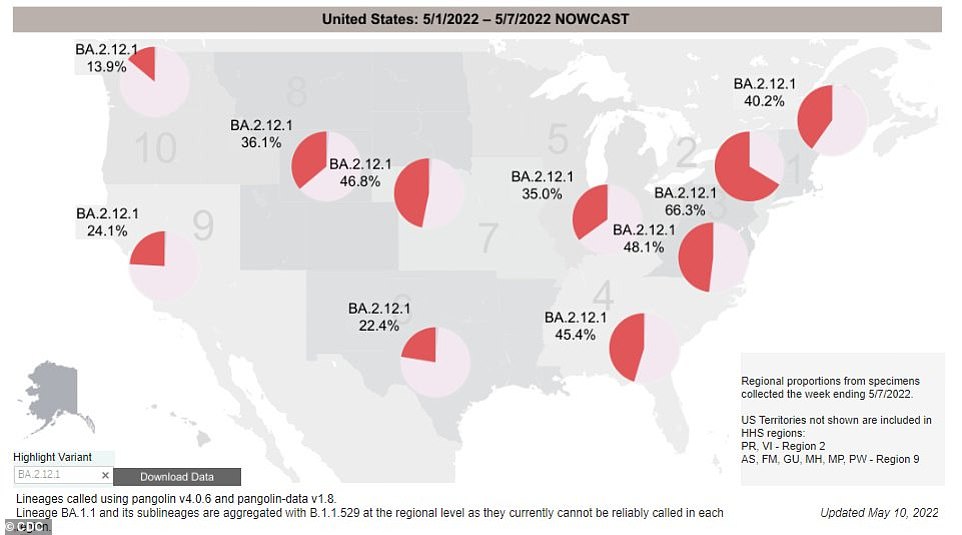 The BA 2.12.1 variant (red) is the dominant strain in the New York and New Jersey region, making up 66% of case

Every single Covid case sequenced by the CDC falls under the umbrella of the Omicron variant, with the Delta variant now having been totally snuffed out by its successor.

The BA.1 strain of the virus, which caused record case outbreaks across the world over the winter, now only makes up 0.6 percent of cases in the U.S., as its sub-variant have almost entirely overtaken it.

While the BA 2.12.1 strain has taken time to take over from the stealth variant as the dominant strain nationwide, it already makes up two out of every three cases in the New York and New Jersey region of the U.S., the CDC reports.

The new strain makes up nearly half of cases, 48 percent, in the Mid-Atlantic region of Virginia, Delaware, Maryland and Pennsylvania, according to the CDC.

It also makes up over 40 percent of cases in New England and in the deep south regions of America. 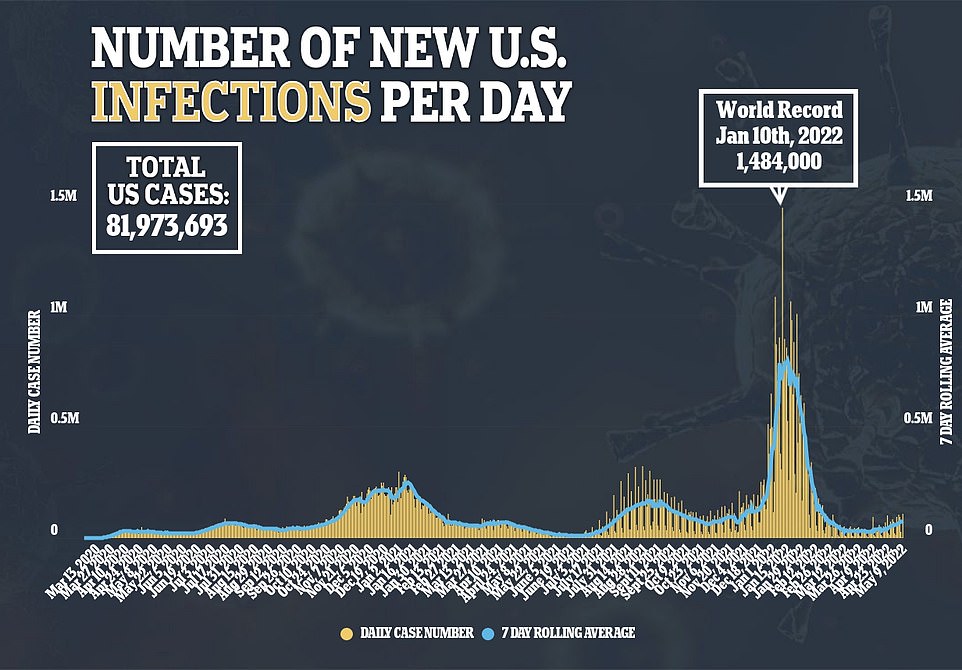 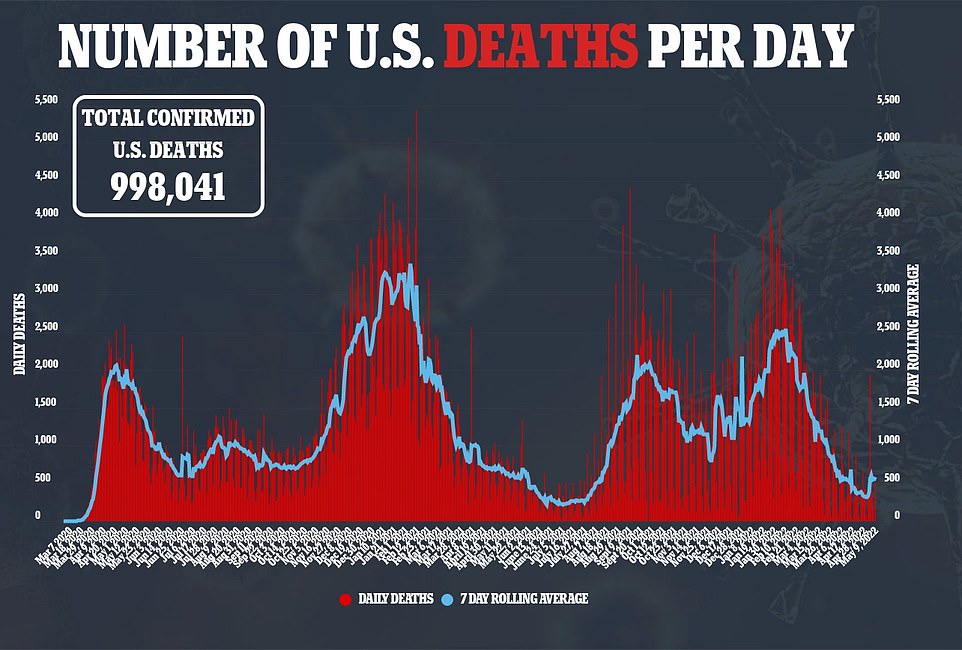 Like previous strains, this version of the virus seems to be making its way across the country east-to-west, with prevalence dropping in further westward regions of the country.

In the Midwest, the variant makes up around one in three cases, just as it does in the Great Plains states out west. BA 2.12.1 makes up less than one-in-four cases in both the Southwest and the Pacific west, and only makes up 13 percent of cases in the Pacific Northwest.

The Midwestern Plains are an outlier, with the variant making up 46 percent of cases in states like Iowa, Nebraska, Kansas and Missouri.

There are growing concerns about the BA.4 and BA.5 strains of the virus, which are now making ground in South Africa, causing another surge in the nation. The country was also the first to suffer from the original version of Omicron in late November.

Last month, the World Health Organization announced that it is officially tracking the two strains of the virus as potential concerns. 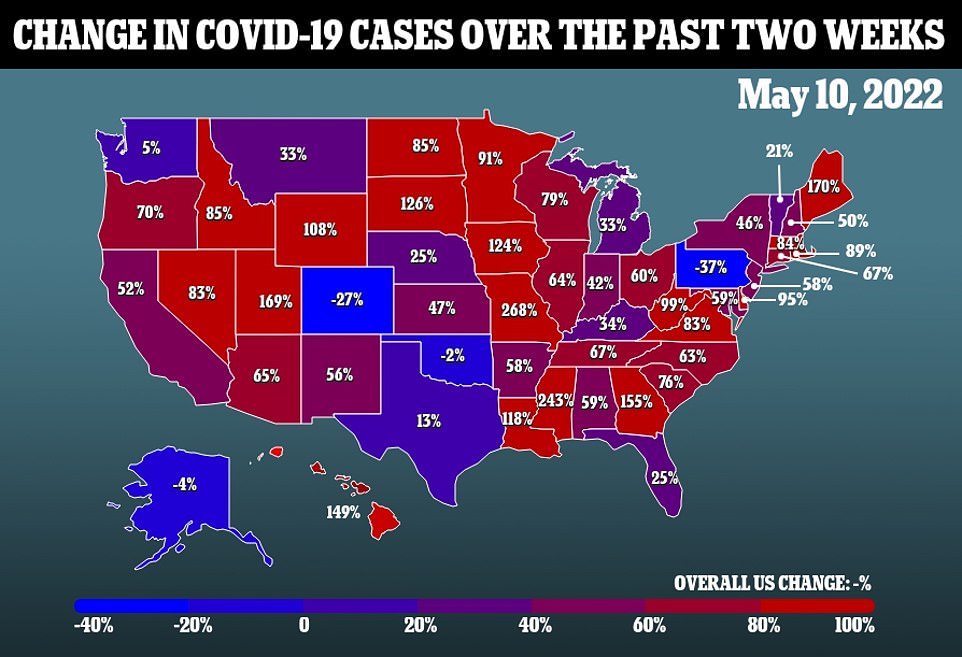 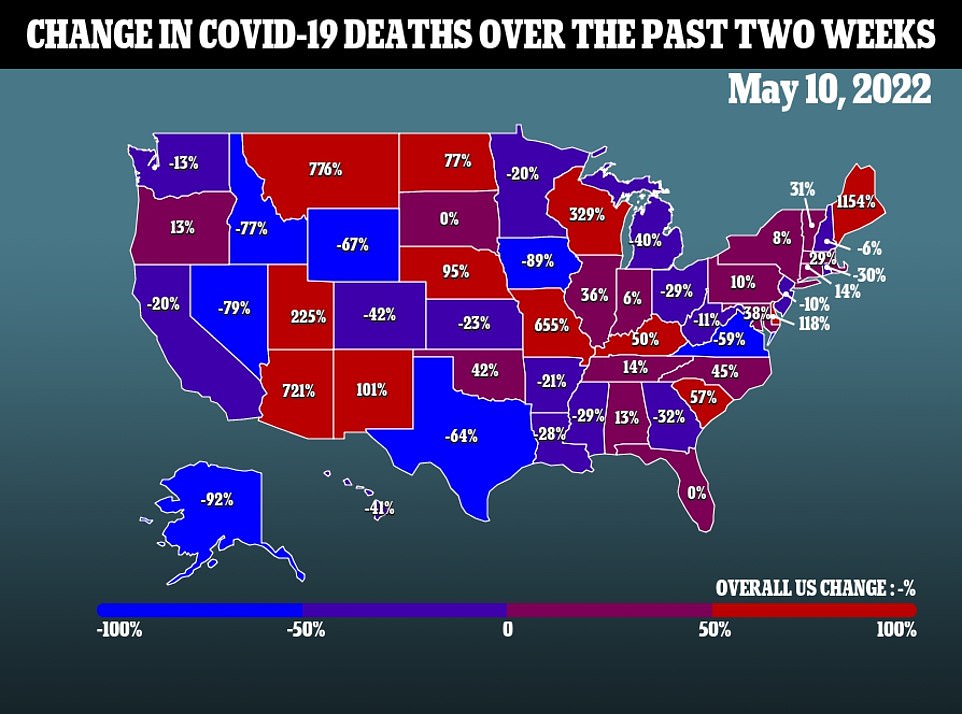 A pre-print study out of South Africa also found that the two variants may have the ability to evade immunity to the virus provided by previous infection.

That could be a grave concern for officials, as the massive spread of Omicron during the winter months – giving a vast portion of Americans immunity to the virus in the process – will no longer protect people going forward, opening the door for yet another large surge.

These new threats have the White House worried that America could be in for a dark fall and winter months in the second half of 2022.

A senior official in the Biden administration told CNN that the White House is currently projecting around 100 million infections of the virus to occur during the upcoming fall and winter months – a time of the year where new case records have been set during both years of the pandemic.

For comparison, according to Johns Hopkins University data, around 40 million Covid cases were reported in America from September 1 to February 28. While this is likely a severe undercount because of the highly infectious, yet mild, nature of the Omicron variant, it means the White House believes case figures could reach even further heights this year when compared to last.

The White House projections assume that there are no vaccine mitigation measures – like more lockdowns or mask mandates – put in place between now and then, no new variants that significantly change the complexion of the pandemic, or that the administration does not receive any new funding to keep some virus programs in place, CNN reports.

There are also fears that a lack of funding could lead to vaccine eligibility being slashed, as the government would no longer be able to purchase enough of the shots for its population. 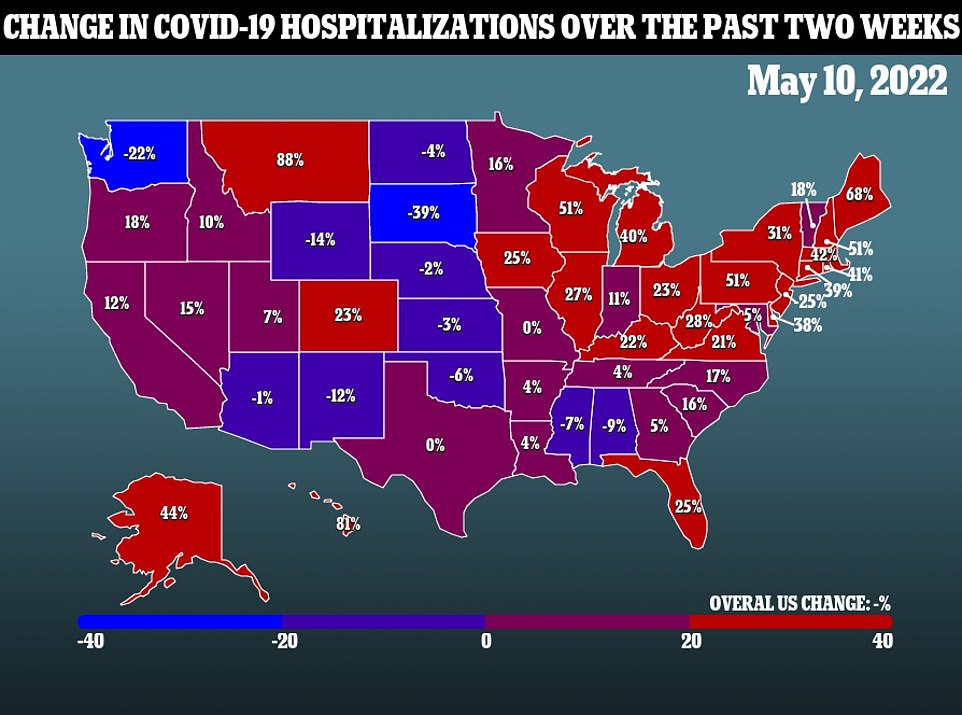 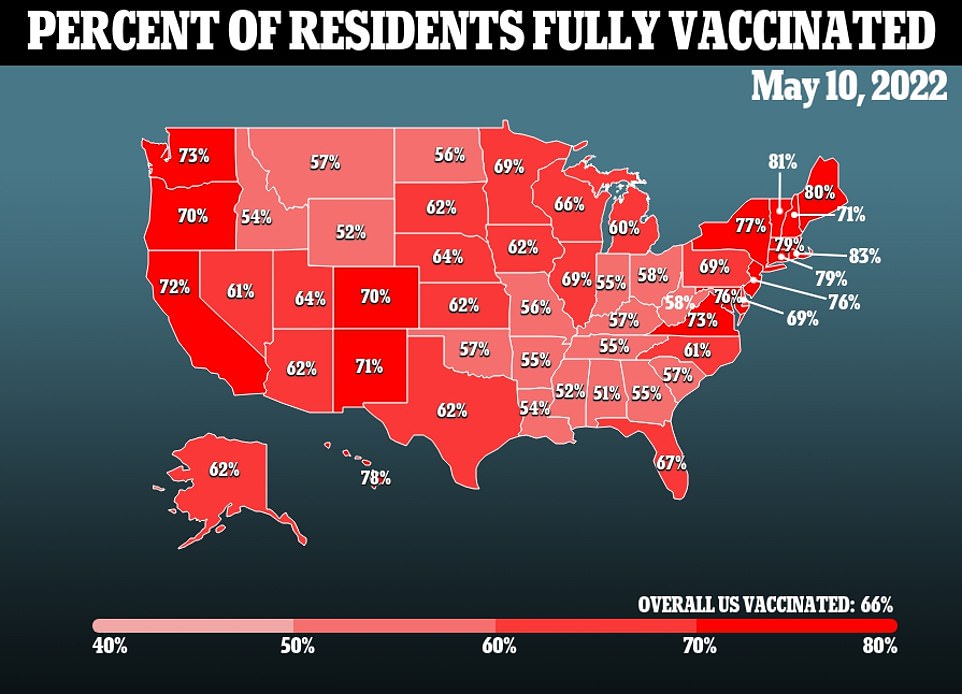