A tradie has finished his extraordinary run across Australia in just 46 days – as he credits his unusual 8,000 calories-a-day diet.

Nedd Brockmann left Perth’s Cottesloe Beach for Sydney on September 1 and crossed the finish line at Bondi Beach at 5.30pm on Monday.

Mr Brockmann, 23, crossed the line to a crowd of adoring fans on Monday evening, and raised just under $1.5million for homelessness charity We Are Mobilise.

In true Aussie spirit, the runner celebrated with a shooey – the unusual tradition of drinking a beer out of a shoe.

‘I am absolutely blown away,’ he told the crowd who welcomed him to Bondi.

‘It has taken a lot to get to here and I don’t think I can explain the depths I’ve had to go to.

‘To have all this support is absolutely mind-blowing. I am speechless. Thank you guys. Amazing.’

Nedd Brockmann left Perth ‘s Cottesloe Beach for Sydney on September 1 and crossed the finish line at Bondi Beach at 5.30pm on Monday 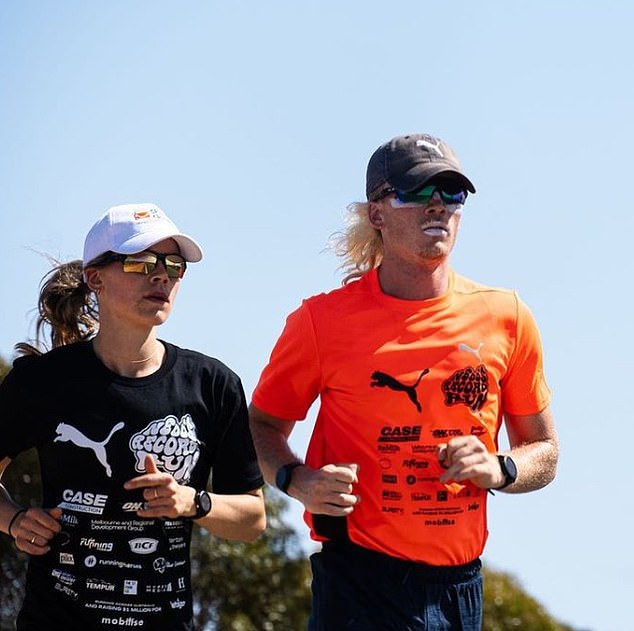 Nedd Brockmann (right) is pictured on his 4,000 kilometre run across Australia from Perth to Sydney

In order to keep his energy levels up he ate toasted sandwiches, service station pies, Weet-bix cereal, energy bars fruit and a hot meal for dinner each night.

The electrician also likes Sour Patch Kids and Krispy Kreme doughnuts to help fuel a run that has made headlines not just in Australia, but internationally too.

Mr Brockmann’s journey was far from trouble free, though.

He had several injuries on the cross-country journey, including severe tenosynovitis – inflammation of a tendon – in his shins, massive blisters and maggots in his toes.

But still the mulleted athlete soldiered on, with his mind and body firmly set on the finish line in Bondi.

Astonishingly, the man from Forbes in NSW’s central west only started running in 2020 during the Covid pandemic lockdown.

With the end line almost in site, Mr Brockmann said on Instagram on Monday morning that he was looking forward to finishing.

‘The clouds are out. The birds are chirping, the cars are on the road, and we are coming home,’ he said in a video. 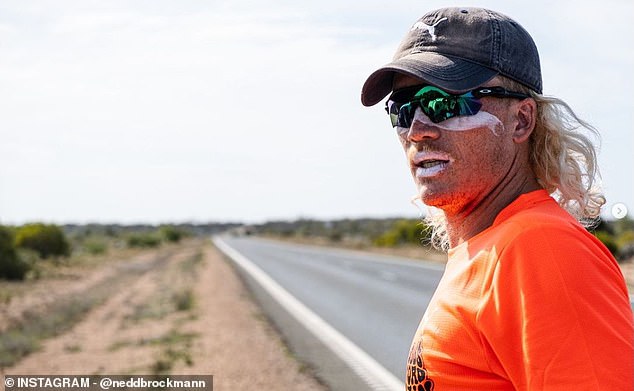 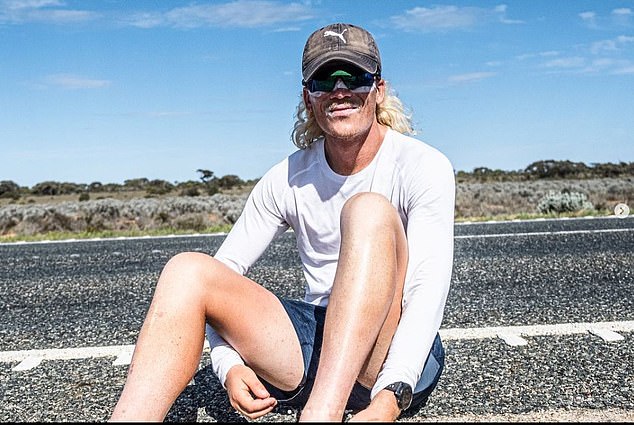 Nedd Brockmann is pictured taking a break on his extraordinary 4,000 run across Australia

Mr Brockmann’s parents, Kylie and Ian Brockmann, girlfriend Jemma Griffin, friend and photographer Bradley Farley, and a physio and sponsor have accompanied him on the massive trek.

Speaking on 2GB radio on Monday morning, his mum said nothing could stop him from finishing his run.

‘He will be in hospital before he stops,’ she said.

‘There have been some extremely gruelling and heartbreaking times, but Ned’s energy is what we feed off.

‘He’ll be pretty pumped on the energy that will be around (at he crosses the finish line).’

A large crowd was at North Bondi Surf Life Saving Club on Monday afternoon to cheer him to the finish line.

Along the way, Mr Brockmann got a huge number of messages of support, including from his favourite NRL team, the Parramatta Eels, and UFC star Israel Adesanya.

‘My team have informed me that you’re planning to run from Perth to Bondi Beach,’ Adesanya said in his video clip.

‘Now, I don’t know how far that is because even flying from Sydney to Perth is a long time so for you to run from Perth to Bondi Beach it’s f****** crazy.

‘That’s insane and I respect what you’re doing it for, which is to raise awareness for homelessness and that’s an epidemic that people don’t even talk about.’ 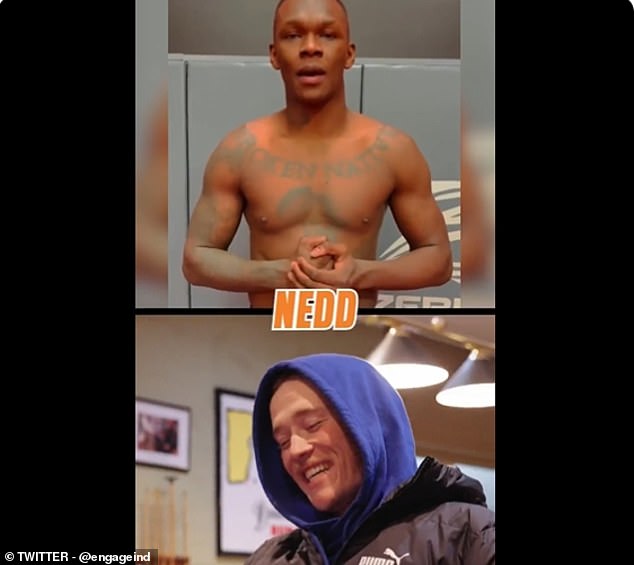 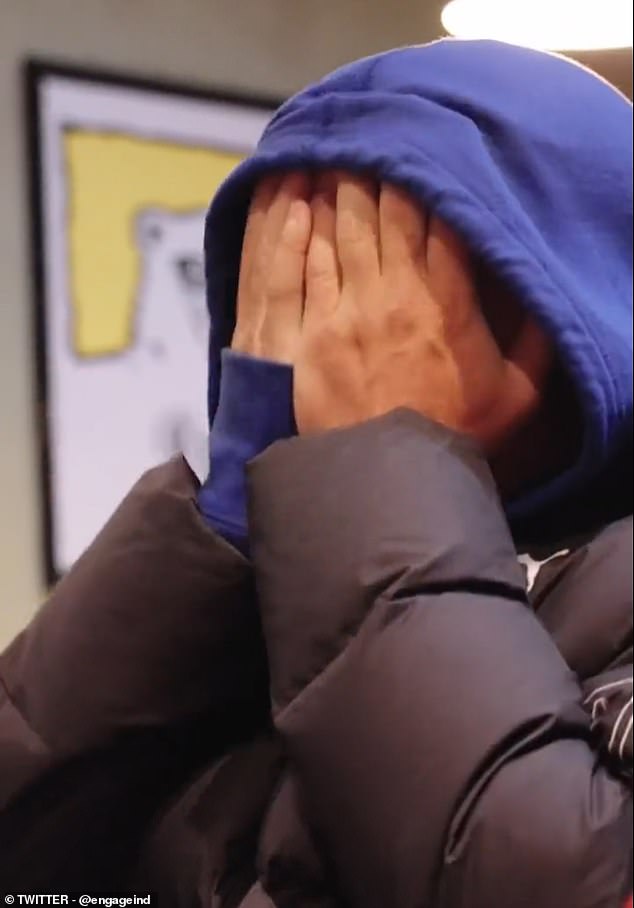 Engage, the UFC star’s fight gear brand, released a clip of a visibly emotional Brockmann watching the message on his phone.

In the clip, the ultra-runner struggles to fight back the tears as Adesanya speaks of being taken aback by the number of homeless people in Australia and praises him for putting his body through ‘gruelling pain’ for a great cause.

‘My last time in Adelaide I remember seeing a lot of native people of the land just homeless and it was crazy to me. It was insane,’ he said.

‘You doing this, putting your body through gruelling, excruciating pain and pressure commands my respect. And I respect you for that, I appreciate you. Keep going brother, let’s go.’