By Kate Mcgreavy For Dailymail.Com and Associated Press

Ja Morant had 34 points and nine assists as the Memphis Grizzlies beat the New York Knicks 115-112 in overtime on Wednesday night in the season opener for both teams, while No. 1 draft pick Paolo Banchero recorded his first poster for Orlando Magic.

Santi Aldama had 18 points and 11 rebounds for Memphis, and Desmond Bane finished with 16 points.

Julius Randle led the Knicks with 24 points and 11 rebounds, while reserve Cam Reddish added 22 points, making 9 of 15 shots from the field. Isaiah Hartenstein finished with 16 points and eight rebounds. 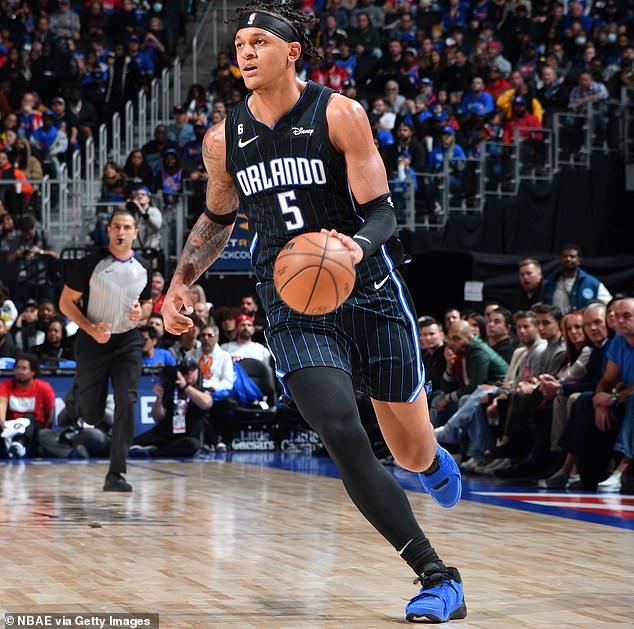 No. 1 draft pick Paolo Banchero impressed on his NBA debut but Orlando Magic were defeated

The Grizzlies took a 115-112 lead on Tyus Jones’ 3-pointer with 47.7 seconds left. Evan Fournier had a chance to send the game into a second overtime, but his shot from the left corner was off the mark.

Reddish’s 3-pointer with three seconds left in regulation sent the game into overtime tied at 108. Morant´s layup with less than a second left in regulation was disallowed when an offensive foul was called on the Grizzlies guard.

Jalen Brunson had 15 points and nine assists in his regular-season debut for New York. Brunson was signed in free agency to help run the offense after the Knicks finished 11th in the Eastern Conference last season.

Memphis, meanwhile, is trying to replicate last season when it finished with the league’s second-best record. The Grizzlies were eliminated in the second round of the playoffs by Golden State, the eventual NBA champions.

The Knicks trailed by as many as 19 in the third quarter but rallied to take the lead on Brunson’s reverse layup with 3:32 left in regulation.

Meanwhile, Orlando’s Banchero, the No. 1 overall pick last summer, had 27 points, nine rebounds and five assists in his debut but that could not propel his team to victory. The Detroit Pistons beat the Orlando Magic 113-109. 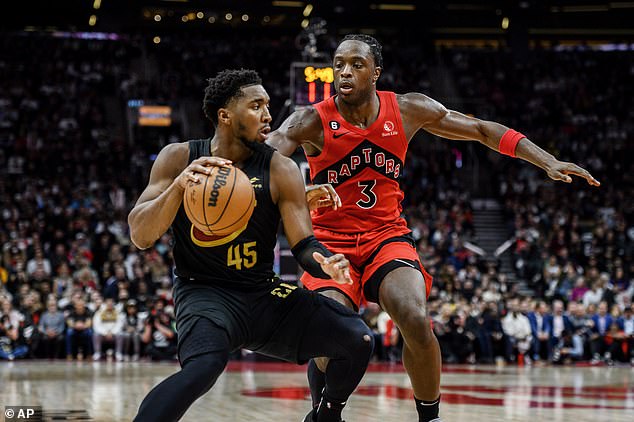 Pascal Siakam had 23 points and 11 rebounds before fouling out, O.G. Anunoby scored 10 of his 18 points in the fourth quarter and the Toronto Raptors beat the Cleveland Cavaliers 108-105 Wednesday night.

Gary Trent Jr. scored 19 points, and Scottie Barnes and Fred Van Vleet each had 15 as Toronto outscored Cleveland 32-21 in the final period.

Donovan Mitchell scored 31 points in his Cleveland debut, Jarrett Allen had 13 points and 10 rebounds, and Evan Mobley added 14 points for the Cavaliers, who held an eight-point lead through three quarters but failed to close it out. 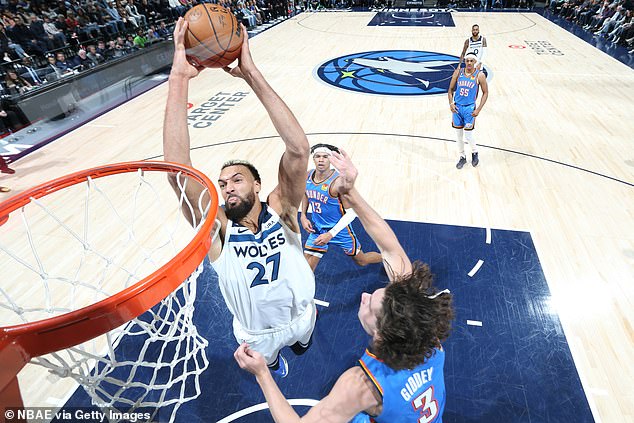 Elsewhere in the NBA tonight, Washington Wizards opened the season with a 114-107 win over Indiana Pacers, Atlanta Hawks defeated Houston Rockets and DeRozan scored 28 of his 37 points in the second half, Ayo Dosunmu added 17 and the short-handed Chicago Bulls beat the Miami Heat 116-108.

While Rudy Gobert had 23 points and 15 rebounds in his Minnesota debut as the Timberwolves recovered to beat the Oklahoma City Thunder 115-108, Charlotte Hornets routed the San Antonio Spurs 129-102 and Colin Sexton scored 20 points, Lauri Markkanen added 17 as the new-look Utah Jazz beat the Denver Nuggets 123-102.