Dirk Nowitski tried his hand at AFL during his visit to Australia, with the NBA legend spotted kicking a footy with his old teammate, Chris Anstey.

Nowitski, 44, hit Collingwood’s training base on Thursday morning to meet Craig McRae’s team, with the AFL club posting a group photo with the former power forward looming at the back.

‘Dirk and the fellas (he’s the 213cm one out the back)’ the Magpies tweeted. 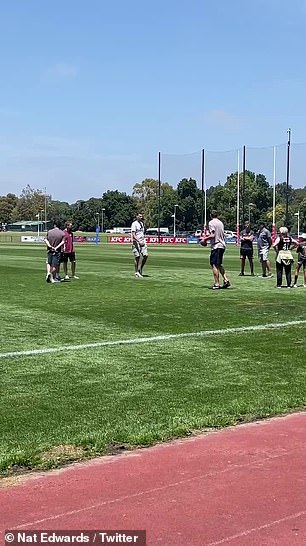 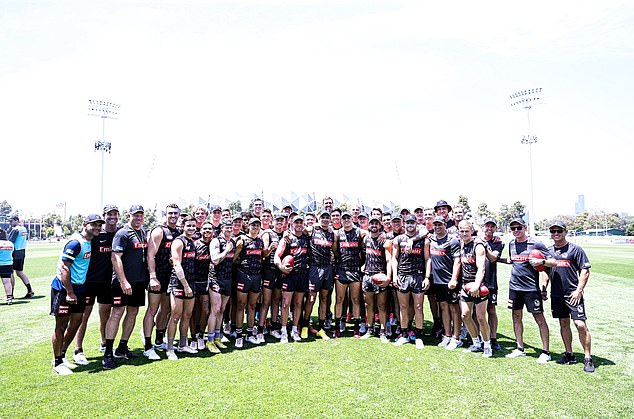 And footage has shown the Dallas Mavericks legend getting accustomed to the footy, with Australia’s very own Anstey giving the German a crash course in the sport.

Nowitski can be seen attempting a handball before dropping the footy onto his right foot. Impressively, it found its target in Anstey.

Footage of Nowitski having a go at footy was uploaded to Twitter by Nat Edwards, and Anstey responded to a cynical fan about the purpose of international stars visiting AFL clubs on their travels. 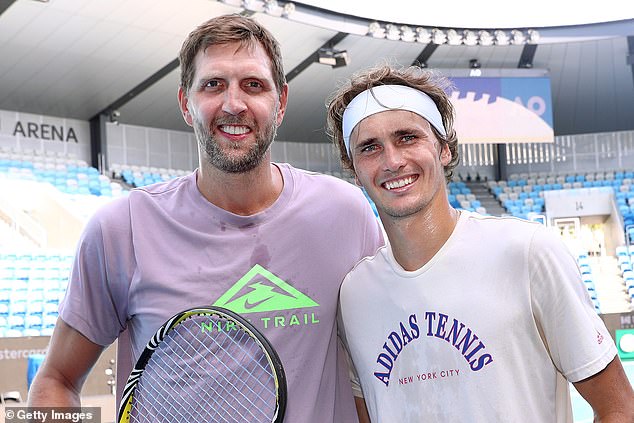 Nowitski then had a hit with fellow German, Alexander Zverev, ahead of the Australian Open

Anstey responded: ‘They have never seen AFL in person and are fascinated’.

Shortly after leaving Collingwood, Nowitski travelled to Melbourne Park where he met fellow countryman Alexander Zverev for a hit ahead of the Australian Open.