As the stadium emptied, The Greek Freak took to the court once more to practice free throws.

The only issue was a ladder stood in his way. The two-time MVP is often used to moving things out of his path, but this time asked several staff to move the ladder.

Antetokounmpo went over and helped one employee shift the ladder away from the basket. Though moments later it was strangely moved right back under the rim.

It is unclear if the staffer is employed by the 76ers or the Wells Fargo Center.

Furious at this, Antetokounmpo stormed back, having words with the unidentified man before shoving the ladder with force.

The ladder fell to the floor. Then, the Bucks star was finally able to attempt free throws. 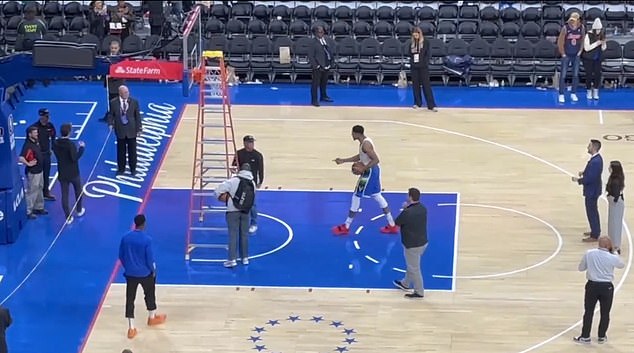 A separate video posted to Twitter, showed Sixers star Montrezl Harrell getting heated in response to the Greek’s actions.

There’s no wonder why Antetokounmpo wanted to practice free throws after shooting just 4-for-15 from the charity stripe on the night. 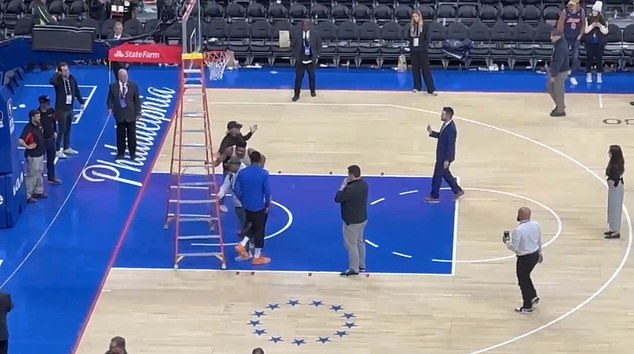 Discontent with the ladder’s positioning, Giannis decided to take the ladder into his hands 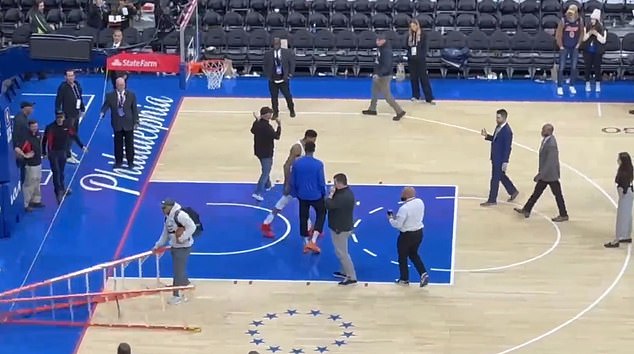 So frustrated with the situation, the two-time MVP shoved the ladder causing it to fall to floor

The loss dropped the Bucks to 11-4 on the season, though they still maintain a two-game lead over the Hawks and Cavaliers for second place in the Eastern Conference.

Next up for Milwaukee is a home game against Damian Lillard and the Portland Trailblazers on Monday night. 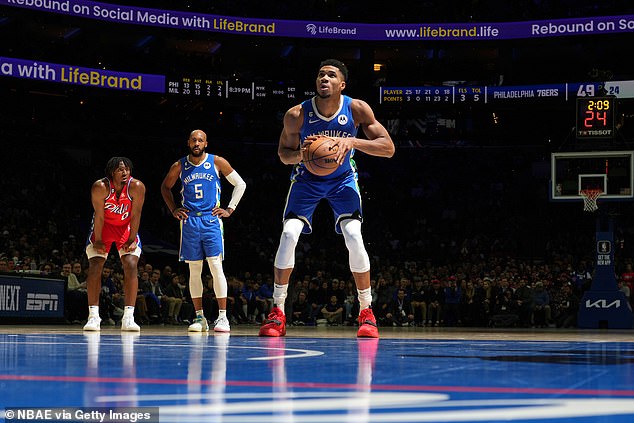 Ever the perfectionist, Antetokounmpo returned to the floor postgame after some misses