The Natural History museum is conducting a review into potentially ‘offensive’ collections including its Charles Darwin exhibitions.

In the wake of the Black Lives Matter movement, museum bosses have ordered an audit into certain collections that some staff believe are ‘legacies of colonies, slavery and empire’.

Rooms, statues and collected items in the museum that could be ‘problematic’ may be renamed, relabelled, or removed.

The review into the museum’s links to slavery and colonialism could result in a potential overhaul of the museum’s collections and public spaces.

Natural History museum is conducting a review into potentially ‘offensive’ collections in the wake of Black Lives Matter protests including its Charles Darwin exhibitions. A statue of Darwin sits in the main hall of the London museum (pictured)

In documents seen by The Sunday Telegraph, museum staff were told that as a result of the Black Lives Matter protests, the museum would undertake a review of room names, statues and collections that ‘could potentially cause offence’.

The executive board of the Natural History museum is said to be ‘very engaged’ with the issue and circulated an academic paper to staff which claimed ‘science, racism, and colonial power were inherently entwined’.

The paper proposes publicly acknowledging the past to create ‘less racist’ museums.

Collections under review include specimens of exotic birds gathered by naturalist Charles Darwin on his expedition to the Galapagos Island with Captain Robert FitzRoy on HMS Beagle in 1835. 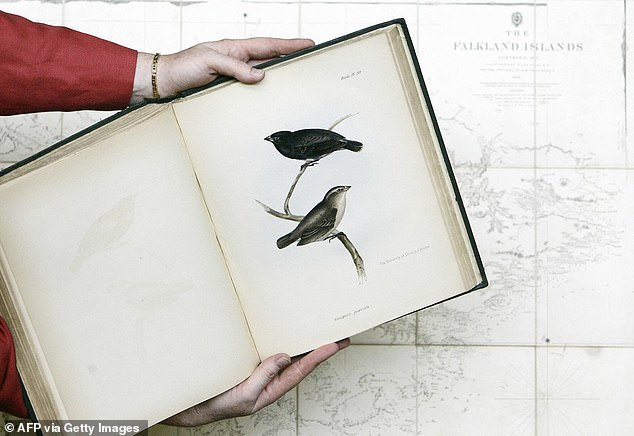 Specimens of exotic birds gathered by naturalist Charles Darwin on his expedition to the Galapagos Island are under review. Pictured above are pages from a book entitled ‘The Zoology of the Voyage of HMS Beagle’ by Charles Darwin

According to the academic paper shared with museum staff, the HMS Beagle was cited as one of Britain’s many ‘colonialist scientific expeditions’.

It wrote that one of the purposes of the voyage was ‘to enable greater British control of those areas’.

The paper also argues that ‘museums were put in place to legitimise a racist ideology’.

Other collections that could come under scrutiny by the anti-racist review are specimens gathered by botanist Sir Joseph Banks who sailed with Captain James Cook, as well as items gathered by Swedish scientist Carl Linnaeus who thought Africans were ‘crafty’, ‘indolent’ and ‘negligent’. 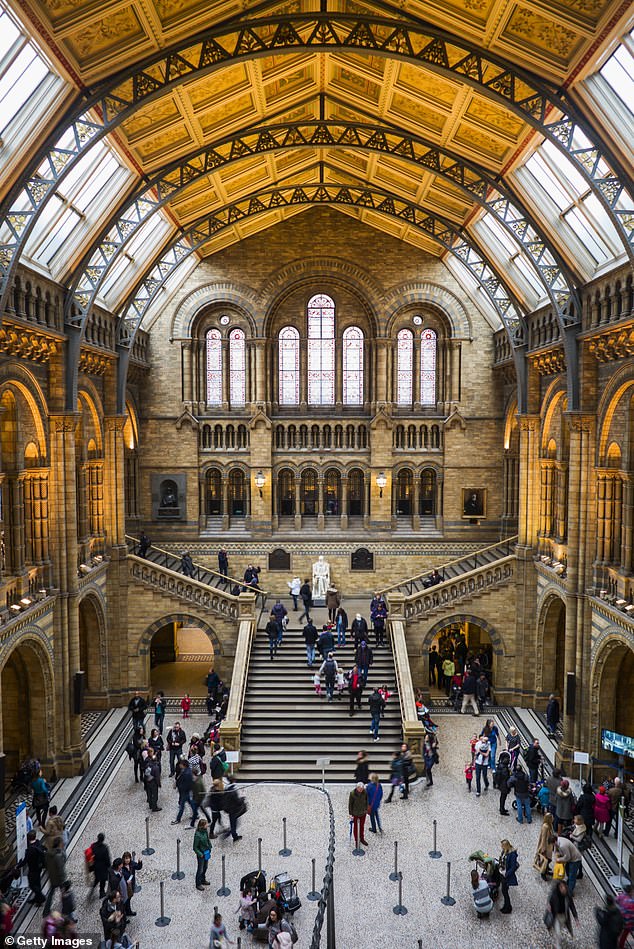 The flora collection of Sir Hans Sloane, one of the British Museum’s founders, may also come under review.

He was labelled him a ‘slave owner’ by the British Museum in August and his bust was removed from a pedestal.

The ceiling of the main Hintze Hall of the Natural History Museum – where ‘Hope’, a skeleton of a blue whale is hanging (pictured) – could also be ‘problematic’ due to paintings of colonial exports such as cotton, tea and tobacco.

A statue of Charles Darwin that sits in the museum’s main hall could also come under questioning as well as a statue of scientist Thomas Henry Huxley because of his theories of five ‘races’ of human. 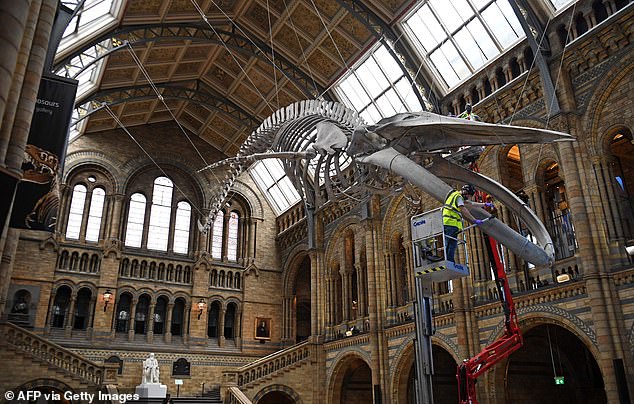 The ceiling of the main Hintze Hall of the Natural History Museum (pictured) could be ‘problematic’ due to paintings of colonial exports such as cotton, tea and tobacco

According to The Sunday Telegraph, Michael Dixon, the director of the Natural History Museum, explained to staff: ‘The Black Lives Matter movement has demonstrated that we need to do more and act faster, so as a first step we have commenced an institution-wide review on naming and recognition.

‘We want to learn and educate ourselves, recognising that greater understanding and awareness on diversity and inclusion are essential.’