The News Movement, a ‘social-first media’ business, will offer original news content for National World websites as well as its own platforms as part of the arrangement.

Entrepreneur: The News Movement, a ‘social-first media’ business, was founded by a group of media executives, including the BBC’s ex-Economics Editor Kamal Ahmed

Most of its stable are well-known local and regional publications like The Yorkshire Post, the Edinburgh Evening News and Sheffield Star, but it also includes the National World’s website.

Much of its output follows the style of explanatory journalism, whereby news stories are presented in a more analytical and nuanced manner than in traditional journalism.

The firm was founded by a group of media executives, including Kamal Ahmed, the BBC’s ex-Economics Editor, and William Lewis, the former chief executive of Dow Jones, which publishes the Wall Street Journal.

It had already raised around $15million from investors, family and friends before today’s announcement, and employs 36 people in offices in London and New York.

David Montgomery, the chief executive of National World, said, ‘the partnership with The News Movement will provide us with the expertise and experience to reach new and younger audiences on platforms and in formats that they want to consume content.’ 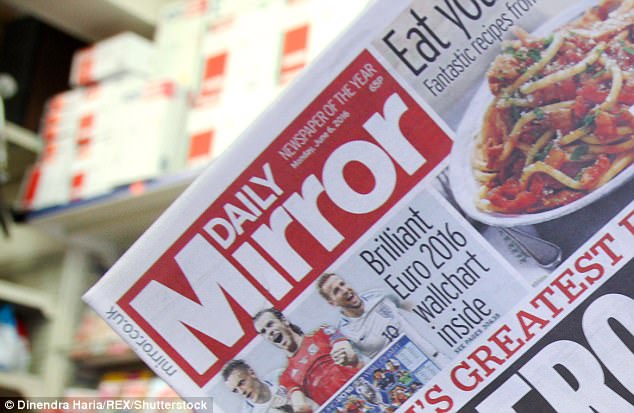 Possible deal: National World is currently in discussions to acquire Reach plc, the publisher of the Mirror and Express titles and the UK’s biggest local news proprietor

Montgomery’s latest investment comes just days after he admitted his company was in talks to acquire Reach plc, the publisher of the Mirror and Express titles and the UK’s biggest local news proprietor.

The serial entrepreneur is a long-time player in the media sector, having taken over the Mirror Group from Robert Maxwell following the tycoon’s death before being deposed in a boardroom coup in 1999.

He later founded newspaper publisher Mecom Group, which accumulated massive debts to buy up many European publications like Berliner Zeitung, and was listed for a time on the FTSE 250 Index.

However, the global financial crisis and declining popularity of print media damaged the company’s finances, and it was eventually sold for approximately £200million to Belgian publisher De Persgroep.

Montgomery then set up Local World in order to purchase Northcliffe Media, the one-time regional arm of Daily Mail & General Trust, the parent company of MailOnline.

That was sold for £220million in 2015 to Trinity Mirror, Reach’s predecessor, which Montgomery is now considering taking over.

Reach plc shares have tumbled by two-thirds in the past 12 months, as the business has struggled with poor advertising sales, growing newsprint costs, and a poorer UK economic performance.