National Trust members have slammed its board for ‘defaming’ Winston Churchill’s memory with its ‘woke agenda’ report that detailed properties’ slavery and colonial links.

Angry members criticised the charity’s directors for pursuing ‘a witch hunt’ in a new report linking more than 90 National Trust properties to slavery.

One woman said she was cancelling her membership, saying the Trust was now too ‘political’.

The 115-page report reveals that scores of properties under the charity’s management have links to slavery and colonialism.

It comes after this summer’s wave of Black Lives Matter protests, which saw some protesters deface statues of historical British leaders including that of Winston Churchill in Parliament Square.

The Trust’s decision to publish the document was the focus of 1,000 questions submitted by members at the weekend’s virtual annual general meeting.

One member slammed Trust leaders for ‘defaming’ Winston Churchill’s memory, while another vowed to cancel her membership because the Trust had become too ‘political.’

The Trust’s secretary, Paul Boniface, answered questions from members during the first 20 minutes of the virtual meeting.

One member, John, from Wareham in Dorset, said: ‘Why has the National Trust been instigating a witch hunt into the lives of past property owners? Your members wish to enjoy the properties gifted in good faith without having to endure the unfortunate woke agenda of the modern Trust management.’

The National Trust said it does not want to censor history, but added that it has a duty to inform its visitors about the origins its properties (above, Churchill’s former home, Chartwell)

Carole from Boston asked the board: ‘Why doesn’t the Trust concentrate on their upkeep and stop being political? History is history – you will lose members and waste money. We intend stopping our membership.’

Sue from Bedford asked: ‘Why is the National Trust pandering to the woke brigade? Will you reconsider your ill-advised foray into research that links colonialism to slavery? With the best of intentions, the result is to blacken the names of many of our heroes and horrify loyal National Trust members.’

Hilary McGready, the Trust’s director general, defended the research into slavery and Trust properties saying: ‘The majority if our visitors just want to enjoy our properties – and of course they do – but there will be people who want to know more and we need to be able to respond to that as well. 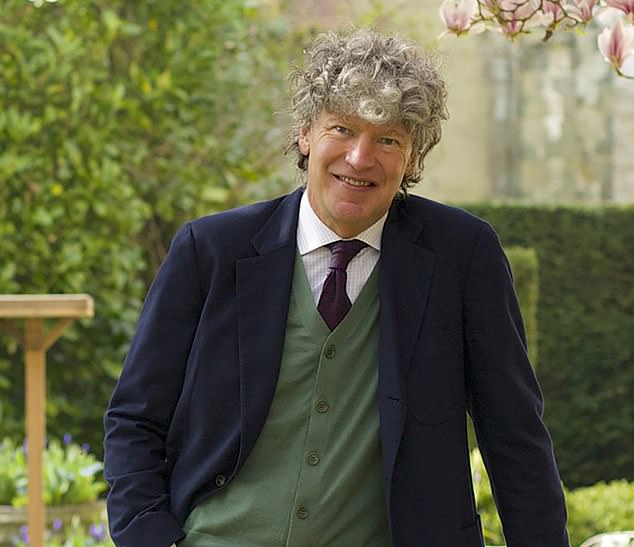 Tim Parker, the Trust’s chairman (pictured above), who was criticised for describing Black Lives Matter as a ‘human rights movement’ in a letter last month, said: ‘We are not members of BLM. Our mention of Black Lives Matter is merely a reflection or our belief that we should not have a society that is racist

‘This is a really valid thing for the Trust to do. It is in no way about shaming anybody. The money, we strongly believe, has been spent well.’

On the reference to Churchill in the report, she added: ‘There was a connection – he was Secretary of State for the colonies. I trust the public to be able to hold all of that information and come to their own conclusion. We are not going to trying to hammer this into people.’

Tim Parker, the Trust’s chairman, who was criticised for describing Black Lives Matter as a ‘human rights movement’ in a letter last month, said: ‘We are not members of BLM. Our mention of Black Lives Matter is merely a reflection or our belief that we should not have a society that is racist. It is no more, or no less.

‘I hope, as time goes by, you will see that in no way the Trust has become a political organisation that has been taken over by a bunch of woke folk or anything of that nature.’