NASA has been urged to launch the first mission to giant Uranus, in a report by the National Academy of Sciences, outlining space priorities for the next decade.

Known as the Committee on the Planetary Science and Astrobiology Decadal Survey, it designates a Uranus Orbiter and Probe as the highest-priority flagship mission.

Uranus is the seventh planet from the sun, orbiting the star every 83 Earth years, is an ‘ice giant’ with 17 known moons and a minimum temperature of -371F. The only spacecraft to visit was NASA’s Voyager 2 in 1986.

The astronomers and planetary scientists behind the decadal report also called for NASA to visit Saturn’s frozen moon Enceladus and look for signs of life.

Every ten years, the National Academies of Sciences, Engineering, and Medicine gathers a group of space experts and asks them to reach a consensus on how NASA should apply its budget in the field of planetary science and defense.

The latest report covers the years 2023 to 2032 and also includes plans already underway, such as bringing rocks back from Mars and ‘doing science at the moon’.

The proposals are influential when it comes to gaining federal funding for future space missions, and directing NASA’s plans for large-scale projects.

NASA committed to two proposals from the last planetary science survey in 2012 – the Europa Clipper launching in 2024 and the Perseverance rover now on Mars.

NASA has been urged to launch the first mission to giant Uranus, in a report by the National Academy of Sciences, outlining space priorities for the next decade

The report calls Uranus ‘one of the most intriguing bodies in the solar system’, and says studying it will improve our understanding of ice giants generally.

The group says the spacecraft should operate in the system over a number of years, orbiting the ice giant and sending a probe into its atmosphere.

To come up with the shortlist of recommendations, the steering committee waded through the advice of six panels, hundreds of white papers, speakers and outreach from advisory groups and professional societies.

They’ve  also worked with mission-design teams to create profiles for missions that would provide the best return on investment for the scientific community.

‘This report sets out an ambitious but practicable vision for advancing the frontiers of planetary science, astrobiology, and planetary defense in the next decade,’ said Robin Canup, from the Southwest Research Institute.

‘This recommended portfolio of missions, high-priority research activities, and technology development will produce transformative advances in human knowledge and understanding about the origin and evolution of the solar system, and of life and the habitability of other bodies beyond Earth.’ 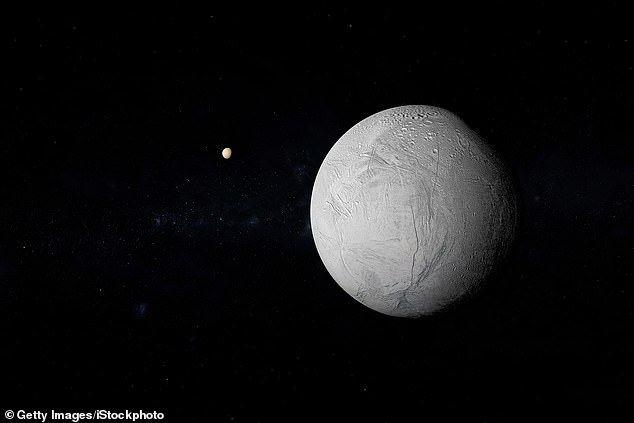 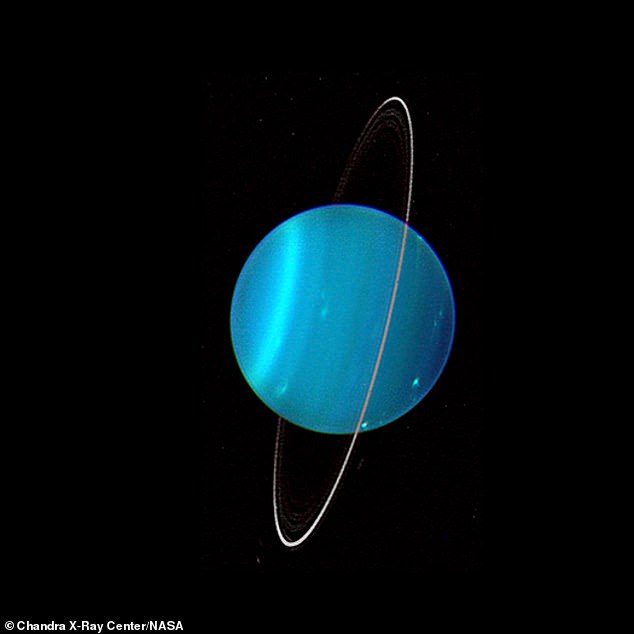 Known as the Committee on the Planetary Science and Astrobiology Decadal Survey, it designates a Uranus Orbiter and Probe as the highest-priority flagship mission

There are three top-level scientific themes that encompass all the proposed missions – origins, worlds and processes, and life and habitability.

Under these are 12 priority science questions that should be used to guide mission selection and research efforts, according to the team.

Uranus Orbiter and Probe (UOP): Deliver an in situ atmospheric probe and conduct a multi-year orbital tour that will transform our knowledge of ice giants in general and the Uranian system in particular.

Enceladus Orbilander:  Analyze fresh plume material coming from the subsurface ocean of Saturn’s frozen moon from orbit and during a two-year landed mission.

New Frontiers (NF) missions: Smaller scale missions prioritized based on how well each would address the priority science questions.

The Discovery program: Frequent missions that address any science achievable within a specified cost cap, with a central goal to maximize innovative science per total cost.

The Discovery Phase A through F cost cap should be $800 million in FY25 dollars, exclusive of the launch vehicle, and periodically adjusted throughout the decade to account for inflation.

This cap will enable the Discovery Program to continue to support missions that address high-priority science objectives, including those that can reach the outer solar system.

The Enceladus Orbilander, is the second-highest priority mission outlined by the authors of the report, involving a visit to the sixth largest moon of Saturn.

It would look for evidence of life beyond Earth in a world that is full of water – with plumes spewing from the ocean under the surface.

The Orbilander would search for evidence of life on Enceladus from orbit and during a two-year landed mission that would perform detailed studies of fresh plume material originating from Enceladus’ interior ocean.

For the first time the report also recommends investment in planetary defense, protecting Earth from incoming asteroids and comets.

It also focuses on improving NEO modeling, prediction, and information integration, and developing technologies for NEO deflection and disruption missions.

This would be a follow-up to the DART (Double Asteroid Redirection Test) currently heading to an asteroid to see if crashing into it can change its orbit.

The report says the highest priority planetary defense demonstration mission should be a rapid-response, flyby reconnaissance mission targeted to a challenging NEO of 160 to 320 feet in diameter.

This is representative of the population of objects posing the highest probability of a destructive Earth impact.

Some of the proposals continue themes NASA is already focusing on, such as returning to the moon and heading towards Mars.

Mars and the moon each provide the opportunity to investigate a wide range of priority science questions at relatively easy to reach destinations, the report says.

It recommends NASA develop scientific exploration strategies in other areas of broad scientific importance, such as Venus and ocean worlds, that have an increasing number of U.S. missions and international collaboration opportunities. 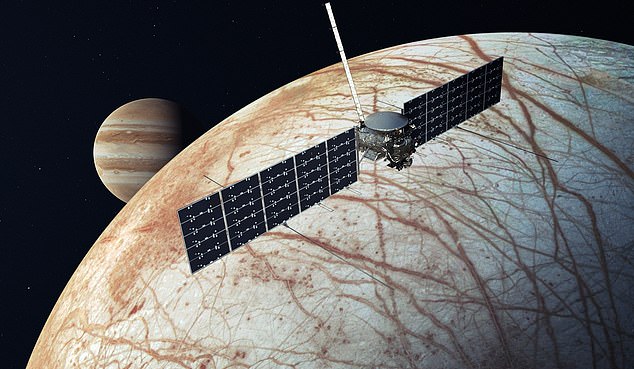 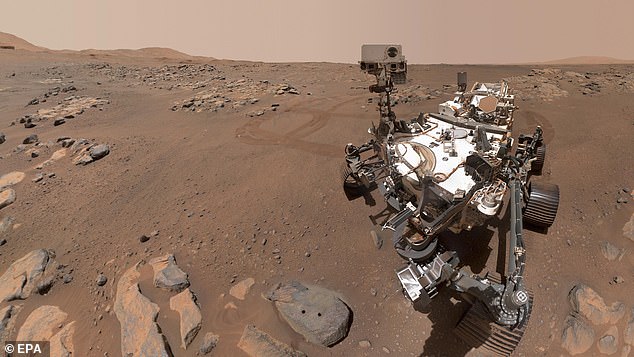 NASA should maintain the MEP and prioritize the Mars Life Explorer (MLE) as the next medium-class MEP mission. While the Mars Sample Return (MSR) looks for ancient biosignatures, the MLE would seek extant life and assess modern habitability.

The prior decadal survey recommended a Mars sample caching rover as NASA’s top priority flagship mission, which is being implemented as the sample return program.

MAIN AREAS FOR STUDY IN THE REPORT

The new decadal survey reaffirms the broad and fundamental scientific importance of Mars sample return , and says the highest scientific priority of NASA’s robotic exploration efforts this decade should be sample completion as soon as practicably possible with no change in scope.

However, it cautions that the cost should not be allowed to undermine the long-term programmatic balance of the planetary portfolio.

If costs increase substantially, NASA should take strong efforts to secure a budget augmentation to ensure the success of this strategic mission.

The report contains a suite of recommendations aimed at ensuring there is the funding, infrastructure, and technology needed to support the prioritized missions and other research efforts going forward.

NASA’s level of planetary technology funding has declined over recent years to just 4% and now falls short of recommended levels of investment.

The report calls for funding to be 6% to 8% of its budget, in order to achieve the significant technology advancements that will be needed to accomplish strategic research and missions prioritized in the report.

‘But I think at the same time, we are being squeezed by two major missions, Mars Sample Return and Europa Clipper.’

‘The next decade of planetary science and astrobiology holds tremendous promise,’ the report claims on its first page.

‘New research will expand our understanding of our solar system’s origins, how planets form and evolve, under what conditions life can survive, and where to find potentially habitable environments in our solar system and beyond.’

The full report is available from the National Academies of Sciences, Engineering and Medicine.