The look of love! Naomi Watts, 54, beams next to beau Billy Crudup as she dazzles in a shimmery dress at launch party for her menopause brand

Naomi Watts looked typically stunning as she and beau Billy Crudup attended the launch party for her new brand Stripes in the Pacific Palisades neighborhood of Southern California.

The TV and film star, 54, fittingly wore a sparkly striped dress while her partner, also 54, donned a button up shirt and dark pants.

The Watcher star – who became perimenopausal at 36 – felt there was a ‘clear’ need for the beauty industry to accommodate the ‘scalp to vag’ impact caused by the changes in hormones.

The actress told InStyle magazine: ‘It became clear to me that even though some brands were catering towards women of my age group, I didn’t feel like they were representing the women in an honest way, whether it was through their ad campaigns or just their general messaging.

‘You would find 26-year-olds or 28-year-olds in their advertising, and that just seemed like a promise that we could never fulfill. And it actually makes you feel bad because you’re not seeing yourself represented in that piece of storytelling.’

Naomi – whose brand includes ‘hair and body stuff’ such as ‘Dews As I Do’ brightening serum and ‘The Crown Pleaser’ densifying hair mask – felt it was important to add ‘vaginal products’ to combat dryness caused by menopause. 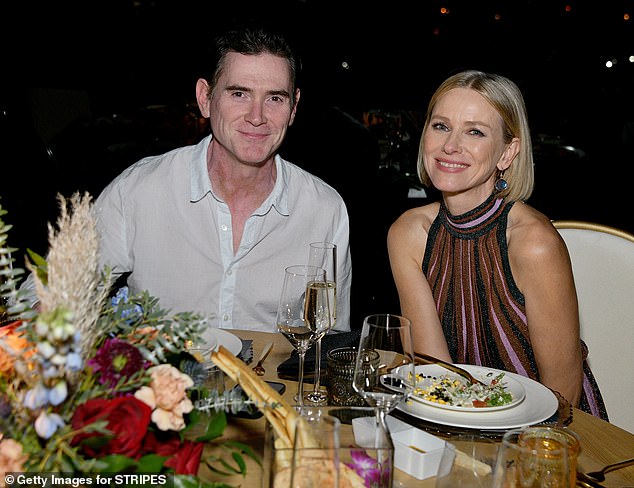 His and hers looks: The TV and film star, 54, fittingly wore a sparkly striped dress while her partner, also 54, donned a button up shirt and dark pants

She said: ‘We included hair and body stuff, and then the vaginal products because that’s also an area that suffers.

‘One thing people say about menopause is that the libido lessens, and of course it does a little bit because our hormones are not driving our moods anymore. But it doesn’t mean we stop thinking about sex or we stop wanting sex; we still have desire.’

She added, ‘You just have to get a little more organized and put a little more effort into it because women can be put off by sex when things are drying and it becomes painful. But I find, actually, post-menopause, things have been pretty good.’ 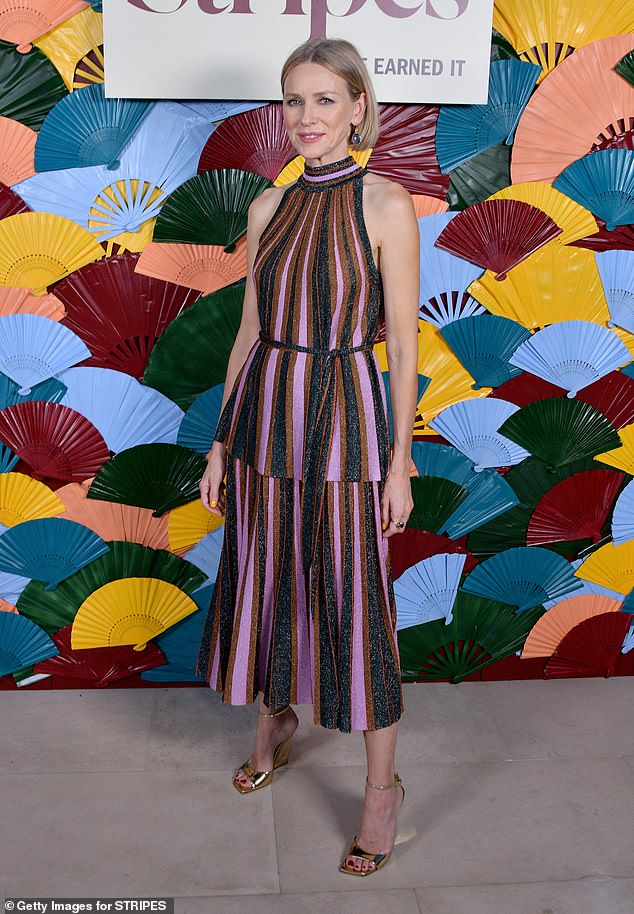 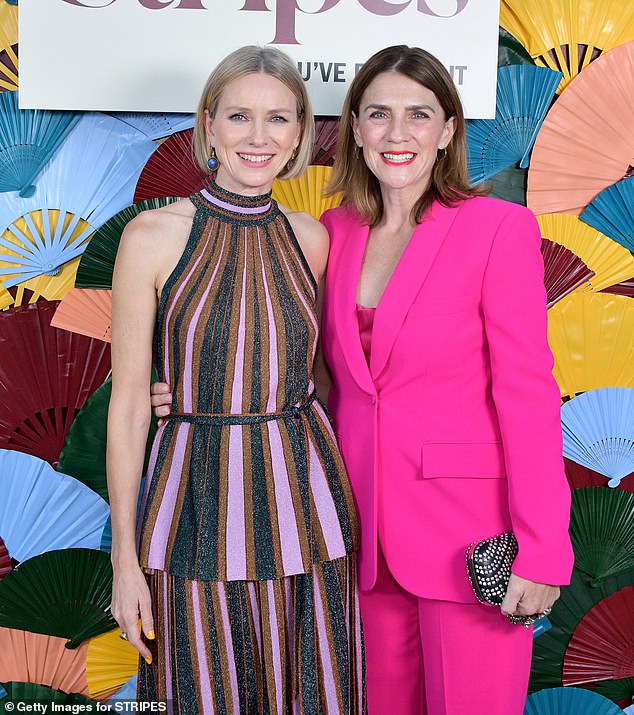 Photo-op: Naomi posed up with Amanda Thebe at the event launching her new endeavor

The Mulholland Drive star – who shares daughter Kai, 13, and son Sasha, 15, with her ex Liev Schreiber, 55 – isn’t ‘going to remain silent’ through the process, unlike the women that came before her.

Naomi said: ‘I think we’re the first generation who really knows how to use the internet that has gone through menopause, so there’s never really been a platform for [this].

‘It feels like an intergenerational thing that we’re doing because we’re now realizing what our mothers and grandmothers went through in silence, alone.

And we’re saying we’re not going to remain silent through our suffering.’ 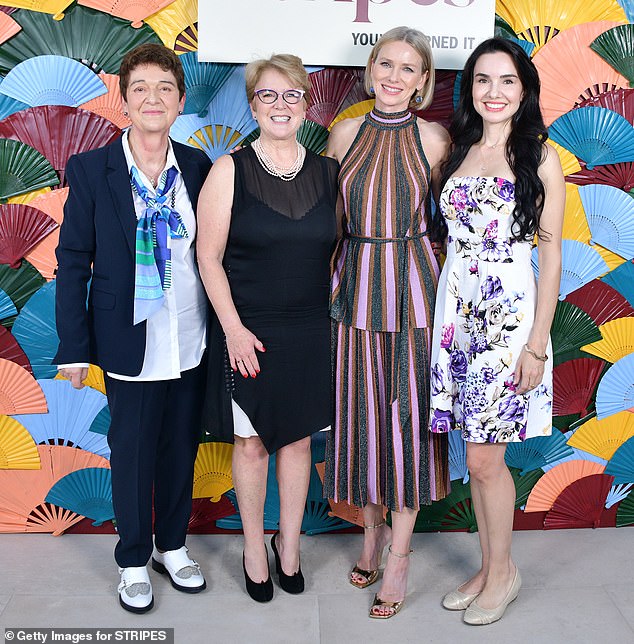