Naomi Campbell could be set for court showdown as her Russian billionaire ex-boyfriend Vladislav Doronin, 57, ‘sues her for outstanding loans and property worth $3 million’, according to court documents

Naomi Campbell is reportedly being sued by her Russian billionaire ex-boyfriend for ‘outstanding loans and property’ worth some $3million.

Vladislav Doronin, 57, is understood to be claiming the British supermodel kept some of his property.

The Russian businessman valued his belongings at $3million and said Campbell, 50, has refused to return them, legal documents seen by TMZ show.

It was not immediately clear which in court the documents were filed nor how much Doronin claims Campbell owes.

Vladislav Doronin, 57, is also understood to be taking the British supermodel (pictured together in 2012) to court over claims she has kept some of his property

The property magnate, a close friend of actor Leonardo DiCaprio, dated Campbell for five years from 2008 after meeting at the Cannes Film Festival.

His assets included a yacht, the Lady In Blue, a private jet, a space-age house in Moscow, a flat in Knightsbridge and a holiday home in Ibiza.

He would showered Campbell with gifts including time in the £10,000-a-night presidential suite at the Ritz Carlton Moscow.

The billionaire also reportedly bought her a Zac Posen dress for £26,000 at a charity auction. 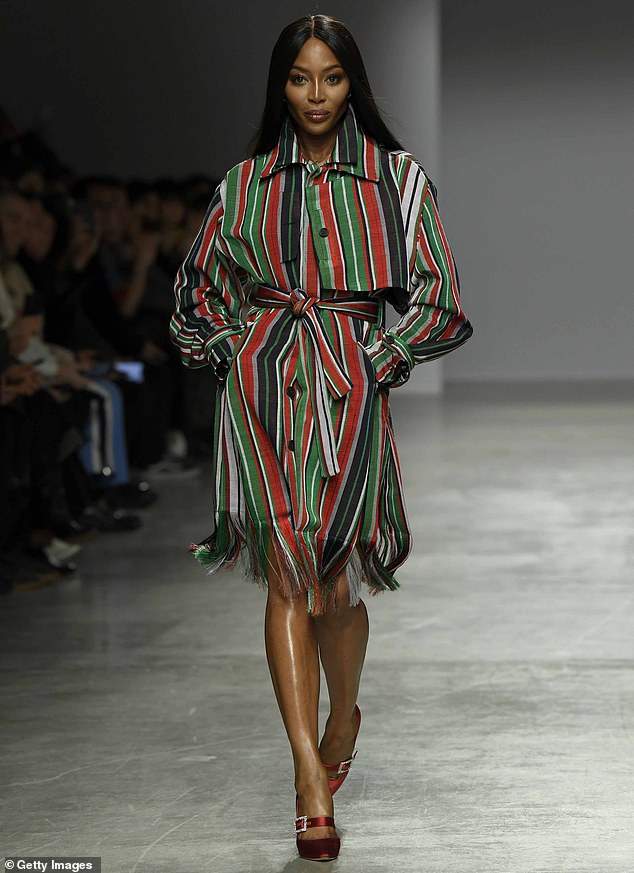 The Russian businessman valued his belongings at $3million and said Campbell (pictured in February), 50, has refused to return them, legal documents seen by TMZ show

There were regular rumours of an engagement or wedding but he was married to Ekaterina. They separated in 1998 but had not divorced.

Meanwhile Campbell recently rubbished suggestions she is no longer on speaking terms with her other ex-boyfriend Skepta.

The supermodel was romantically linked with the Grime artist, 37, in 2018, though they never publicly confirmed their relationship.

After she made comments about an acrimonious break up with her last beau, fans were quick to claim she was talking about Skepta, which she has since disputed. 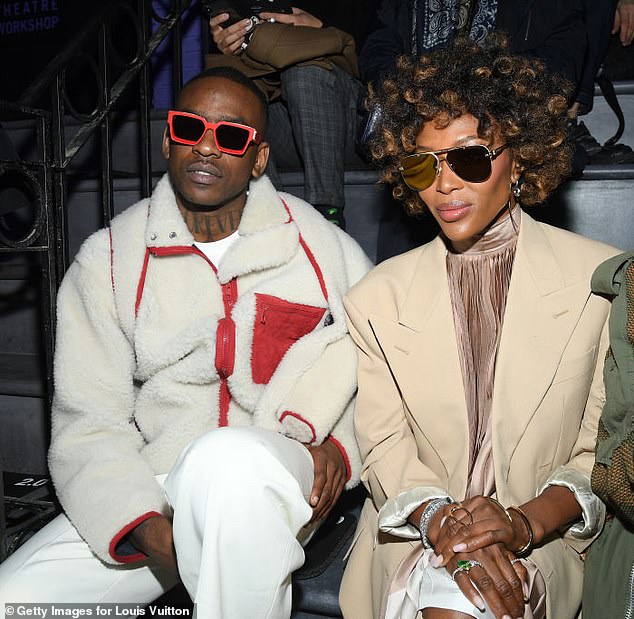 In an Instagram post in June, the Vogue cover star shared snaps of herself cosying up to the rapper, as she penned: ‘STOP. All love between Us @skeptagram’.

Speaking to Times Weekend magazine, Naomi said that she is on good terms with all her previous ex-boyfriends, but admitted she isn’t friends with her ‘last’ ex.

Discussing who she has dated, she said: ‘Why don’t you say it the other way round? Surely it was their privilege just as much as mine to be with them? But yes, I had some wild and exciting times until I changed my life aged 29.

‘Whatever they say about me, I have remained friends with all my exes… except the last one.’

Asked if she means Skepta, she simply said: ‘A lady never discusses the details of her private life.’

MailOnline has contacted Campbell’s representatives for comment on the court documents.