A California dermatologist who was arrested on suspicion of poisoning her husband was allegedly caught in the act after her partner set up a nanny cam in the couple’s kitchen of their $2.7million home.

Chen, a radiologist, told police he had become sick and suffered serious injuries before handing them the video evidence he says proves his claim.

Chen, who is now seeking a divorce after 10 years of marriage, claimed Yu abused him and their two children for years, with the dermatologist once shouting at the youngsters to ‘go die,’ according to court documents obtained by the New York Post. 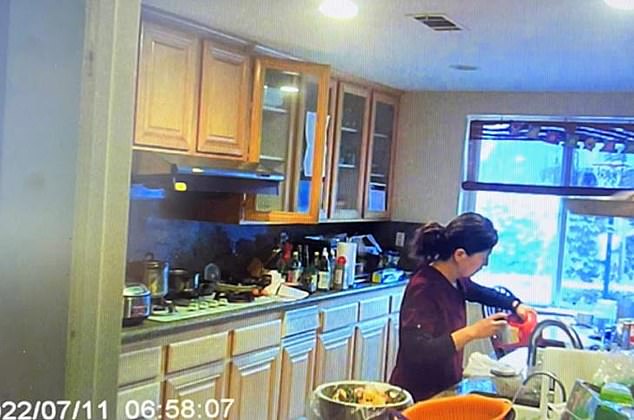 Chen, a radiologist, told police he had become sick and suffered serious injuries before handing them the video evidence he says proves his claim

‘When Emily gets frustrated and yells at the children, she’ll commonly use a Chinese phrase that translates to “go die”,’ Chen wrote in a court statement as he sought a restraining order against his wife.

Yu was arrested on Thursday around 6 p.m. outside her dermatology office located in Mission Viejo, approximately 15 miles away from the couple’s home in Irvine, Calif., Lt. Bill Bingham told DailyMail.com.

Bingham said Chen called the Irvine Police Department earlier in the day on Thursday and shared with them that he was ‘being poisoned by his wife’ and said he had ‘video evidence to share.’ 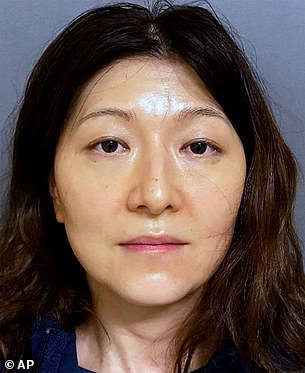 Dr. Yue P Yu, pictured, has been arrested over claims she tried to deliberately poison her husband

‘Our officers reviewed the video,’ Bingham said, before Yu was arrested on suspicion of poisoning her husband.

Bingham added: ‘The allegations that were made by the husband was incredibly serious and we thought it was important to take quick investigative action on the case based on the allegation.’

Yu has not been charged but Chen has been granted a temporary restraining order against his wife while police continue their investigations.

No motive for the shocking crime has emerged. Yu, who works at the Providence Healthcare system in Mission Viejo, has had her work headshot removed from her employer’s website. A spokesman said they were cooperating with police.

Chen claimed his wife’s behavior changed after their son and daughter, who are now aged seven and eight, were born in 2013 and 2014. He also claimed that Yu’s mother, Yuqin ‘Amy’ Gu, also verbally and physically abused their children. 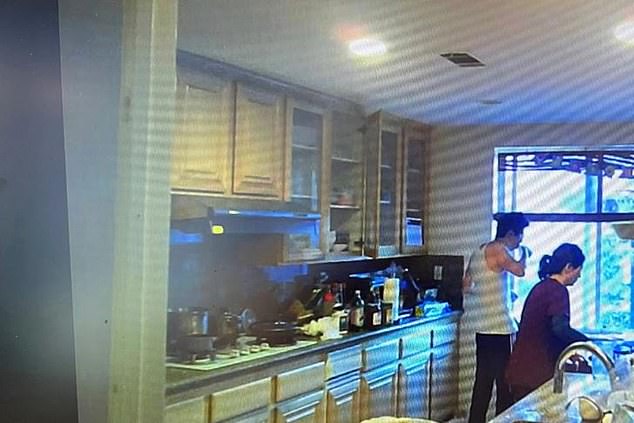 Chen claimed Yu spanked her daughter when she was three-years-old because she wet her bed. Yu also allegedly hit her son on his head and arms when he was two.

‘When the kids fall asleep without permission, even if after 11:00 p.m. she would wake them up, demand that [they] go to her room, shut the door and make them cry,’ he said.

‘At the end sometimes she would tell the kids to get out and then slam the door behind them, making them cry outside her door.’

When the children would play piano after school, Yu would allegedly tell them they were ‘f***ing stupid’ until they cried.

He said Chen did seek medical treatment once he became ill but was unable to provide details to whether a blood test revealed the poison in his bloodstream.

‘Due to the integrity of the case it appears the poisoning happened over a period of time,’ Bingham said.

Yu was arrested at her office after she she was interviewed by police.

‘Our detectives contacted Yu as she was leaving her place of employment. They interviewed her and following her interview detectives placed her under arrest.’

He added: ‘She [Yue Yu] was arrested under a section of California law that alleges she woefully placed a poison or harmful substance in food, drink, medicine or pharmaceutical product,’ he said. 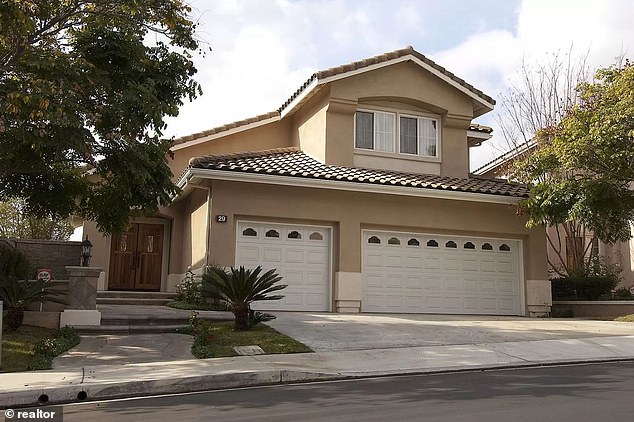 The alleged poison attacks are believed to have happened at their $2.7 million mansion in Irvine, Calif.

Bingham told DailyMail.com they’ve not discovered any connection of this incident with Yu’s employment.

‘The motive is still under investigation. It appears it was a domestic related incident between a husband and wife.’

The husband told officers he suspected she had been poisoning him and set up surveillance video to confirm it.

Bingham told DailyMail.com he has seen cases of ‘accidental poisoning among children,’ but said ‘intentional poisoning’ cases are not common.

‘I’ve been doing this 22 years and this is a highly unusual and unique case,’ he said.

The couple lived together in a $2.7 million home in Irvine, Calif.

After Yu’s arrest, a search warrant was conducted by Irvine police officers at the home. The attack is said to have left Chen badly injured, although he is now recovering from his injuries.

Yu’s attorney, David E. Wohl told DailyMail.com on Tuesday that his client ‘is absolutely and unequivocally denies poisoning her husband or anyone else.’

He said that her husband filed for divorce around the same time she got arrested.

Since she made bond she has been living in a separate residence and working on a retaining a divorce lawyer.

Wohl said that his client also denied any of the allegations that she was abusing her two children.

‘She denies any allegations of mental and physical abuse against her two young children,’ Wohl said. ‘She’s an outstanding mother.’

Yu, a doctor of dermatology does not appear to be practicing right now since the bombshell allegations surfaced.

‘She has been a highly respected dermatologist in Orange County for many years, of course this affects her reputation and employment as you can expect,’ Wohl said.

Her arraignment is scheduled for November 3 at 8:30 am at Harbor Court in Newport Beach, California.

Until that time, Wohl said his client will be ‘busy preparing for her defense.’

He added: ‘We are convinced that she will get her good reputation back when this is over.’