More than 100 people from the same high school have been diagnosed with brain cancer amid fears uranium in the soil made them ill.

The victims, who all went to Colonia High School in Woodbridge, New Jersey, developed the ‘rare’ glioblastoma years after studying or working there.

The link was only spotted when one former student – now an environmental scientist – noticed people he knew from the institution were getting sick.

Al Lupiano revealed he had a brain tumor 20 years ago, before his wife had one and so did his sister – who died last month aged just 44.

The 50-year-old claims the diseases could be traced back to a nearby sampling plant that dealt with uranium for the first atomic bomb.

He vowed on his sister’s deathbed he would uncover the cause of the illness, adding: ‘I will not rest until I have answers’.

Woodbridge officials said they are looking into his claims to try to determine an underlying cause.

Al Lupiano, 50, and his wife, Michele, both attended Colonia High School in New Jersey together and both have rare brain tumors 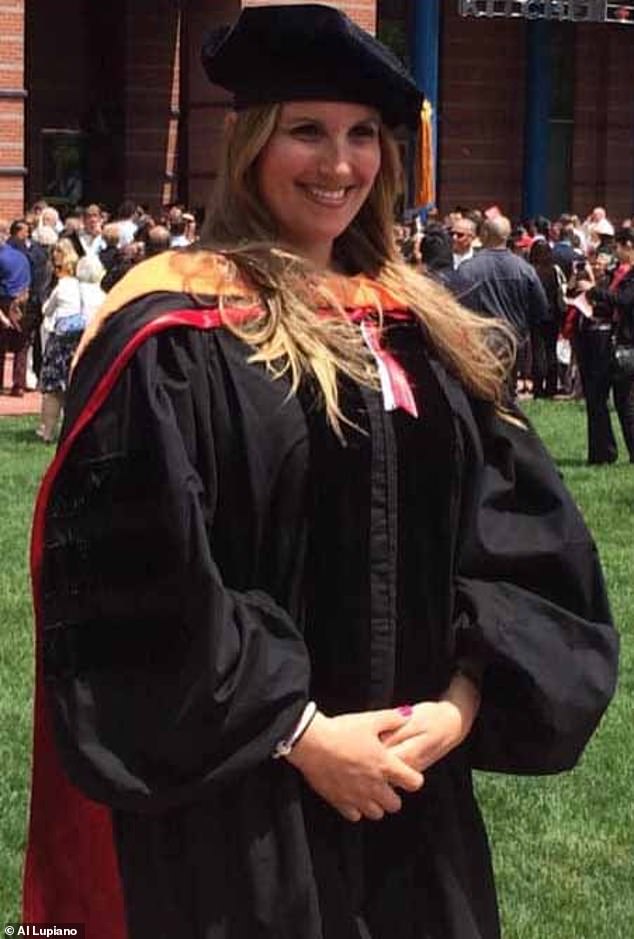 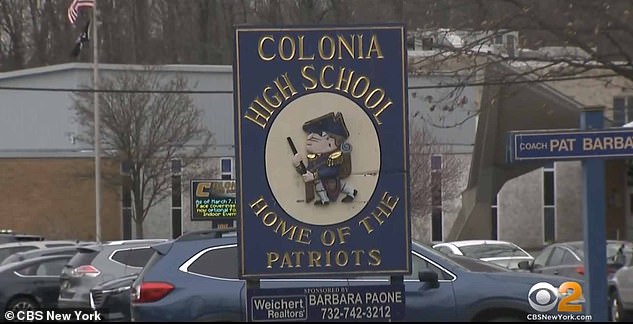 So far, 102 people who attended the school or worked there have had cancerous tumors

Lupiano was diagnosed with his tumor in 2002 and did not make any connection to the school until his wife and sister were taken ill.

The latter, Angela DeCillis, passed away in March and it sparked him into researching the cause.

He started with a small pool of patients but as the numbers grew he noticed people had either worked or studied at the same high school.

Lupiano posted about his research on Facebook and soon realized the number of people affected skyrocketed.

He told CBS News: ‘I started doing some research and the three became five, the five became seven, the seven became 15.

‘Fast forward to August of last year. My sister received the news she had a primary brain tumor, herself. Unfortunately, it turned out to be stage 4 glioblastoma.

‘Two hours later, we received information that my wife also had a primary brain tumor.’

Earlier this year his inbox became flooded with former classmates and teachers from the school saying they were also dealing with rare brain tumors.

Lupiano continued: ‘What I find alarming is there’s truly only one environmental link to primary brain tumors and that’s ionizing radiation.

More than 100 people who have made contact with Lupiano include ‘several types of primary brain tumors such as cancerous forms like glioblastoma.

But they also include noncancerous yet debilitating masses such as acoustic neuromas, haemangioblastomas and meningiomas.

The scientist launched an investigation to uncover what was happening, with him delving into the school’s history including what was on the site before.

But he said: ‘It was virgin land. It was woods. The high school was the first thing to be there, so there was probably nothing in the ground at that time.’

One possibility he is probing is the idea contaminated soil from a nearby sampling plant may have brought uranium ore to the site.

He told NJ Spotlight News the school was 12 miles from Middlesex Sampling Plant, which was used to crush, dry and store uranium ore for atomic bombs.

Lupiano claims some of the contaminated soil was remove from the site after it shut down in 1967 – the same year Colonia High School was built.

He suggested some of the contaminated soil may have somehow ended up on the school grounds.

He added to NJ.com: ‘I will not rest until I have answers. I will uncover the truth.’ 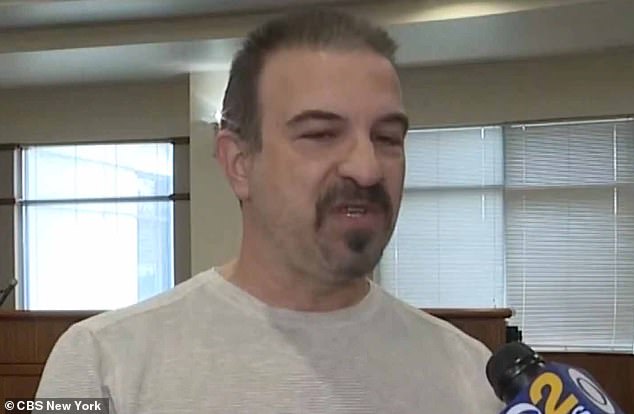 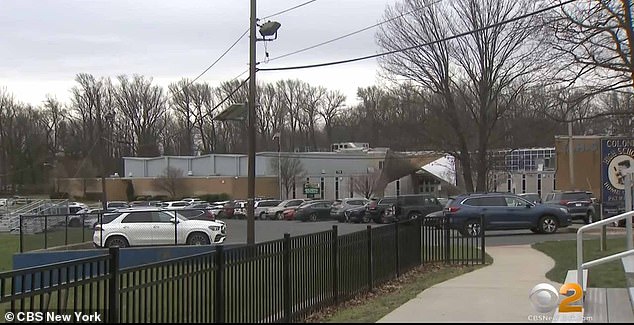 Locals officials also voiced their concern at his findings, with the mayor pledging to look at possible links between the diseases and the school.

John McCormick said: ‘The only thing that could have happened, potentially, was fill that was brought in during construction. We have no records 55 years ago.’

He continued: ‘There could be a real problem here, and our residents deserve to know if there are any dangers.

‘We’re all concerned, and we all want to get to the bottom of this. This is definitely not normal.

‘We are looking at possible things that we can do between the town and school, and they said they will look at anything we come up with.’

Dr Sumul Raval said: ‘To find something like this … is a significant discovery. Normally speaking, you don’t get radiation in a high school . . . unless something is going on in that area that we don’t know.’

District Superintendent Dr Joseph Massimo added: ‘I’m a lifelong resident here. I raised my family here. So the health and safety of our students is of paramount importance to me.’

The state’s Department of Health, Department of Environmental Protection and the Federal Agency for Toxic Substance and Disease Registry are also investigating.