EXPRESS INFORMER > Business & Finances > My son spent £1,000 on Roblox and games – will Apple refund me?

I recently found out that my young son has spent hundreds of pounds of my money in online games, and I am furious.

He spent £245 in in-app purchases in the games Roblox and Five Nights At Freddy’s, which he played on my iPad.

He used my credit card, which was saved on the device, to make the purchases via Apple’s App Store.

Unfortunately this is not the first time my son has done this. In 2020, he made £700 of in-app purchases. At the time, I contacted Apple and about £500 was refunded.

Tablet trickery? This reader’s son paid for credits in online games using his father’s credit card, and he suspects he may have ‘tricked’ the security settings to do so

I am not the most technical person, so I asked what I could do to stop this happening again.

Apple told me to set up ‘screen time’ on the iPad so I could limit the apps my son is able to use at certain times, which I did.

I also set up Face ID, which I thought would ensure that my iPad could only be opened using my face – but I think my son has found a way to trick this system.

I know he is in the wrong here. But is there any chance of me getting the money back this time?

And how has this happened again when I set up all the security features Apple told me to?

I feel as if any child with a basic understanding of YouTube can find workarounds to bypass the securities in place and I do not believe Apple is doing enough to prevent this.

I have contacted Apple to chase the refund and find out how this has happened, but I have not had much success. G.G, Essex

Helen Crane, of This is Money, replies: Sadly, children pinching money from their parents is nothing new.

But while in the past this might have meant sneaking a few pounds from a purse or wallet, modern technology provides young mischief-makers with a whole array of new ways to deviously get their hands on their parents’ hard-earned cash.

With their whole credit card limit potentially on offer, the sums involved can be eye-watering – and children use the fact that they are often more tech-savvy than Mum and Dad to their advantage.

Your son no doubt thought that his sneaky purchases were all fun and games, but after several incidents the amount spent is nearing £1,000 – although you did previously get around £500 refunded.

You do accept that he was in the wrong here, and are no doubt punishing him – but you also want to get to the core of this issue with Apple.

It is a fact of modern life that, despite their best efforts, many children will get hold of their parents’ phone and tablet passwords.

So what can parents do when they spend their money – and what is Apple doing to prevent this?

The good news is that you have already been told that the Roblox transactions, which total around £90 of the £255, will be refunded.

Apple explained to me that, in line with standard consumer rights, anyone can cancel their ‘order’ for something they have purchased on the App Store within 14 days of receiving the email receipt for the purchase, without giving a reason.

This, it said, should be done via the ‘report a problem’ feature in the App Store. If this is done, the Apple spokesperson said it would ‘communicate acknowledgement of receipt of your cancellation to you without delay.’ 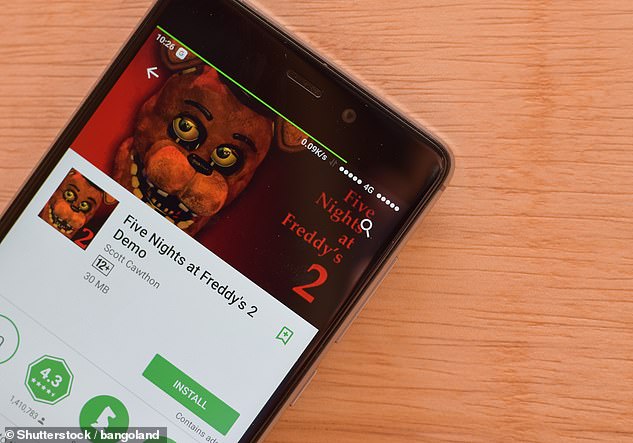 Gaming the system: The in-app purchases the son made without his parents’ knowledge were for games including Five Nights at Freddy’s where he spent £155

Customers can also use the ‘model cancellation form’ which is available on the Apple website, and send it to the firm by email or post.

When a payment is made, the account holder will receive an email to the address associated with the account, and it will also show up on their bank statement.

But if parents are unaware of their child’s spending, and don’t check the email associated with the account or their bank statements regularly, they might miss this 14-day deadline and therefore be ineligible for a refund.

After I got in touch with Apple, it said the Five Nights at Freddy’s purchases, totalling around £155, have also now been credited back to your account.

You say you have been unable to find this money. When I checked this with Apple it said the money was refunded to the card that was loaded on your account at the time of the purchases, which you cancelled when you discovered your son’s transactions – so I have suggested you contact your bank to get hold of it. 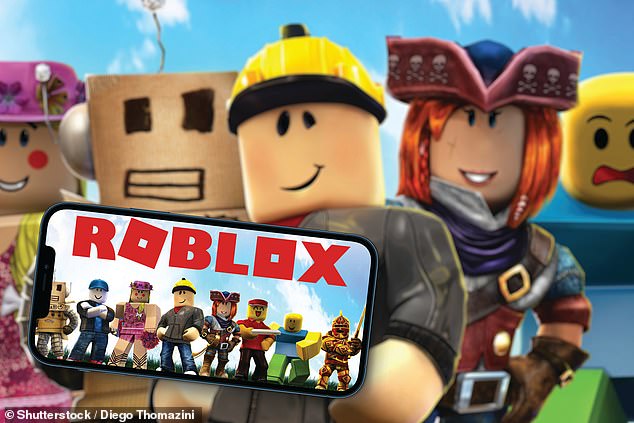 Forbidden purchase: Roblox, which allows users to create their own games and have others play them, was another app in which the reader’s son bought online credits, costing him £90

While you are set to get the money back this time, Apple has declined to refund some of your son’s in-app spending in the past. You were keen to find out why some of the money he spent was able to be refunded, but some wasn’t.

I asked the tech giant why this might be, and while it didn’t comment on your case specifically, it explained a few reasons why refunds are commonly rejected.

If a subscription has been signed up to, it can only be cancelled when the initial payment is taken, and not after subsequent payments – so if some of the amounts you tried to get refunded were subscription payments, your request for a refund would be denied.

There is also an exception to the 14-day rule for getting a refund. This may become void if the ‘content’ purchased has already been used, viewed, listened to or downloaded.

With your son buying credits to use in online games, this could well have been the case with some of his previous spending.

The Apple spokesperson said: ‘You cannot cancel your order for the supply of content if the delivery has started upon your request and acknowledgement that you thereby lose your cancellation right.’

Since this latest round of unauthorised spending, you have removed your credit card from your Apple account and replaced it with a pre-paid HyperJar card, which seems like a good idea.

This means you can top up the funds as needed, and your son cannot spend more money than you have loaded on to the card.

Can my children ‘trick’ Face ID?

With regard to your suggestion that your son has been able to ‘trick’ the Face ID function, Apple denied that this was possible.

There are rumours that the function, which allows a user to open their phone or approve purchases by scanning their facial features, can be duped by holding up a picture of the person or even scanning their face while they are asleep.

The spokesperson said: ‘It is impossible to use a picture to “trick” FaceID. The probability that a random person in the population could look at your iPhone or iPad Pro and unlock it using Face ID is less than 1 in 1,000,000. 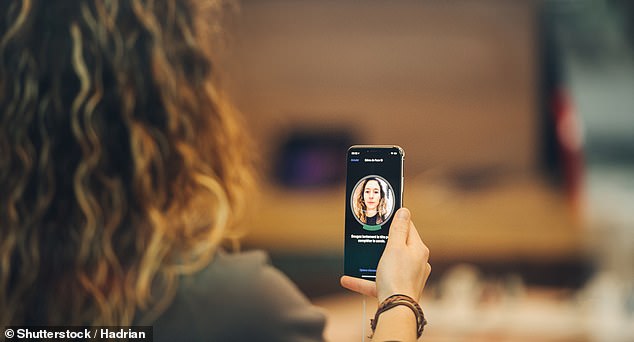 Face it: Face ID is supposed to stop anyone other than the phone’s owner being able to access it – but certain features can be disabled, and some suggest there are ‘tricks’ to bypass it

‘Face ID matches against depth information, which isn’t found in print or 2D digital photographs. It’s designed to protect against spoofing by masks or other techniques through the use of sophisticated anti-spoofing neural networks.

‘Face ID is even attention-aware, and recognises if your eyes are open and your attention is directed towards the device. This makes it more difficult for someone to unlock your device without your knowledge (such as when you are sleeping).’

Despite Apple’s insistence, the internet is full of ‘hacks’ for how to disable or bypass Face ID.

If he knew your iPad password, your son could potentially have turned off Face ID when you had let him in to your iPad, made the purchases and then turned it on again before he handed it back.

It is also possible to disable the option to ‘require attention for Face ID,’ which could potentially allow someone to unlock the device using a face which did not have its eyes open and was not looking at the screen.

I am glad that you have managed to claw back your money in this case.

But this serves as a warning to parents everywhere to keep their credit card details and phone passwords under lock and key – especially when they are saved on to electronic devices.

After seeing the distress this has caused, hopefully your son will stop pinching your money to spend on games and you can live app-ily ever after. 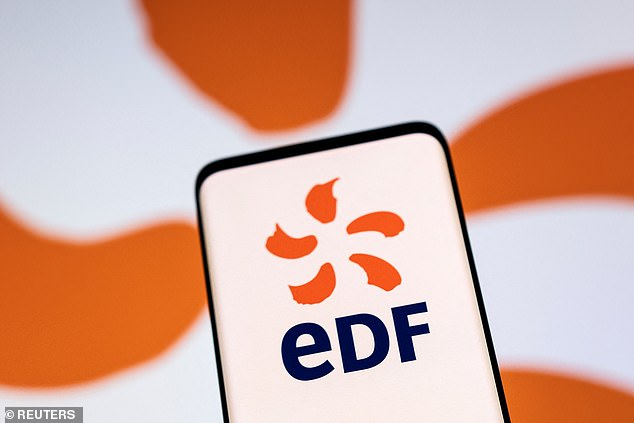 Dubious debt: A reader said EDF had sent him a letter threatening debt collectors, even though he paid for his energy up-front via a pre-payment meter

Miss: A couple of weeks ago, I wrote about how energy firm EDF had wrongly charged a young customer £879 for just over a month of gas and electricity, and threatened to use a debt collection agency to recover the sum.

A reader, who wanted to stay anonymous, then wrote in to tell me the firm had also sent him a letter threatening debt collectors, despite not owing EDF anything.

This would be annoying for any customer, but the kicker is that he is on a pre-paid electricity meter – meaning he pays for his power up-front and is not in debt of any kind.

When I contacted EDF, it said there were reasons why a pay-as-you-go customer might still be in debt, for example if there had been bills left over from a previous property, or if the meter had not been installed properly – but the customer said this wasn’t the case.

What a waste of energy. 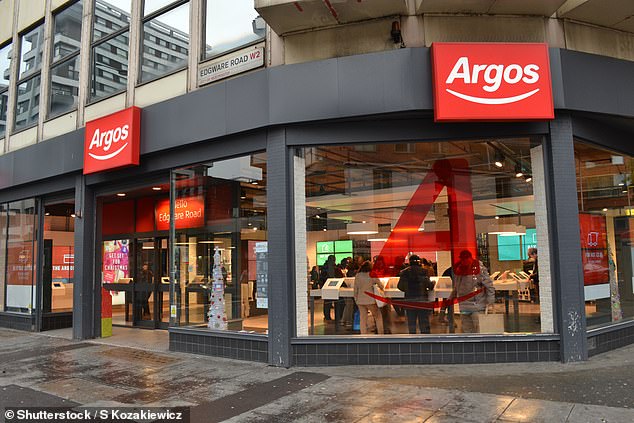 Argos admiration: Our reader said she was happy to find Argos would exchange a faulty product with minimum fuss, even without a receipt

Hit: Reader Mo wanted to let us know how impressed she was with Argos.

She went to the store to exchange something recently as it was faulty – but having not kept hold of the receipt, she was opening herself up to a whole catalogue of horrors.

But instead of making a fuss, Argos sensibly looked up the transaction in its past records and offered the exchange.

‘I want to say how impressed I am with Argos,’ she said. ‘Despite having no receipt to exchange a faulty item, if you have the date they can look it up to verify the purchase.

‘No problem then to exchange. Lots of shops refuse to exchange if there is no receipt.’

Mo may not have had her receipt, but she was certainly in receipt of some good customer service.