EXPRESS INFORMER > Business & Finances > My Macbook won’t turn on due to ‘flexgate’: Why won’t John Lewis fix it?

My wife bought me a 13′ Macbook Pro laptop as a present in June 2017, as a thank you for taking care of everything and caring for our young son while she was in hospital with a chronic illness. We bought it from John Lewis and it cost £1,300.

Six months ago the laptop stopped starting up when I opened it, and the screen was completely blank. We took the laptop to our local Apple Store in December 2021, and the technician said the issue was to do with the ‘flex cable,’ which was too short and therefore wore out in a short period of time.

The Apple Store told me the cost to repair it would be £566 – not far off half the cost of the laptop. My wife and I both went down to part time hours during Covid and are still financially recovering, so we didn’t have the money to spare.

Computer complaint: This reader had trouble getting his Macbook repaired when it broke

I looked into it and it turns out this is a well-known defect in Macbooks from that period – known among users as ‘flexgate’. Apple even recalled certain models because of it, though mine wasn’t one of them.

As we bought it from John Lewis we took it to a store to get it repaired. The 3-year John Lewis warranty expired in 2020, but I believed it would be covered under the Consumer Rights Act as the laptop was not of satisfactory quality nor fit for purpose.

We were pleased that John Lewis accepted the repair and sent the laptop off – but soon after the repair centre contacted me and said John Lewis wouldn’t in fact cover the cost, asking me to pay around £500.

I’ve spoken to John Lewis’ complaints team many times but they are still refusing to pay for the repair. The best offer I have had is a £70 discount.

It told me I didn’t have ‘definitive proof’ that the cable was at fault, even though I sent the report from the Apple Store engineer and the laptop had already been examined by John Lewis’ own repair department. D.E, London

Helen Crane of This is Money replies: Your wife bought you a pricey computer in the hope that it would last for years to come, but the company was not the Apple of your eye when you learned of the manufacturing blunder.

This rendered your laptop – which you needed for work – totally useless, and the £566 the Apple store charged to fix it was a bite out of your monthly budget that you couldn’t stomach.

You rightly sought a repair from the company that sold it to you. Under the Consumer Rights Act, it is the responsibility of the retailer – not the manufacturer – to deal with any issues that arise.

When customers try to get a repair or refund under the act, whether they will be successful depends in part on the product’s durability – in other words, how long it can be expected to last.

But I would argue that an expensive laptop such as yours can reasonably be expected to work for more than four and a half years – the amount of time you had owned it when the problem occurred.

John Lewis has built its reputation on good customer service, and in my opinion it should have agreed to fix your computer which suffers from a well-documented manufacturing issue.

Instead, you were locked in a battle with its complaints department which offered you a paltry £70 towards the repair – about one twentieth of the computer’s value.

You had proof that the laptop was faulty, but this did not compute with the customer service team, despite two tech experts – at Apple and John Lewis itself – inspecting it.

It shouldn’t even have taken that, as even a luddite could see that it wouldn’t turn on.

I spoke to John Lewis to try and get to the core of this issue with your Apple laptop, and I’m pleased to say it relented and agreed to pay for the repair.

A John Lewis spokesperson said: ‘We’re really sorry to hear of D.E’s trouble with his Macbook. While Apple hasn’t identified a recurring fault with this model, we’ve reviewed this case and agreed to cover the repair costs.’

Miss: More tech trauma this week, as reader Janet had a bone to pick with EE regarding a pair of earphones that were supposed to be offered as a perk with her new phone contract.

She had been an EE customer for about 25 years, latterly on a £10 SIM-only contract.

In March 2022 she saw a deal advertised for a new Samsung Galaxy phone on EE which came with a set of Galaxy Buds 2 earphones.

At the time these sold for around £139, and the perk was enough to tempt her away from the cheaper £10 contract. 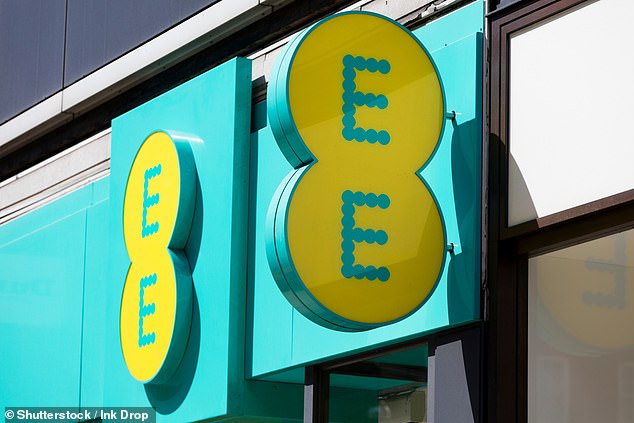 Headphone headache: Reader Janet didn’t get the earbuds she was promised by EE when she took out a new and more expensive mobile phone contract

She arranged a deal with EE, which is owned by BT,  for £37 per month – if she agreed to return her existing phone as a trade-in.

Janet received the phone, but never got the Galaxy Buds, or a link to order them, so she called EE and was told they were on their way.

When they still didn’t turn up, she logged on to the EE live chat and says she spent over three hours messaging several staff members.

She was told that, as she had traded in her old phone, the offer of the buds was void.

She wasn’t told this when she phoned EE to agree the new contract initially – even though the buds were mentioned on the call.

She was offered a £50 bill credit as a goodwill gesture, but would still prefer the buds as she wouldn’t have agreed to the new contract – and paying an extra £27 each month – without that promotion.

I got in touch with EE to see if it would make good on its buds promise – but my request seemed to fall on deaf ears.

It said that, given the £50 credit and the £10 off her monthly bill she got for trading in her old phone, the discounts offered outweighed the cost of the earphones.

It said that the phone she traded in was subject to an ‘increased promotional trade in’ offer, and that if she traded in a different model it would have amounted to less. 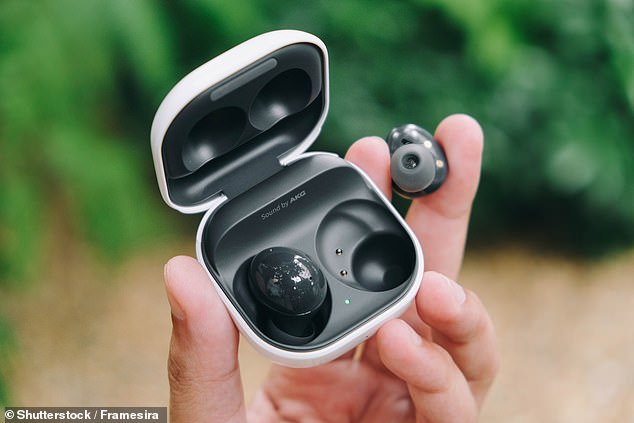 Bud bother: The earphones promised were a pair of Samsung Galaxy Buds, which retailed at around £139 at the time she took out the phone deal

Had she been given a smaller monthly bill discount for the phone trade-in, she might have still qualified for the free earphones – though Janet wasn’t made aware of this at the time.

An EE Spokesperson said: ‘We’re very sorry that Janet has had a poor experience with us. To apologise, we’ve offered a gesture of goodwill and a discount off her monthly charges. Unfortunately, on this occasion we’ve been unable to come to an agreement to resolve the complaint.’

The company is sticking to its guns and told Janet to complain to Ofcom if she didn’t like it.

It’s disappointing that EE couldn’t honour the deal for such a long-standing customer.

With the buds now retailing at £99, the company could have saved itself the £50 bill credit – which Janet has since reluctantly accepted – and provided her the earphones at a cost to itself of only £49.

Some might say that’s a small price to pay for her loyalty. 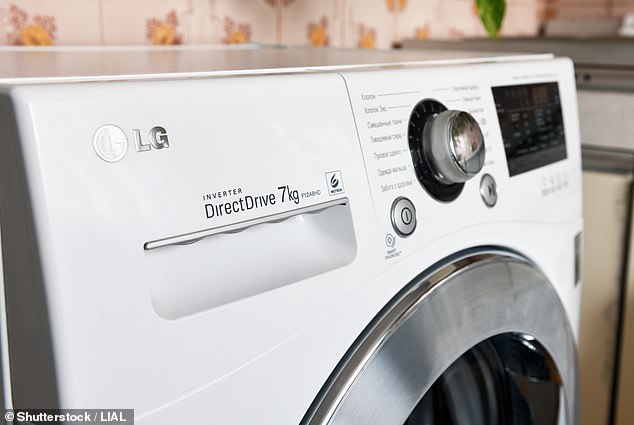 Washing machine win: Carol was happy with the service received from Marks Electrical

Hit: At least one reader was happy with her tech purchase this week. Reader Carol told me she bought a new LG washing machine from white goods retailer Marks Electrical.

It was delivered and fitted, but she later discovered that it was leaking water from the back hose.

She said: ‘I called Marks Electrical, and they were quick to answer and sort the problem.

‘Two very nice men came the next day and fixed the machine. Wonderful service – I would recommend.’