With Elon Musk’s on-off takeover of Twitter back on, attention is turning to what he plans to do if and when he finally gets his hands on the social media platform.

And it did not take long for the 51-year-old tycoon to give his 108m Twitter followers a clue.

Just hours after he did a U-turn and declared that he would press ahead with the £38billion takeover, the world’s richest man tweeted: ‘Buying Twitter is an accelerant to creating X, the everything app.’

High-flyer: But Elon Musk faces a titanic challenge to try and change Twitter if and when his £38billion takeover of the social media platform goes ahead

In a further tweet last night, Musk added that Twitter would be ‘an accelerant to fulfilling the original X.com vision.’

The comment appeared to be a reference to X.com, an online bank Musk co-founded in 1999, which eventually became PayPal.

It fuelled speculation that Musk – should the deal finally go ahead – may try to replicate the success of other ‘everything apps’ such as WeChat in China.

WeChat allows its more than 1bn users to message and call people as well as send payments, and even book taxis.

The idea may carry merit, with Musk who previously told Twitter staff there was a ‘real opportunity’ to create something similar.

Other Musk ideas include incorporating blockchain, the technology behind the bitcoin cryptocurrency, as a way to allow payments.

The vision is in keeping with a man whose other businesses include car maker Tesla, rocket company Space X, and tunnel group The Boring Company.

But some are sceptical. ‘I’ll believe it when I see it,’ said Matt Navarra, an industry commentator, pointing out that apps such as WeChat were ‘hugely successful in Asia’, but had not caught on elsewhere.

‘Could Twitter form part of a super app that lets you buy goods, chat to friends, get news updates, book a taxi etc? Sure. Can Elon Musk make it work? Possibly. Will Elon actually do it? Who knows,’ Navarra said.

Analyst Paolo Pescatore said ‘expect the unexpected’, adding: ‘Who’s to say he will not perform another U-turn further down the line or move on. All options must still be on the table and cannot be ruled out.’ 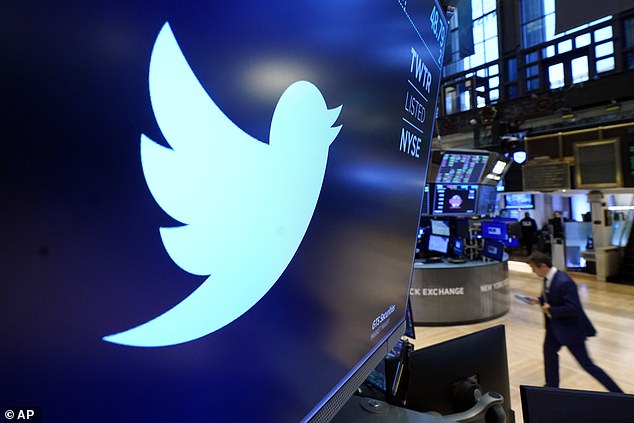 Musk faces a titanic challenge. Since it listed on the stock market in 2011, Twitter has only turned an annual profit twice despite having nearly 240m daily active users.

A key issue is the large number of fake and spam accounts, known as bots, which his lawyers estimated make up around a third of users.

The battle over bots was a key factor in Musk’s decision to back out of the takeover, sparking the acrimonious legal fight before his U-turn.

Another concern is free speech. Musk has described Twitter as a ‘digital town square’ and said he is against ‘censorship that goes far beyond the law’.

He has also said the platform, which has earned a reputation as a Left-wing echo-chamber, should be ‘politically neutral’, which would mean ‘upsetting the far Right and the far Left equally’.

That ignited speculation that a Musk-owned Twitter would allow controversial figures such as former US president Donald Trump, who was banned last year after his supporters stormed Congress, to return.

Musk has attracted several major backers despite a lack of any obvious plan to turn Twitter into a profit making machine.

The looming takeover also raises questions about the future of Twitter’s boss, Parag Agrawal, who has repeatedly butted heads with Musk.

Changes could precipitate an exodus of staff, with some said to be alarmed by the tycoon’s approach to free speech.

Bankers backs to the wall

Banks financing the takeover could be left with heavy losses.

Seven lenders including Barclays, Morgan Stanley and Bank of America backed the takeover when markets were calmer.

They would usually look to sell the debt to investors. But fears of a recession and rapidly rising interest rates have put investors on edge.

The banks, which also include Mitsubishi UFJ, BNP Paribas, Mizuho Financial and Societe Generale, agreed to lend £11billion for the £38billion takeover.

They may have to hold on to the loans, increasing exposure to the risk it may not be repaid.

Daniel Ives, an analyst at Wedbush, said: ‘The banks have their backs to the wall – they have no choice but to finance the deal.’